It’s one of the most heartbreaking things Adam Green, MD, sees as a pediatric oncologist: children who beat their cancer, only to see an incurable brain tumor arise five years later.

“It’s especially tragic because generally by this point they’re teenagers, or they’re young adults who are trying to move forward with their lives after dealing with cancer and still may be dealing with some of the aftereffects of the treatments,” says Green, a CU Cancer Center member who practices at Children’s Hospital Colorado. “Then suddenly they get this secondary tumor that's incurable, and most of them die within a year. It’s really horrible.”

Known as pediatric radiation-induced high-grade gliomas (RIGs), this specific type of brain tumor is caused by cranial radiation therapy for other cancers, most often brain cancers. They account for nearly 4% of all childhood brain tumor deaths, but there have not been many studies on RIGs and how to treat them.

Working with patient samples collected over the past decade by the Morgan Adams Foundation Pediatric Brain Tumor Research Program at the University of Colorado School of Medicine, Green and graduate student John DeSisto spent the past four years analyzing RIGs, using DNA and RNA sequencing to discover how they differ from “de novo” gliomas — or gliomas that develop not in response to cranial radiation. Green and his collaborators —including several CU Cancer Center members, as well as scientists from St. Jude Children’s Research Hospital in Memphis and the Children’s Cancer Center in Hamburg, Germany — were searching for ways to prevent RIGs from forming, as well as methods to treat them once they arise. Their research was published September 20 in the journal Nature Communications.

The role of DNA repair

Through RNA sequencing, Green and his team examined more than 30 tumor samples, ultimately splitting them into two subgroups based on which genes were turned off and on in the samples. One of the subgroups showed an impaired ability to repair DNA, leading the researchers to hypothesize that patients with conditions that cause impaired DNA repair may be at higher risk for developing RIGs once they are exposed to radiation. If those specific weaknesses can be detected early, he says, doctors could provide alternative treatments or monitor patients more closely after radiation to see if RIGs develop.

“What we think is that some patients may have problems with their DNA that are not enough to cause cancer on their own, but when they get exposed to radiation, that puts them at much higher risk,” he says. The reason the tumors take years to grow is because “radiation can damage DNA, but for that transformation to happen from a normal cell that’s damaged by radiation to a cancer cell takes a long time,” he adds. “If DNA is damaged, and that cell isn’t as good at repairing its own DNA, then additional errors in the DNA continue to happen over time, until eventually the cell can transform into a tumor cell.”

Creating a consortium and looking at treatment for a longer life

The researchers also tested a number of FDA-approved chemotherapy drugs on both RIG subgroups, finding that there are certain drugs that seem to be effective against RIGs. Going forward, they plan to develop animal models to further test the drugs, and eventually to develop a clinical trial in humans to identify the best way to treat the tumors.

“We think that the treatments that work for the two different types of these high-grade gliomas may be very different between RIGs and de novo tumors,” Green says. “If we go into a clinical trial, it would be important to do it specifically for RIG. But RIGs are rare, so we’re trying to get other investigators around the world interested in studying these tumors and get a research consortium going that could help with this lab work, help get more patient samples, and then, eventually, all cooperate on a clinical trial.”

Ultimately, Green hopes the research will lead to better treatments for patients either at higher risk of RIGs or who have developed RIGs, so that the number of patients dying young from these secondary tumors starts to decrease.

“There are other types of secondary cancers in kids that come from their prior cancer treatments, like leukemias that that occur because of chemotherapy or sarcomas that happen because of radiation,” he says. “Those are often curable, but RIGs are not. Our goal is to be able to treat these effectively so that patients can have more time with a good quality of life. That even if they get a secondary cancer like this, we can cure it so they can live a long productive life." 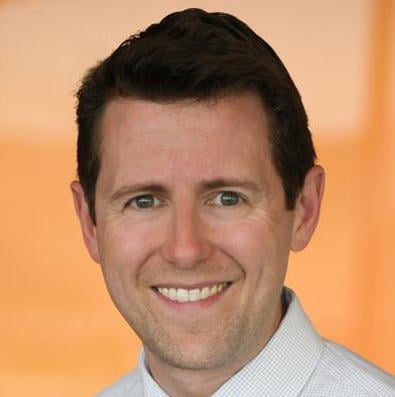