At her lowest point, after hearing there wasn’t much more that medicine or science could do for her, Connie Walters asked her best friend and ex-husband, Abel, to stay with her overnight. She wasn’t sure she would wake up and she didn’t want to die alone.

A part of her was ashamed she had lung cancer and embarrassed to admit her diagnosis to anyone because “a lot of times people want to say something negative or ask what you did to get it. If you smoked, there’s this sense that you deserve it.

“I smoked for 40 years and even though I quit the day I got diagnosed, there were times I’d think I brought this on myself. People would say, ‘Don’t be like Connie’ and that made me feel really ashamed.”

After three rounds of chemotherapy beginning in June 2012, she’d reached a point of resignation. She was coming close to accepting what felt like the inevitable end of her life after hearing there was nothing more that doctors could do for her.

However, in one final attempt to help, her previous oncologist referred her to the University of Colorado Cancer Center and Ross Camidge, MD, PhD, a professor of medical oncology and CU Cancer Center member.

Camidge and the multidisciplinary team that accepted Walters as a patient decided to perform another biopsy to get a bigger sample of the dominant mass in her right lung. Markers of specific mutations or other genetic changes driving some lung cancers have transitioned the care of advanced lung cancer in recent years. However, most of these tend to occur among those who get lung cancer and have never smoked.

Testing on Walters’ previous biopsy had not shown any of these specific markers, but the sample they tested had been very small. “We wondered if something had been missed, so we thought it was worth another look,” Camidge says. Results from the new biopsy showed that Walters’ cancer was ALK positive. Her cancer cells had acquired a break in the anaplastic lymphoma kinase gene. She had not been born with it, but this new change in some of her cells would turn out to be the ring leader of her particular cancer.

ALK positivity is rare in lung cancer in general – it is barely seen in one of every 20 cases – but it is even more rare to find it in someone with a significant smoking history.

“When ALK was first discovered in the late 2000s, some big cancer centers advocated to only test for it in people with lung cancer who had never smoked. We ignored that approach from the start,” Camidge explains. “It’s important that we treat every patient without judgment. With Connie we did not want to judge a book by its cover, we just said let’s give her the benefit of the doubt. The fact that she tested positive for the ALK change is one of the reasons why we shouldn’t let prejudices interfere with who we do tests on.”

For a long time, Walters didn’t have time to slow down and think about how it was getting harder and harder to catch her breath. For decades she was the lady at Denver International Airport who wore a variety of hats, from working in accounts for the companies that operated the airport’s restaurants and bars, to repairing cash registers and leading training in customer service.

She was raising a son and a daughter ­ – Brandon and Autumn, both now adults – and setting up her own cash register repair business while being on 24-hour call for repairs at the airport. She was one of just a few women in Colorado who repaired cash registers. It was busy and high-stress, but she enjoyed the work and the financial independence it allowed her and her family.

Through the first months of 2012, though, she noticed it was getting more and more difficult to walk the airport’s long hallways and concourses. It got to the point that she was having to pause every so often and pant for air, so she scheduled an appointment with her doctor.

She tried not to think about it, but in the back of her mind was a constant reminder that her sister, Debbie, had died at age 47 of lung cancer that migrated to her bones and brain, and that her mother was also battling cancer. Walters had always been a positive thinker, so she tried to keep her mind from going to negative places.

But the first biopsy revealed the news she didn’t want: She had lung cancer. “I was in shock, despite my family history,” she said. “My whole world kind of stopped. I forgot about the airport, I forgot about fixing registers, I forgot about accounting and data input, my phone ringing non-stop. I gave notice at work because I knew I had to focus on me and on getting better, but part of me thought my life was over.”

Between June 2012 and July 2013, she had three rounds of chemotherapy that exhausted her, made her gain a lot of weight, and left her feeling bruised and broken. She felt miles away from the woman who had done every workout with Richard Simmons during her 2003 Caribbean cruise vacation with her mother.

She ended up feeling as though the physical and emotional toll has been for nothing, because the chemotherapy couldn’t kill all the cancer. Her previous oncologist, who also treated her mother, had taken Walters' treatment as far as he could, but he gave her Camidge’s card as one of the last things he could do to help her.

“When you first meet Connie, what you notice right away is that she’s the most positive person,” Camidge says. “One of the things I really like about working with people with cancer is when they’re first diagnosed, the relationship is more one-way, more about what we’re going to do for them. But over time there’s a shift in that and it becomes more two-way. I get an enormous amount out of interacting with Connie. She makes my day better, she makes all my staff happy, she gives as much to us as we have to her.”

The ALK positive marker in Walters’ cancer had only been described in lung cancer a few years previously. Fortunately, the CU team had been involved in the trials that lead to the first targeted drugs for treating this subtype of the disease. Because of that involvement, testing for ALK positivity had been part of the Cancer Center’s routine practice for its patients since 2009. Walters started on Crizotinib pills, the first licensed ALK inhibitor, which had only been approved by the Food and Drug Administration in 2011.

“I knew that this was kind of a ‘magic pill,’ but they might have hesitated to give it to me because they thought I was on death’s door,” Connie recalls. “I tried my best not to be on death’s door, I tried to sit up straight and have some energy, but I was so sick.

“Dr. Camidge knew I was very ill, but he gave me this pill anyway – they call it a miracle pill – and it brings people back to life that are dying of lung cancer. It brought me back to life and I was like, ‘Oh, my God, I’m alive again, I can function again.’ I was so happy and so thankful to Dr. Camidge for that.”

A few years later, however, one of the problems with Crizotinib emerged: It couldn’t stop the cancer from getting into Walters’ brain. Even though the rest of her body was responding beautifully to the drug, she developed about 10 sites in her brain that required focused radiation in June 2015.

Three months later she joined a clinical trial for another, now-approved ALK inhibitor drug called Lorlatonib and has taken it ever since with occasional adjustments to the dose.

“There’s always a reason to be happy”

“The ideal goals of treatment for lung cancer are to achieve perfect control of cancer and perfect quality of life,” Camidge says. “It doesn’t matter whether we achieve it or not, that’s what we’re aiming for. So it’s not always ‘no pain, no gain.’ Our approach is to understand both you and your cancer. If we are controlling it, our job is also to manage all the other health issues in your life so you can be a friend and a mother and a companion. We want to give people the opportunity to grow older.” 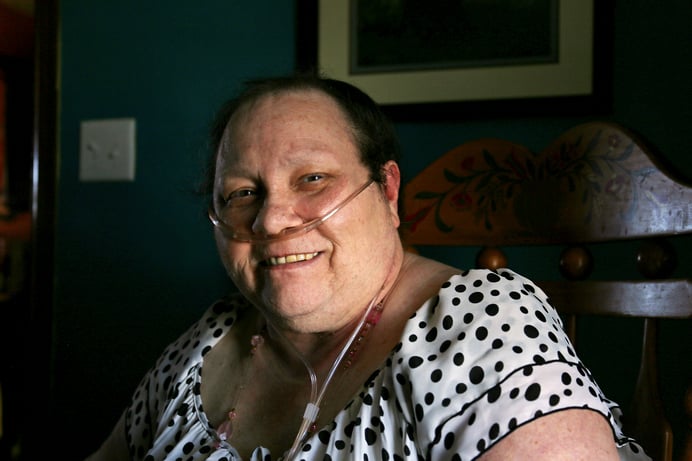 Walters, now 62, laughs that she’s gained years she thought she wouldn’t have, and with them the various maladies of growing older. She developed diabetes and is working to manage it, as well as other conditions that have limited her mobility if not her positive attitude.

“Each day is a gift,” she says. “I have Autumn and my (6-year-old) grandson here with me, and Abel comes every day. I feel blessed that I have my home and I get to be with the people I love. There was a point when I thought I wouldn’t get any of this, when they told me it was hopeless, but I’m still here and there’s always a reason to be happy.” 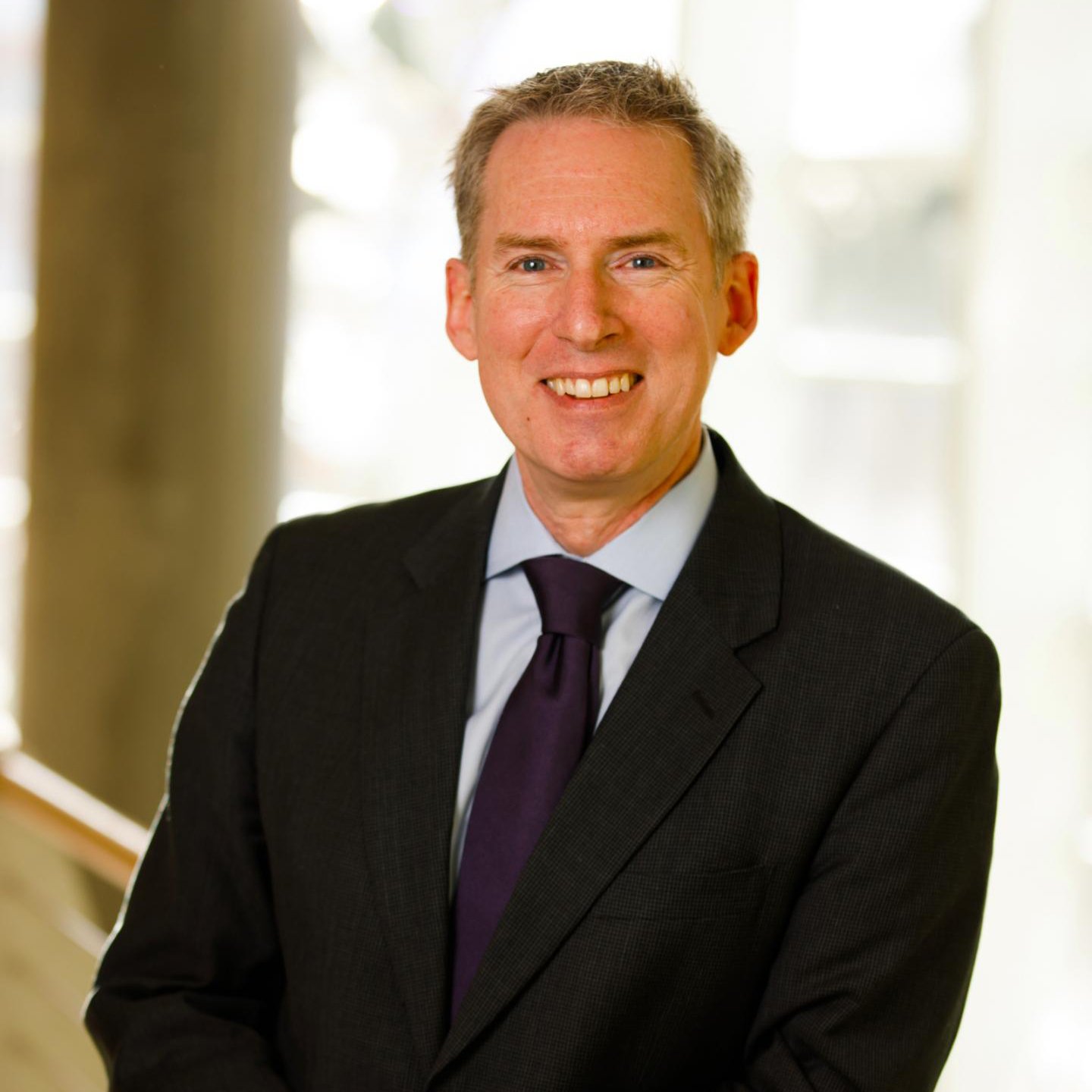