According to the National Cancer Institute, patients diagnosed with non-small cell lung cancer (NSCLC) between the years 1995 and 2001 had 15 percent chance of being alive 5 years later. For patients with stage IV disease, describing cancer that has spread to distant sites beyond the original tumor, that statistic drops to 2 percent. Now a University of Colorado Cancer Center study published in the Journal of Thoracic Oncology tells a much more optimistic story. For stage IV NSCLC patients whose tumors test positive for rearrangements of the gene ALK (ALK+ NSCLC), treated at UCHealth University of Colorado Hospital between 2009 and 2017, median overall survival was 6.8 years. This means that in this population, instead of only 2 percent of patients being alive 5 years after diagnosis, 50 percent of patients were alive 6.8 years after diagnosis.

“What this shows is that with the development of good targeted therapies for ALK-positive lung cancer, even patients with stage IV disease can do well for many, many years,” says Jose Pacheco, MD, investigator at CU Cancer Center and the study’s first author.

Of the 110 patients on the current study, 83 percent were never-smokers, and had a median age of 53 years. Almost all of these patients were initially treated with the drug crizotinib, which earned FDA approval in August 2011 to treat ALK+ NSCLC, but had previously been available in Colorado and other academic medical centers in the setting of clinical trials. Importantly, after treatment with crizotinib, when patients on the current study showed evidence of worsening disease, 78 percent were transitioned to another ALK-inhibitor, commonly brigatinib, alectinib or ceritinib.

“Many studies have reported shorter overall survival for patients with stage IV ALK+ NSCLC treated with crizotinib.  These studies had lower survival outcomes in large part because of a lower percentage of patients receiving next-gen ALK inhibitors after progressing on crizotinib. Patients here were getting next-gen ALK inhibitors in phase 1 and 2 clinical trials before many other centers had access to them,” Pacheco says.

Another factor that influenced survival was the use of pemetrexed-based chemotherapies in ALK+ lung cancer.  Often, in addition to targeted therapy with ALK inhibitors, patients will undergo chemotherapy (and sometimes radiation). However, there are many chemotherapies to choose from, and it is often unclear which specific chemotherapies are most successful with specific cancers, stages, and patient characteristics. A 2011 study by CU Cancer Center investigator D. Ross Camidge, MD, PhD, who is also senior author of the current study, suggested that pemetrexed works especially well against the ALK+ form of the disease.

Interestingly, the existence of brain metastases at time of diagnosis did not predict shorter survival.

“A lot of the new ALK inhibitors that were developed after crizotinib get into the brain very well, and they work similarly in the brain when compared to outside the brain. And we’re doing more careful surveillance of patients to see when they develop brain mets – instead of waiting for symptoms and then treating, we’re monitoring for the development of metastases with imaging of the brain and if we see something new, we sometimes treat it before it causes symptoms,” Pacheco says.

The most predictive factor of shorter survival was the number of organs that were found to carry cancer at the time of diagnosis.

“At this point, 6.8 years is one of longest median survivals ever reported for a NSCLC subpopulation with stage IV disease,” Pacheco says. “It shows the benefit of targeted therapy and how it’s changing survival for a lot of patients. And I think it suggests that for some types of NSCLC, it may become much more of a chronic condition rather than a terminal disease.” 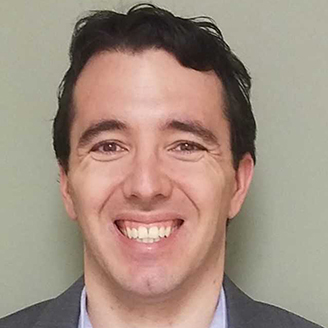