Janani Ravi, PhD, assistant professor in the Department of Biomedical Informatics at the University of Colorado School of Medicine, didn’t intend to challenge the status quo when she began her career in data science. But after several years of working diligently on her research in computational biology as a graduate student at Virginia Tech, as a postdoc at Rutgers Biomedical and Health Sciences, and then as an independent researcher/faculty member at Michigan State University (MSU), she began to see a pattern emerge, particularly on the conference circuit.

“Conferences are spaces to meet and network within and across academic and technical fields, learn about new advances, and share our work,” she explains. “They can help define career paths and create long-lasting collaborations and opportunities.”

“In our field, when we go to meetings or conferences, there’s one route, which is the standard open call where people submit these short abstracts and then your abstract gets selected based on scientific merit,” she continues. “But there is also this other route, where if you are known in the field, you also get invited to these opportunities.”

It was especially on this latter route that she detected hidden barriers.

“I can’t be sure, but it always seemed like female colleagues and people of color received far fewer opportunities to speak at these events, to serve as panelists, and to sit at the table,” she says.

She set about to change things, and in 2019 co-founded the first East Lansing, Michigan, chapter of the “R-Ladies,” which promotes gender diversity in the R statistical programming and data science communities. It quickly took off, surpassing 850 members and earning MSU’s All-University Excellence in Diversity Award in 2020. Meetings were open to anyone but led by women and LGBTQIA+ individuals, providing the experience of presenting their work that is crucial to professional development.

Since then, Janani co-founded two other organizations: Women+ Data Science with MSU and the University of Michigan, and AsiaR, which aims to foster connection among Asian R communities and increase representation in international platforms. Having recently moved to Colorado, she wants to diversify data science here and see a new R-Ladies chapter created in Aurora, “but I plan to pass the torch,” she says with a smile.

Casey Greene, PhD, founding chair of the Department of Biomedical Informatics, says the field would benefit by breaking down barriers.

“If folks developing a technology are overwhelmingly of one demographic, that technology may not work the same for people not from that group,” he says. “If professional meetings are not inclusive, it is likely to set the whole field back. It will have an impact on what science is recognized.”

When Janani joined the newly formed department in mid-2022, Greene was impressed with the innovative ways she had championed diversity, equity, and inclusion – as an untenured faculty member at MSU at the time – particularly through her role on the global coordinating committee at the useR! conference. She’d co-authored and published guidelines (see sidebar), “Ten Simple Rules to Host an Inclusive Conference,” which she drew upon to advocate for drastic changes to the event.

One significant modification was to offer multilingual programming, with some presentations offered in Spanish and French as the primary language, and captions available in other languages. While the international scientific community primarily communicates in English, this presents barriers and stifles contributions from non-English speakers, says Janani. Her team made meeting materials and post-meeting abstracts available in 10 languages, and presenters were invited to submit proposals in languages other than English. Meeting abstracts and presentation materials were required to be in an accessible format so that visually and hearing impaired participants could engage fully. Janani credits these changes for a 75% increase in overall attendance the year after implementation.

Janani is passionate about mentoring the next generation of data scientists in her lab at the CU Anschutz Medical Campus, where researchers develop computational approaches to studying molecular pathogenesis and infectious diseases. In assembling her team, which will include researchers from four continents, she has spent time recently reflecting on her goals.

“Embracing diverse, and often unfamiliar, backgrounds and cultures are necessary to build a cohesive, diverse team,” she says.

She welcomes new members to her lab in the Department of Biomedical Informatics by introducing herself with her pronouns (she/her) to set the tone for an inclusive environment. Having previously worked with trainees from several, often intersecting underrepresented groups in quantitative sciences – women, LGBTQIA+, Asian, African, Latinx, low-income backgrounds, and first-generation students – she is mindful of the challenges they face and adjusts her mentoring approach to help them thrive. One recent experience involved supporting a trainee going through gender affirmation.

“It was a learning experience for me,” she recalls. “I had no clue how or what to say, but the onus should not be on the minority members to explain to us their situation.”

During her tenure at MSU, Janani also noticed financial inequities among students. Those from affluent families could volunteer in the research lab, a luxury other students could not afford.

“I wanted to level the playing field, so I created paid positions for all undergraduate or visiting students. That way, they could get the experience they need to advance their careers. I also found every opportunity I could for them to present at national and international conferences, to highlight their individual contributions as early career researchers, and to enable them to develop their professional skills and social capital.”

“I believe in identifying and recruiting potential researchers based on their curiosity, passion, and growth mindset rather than solely on their existing skill sets,” she says. “The latter is strongly influenced by social capital and privilege.”

These are just a few of the initiatives Janani plans to employ at CU Anschutz. With the university’s stated goal to promote diversity, equity, and inclusion, she only sees opportunities – and a seat at the table.

Editor's note: Janani Ravi, PhD, assistant professor of biomedical informatics at the CU School of Medicine, has requested to be identified by her first name in this article. 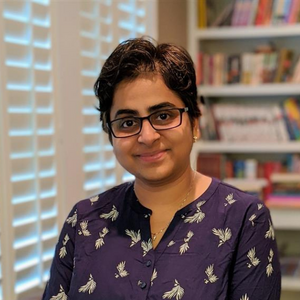 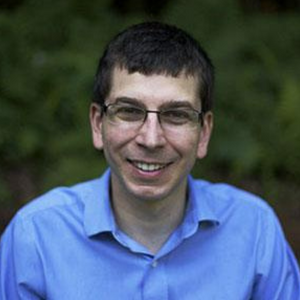