Home News Does Nature Want Us to Be Fat? back to News

In his newly published book, "Nature Wants Us to Be Fat", Richard Johnson, MD, presents evidence on the discovery of a "survival switch" that may be responsible for excess fat storage and other major diseases.

After nearly 40 years of research, Richard Johnson, MD, a professor of medicine in the Division of Renal Diseases and Hypertension, presents compelling evidence on the discovery of a fructose-powered “survival switch” in his newly published book, “Nature Wants Us to Be Fat.”

This survival switch is a metabolic pathway that animals in nature turn on and off to store fat as needed. However, Johnson presents in his book the hypothesis that the human modern diet has fixed the switch into the “on” position, and is not only responsible for excess fat storage, but is also a primary contributor to major diseases including heart disease, cancer and dementia.

History, Evolution and the Animal Kingdom

“For years, people thought that obesity was strictly an energy balance equation where people eat too much and exercise too little, and the consequence is the extra energy is stored as fat. It makes sense—as it’s the law of physics and the law of thermodynamics,” said Johnson. “However, the implication of the hypothesis is that it is our behavior that is driving obesity, and that it should be simply correctible by eating smaller portions and exercising more.”

One aspect of obesity, however, is that it is not simply about eating more, exercising less, and gaining weight. Rather, it was known for nearly 100 years that obesity is commonly associated with a constellation of findings known as the metabolic syndrome.

The metabolic syndrome is associated with a specific type of obesity that is most prominent around the abdomen, often associated with borderline elevations of blood sugar (glucose) due to insulin resistance. This is frequently accompanied by increased triglycerides in the blood, a reduction of “good” HDL cholesterol and mild elevations in blood pressure.

Although some viewed metabolic syndrome as separate risk factors that happen to simply cluster together, studies of animals in nature document that the metabolic syndrome is part of the process of getting fat, such as in preparation for hibernation.

A breakthrough by Dr. Johnson’s research group discovered that the metabolic syndrome could be induced with a specific food—fructose—and that it activates a biological process that makes one eat more and exercise less.

This discovery meant that it was not behavior driving obesity, but a biologic “switch” that was turned on by fructose. In a 2006 paper published in the American Journal of Physiology, Johnson’s research group demonstrated that this fructose-induced switch is not driven from the calories in fructose, but rather because fructose causes a depletion of energy in the cell. This energy depletion activates an alarm that triggers the metabolic response to gain fat and become insulin-resistant.

“The more I got into my research, I realized that the metabolic syndrome that animals developed had more to it than just the classical five signs—abdominal obesity, high blood pressure, insulin resistance, high triglycerides and low HDL cholesterol,” said Johnson. “Indeed, the biological switch also stimulates hunger and thirst, foraging behavior, loss of control of appetite, and reducing oxygen needs while increasing inflammation. It is really an orchestrated event that was activated by one particular food—and that food was fructose."

The Million-Dollar Question: How Does Fructose Activate the Survival Switch?

Calories from food are either turned into useable energy or stored for later use. The useable form of energy is adenosine triphosphate (ATP), a molecule within cells. The stored energy is primarily fat.

“Once the ATP levels fall, it creates an alarm that makes you keep eating to restore your energy, but most of the calories you eat are not used to make the ATP, but rather are shunted to stored energy (fat) by the switch. By the time the switch turns off, you’ve eaten a lot more food that you normally would and you’ve stored a lot more fat. It’s actually a brilliant system,” said Johnson.

In essence, the way that fructose works is that it mimics starvation by creating a low-energy state within the cells, signaling to the body that there is an energy crisis.

“Fructose is what flips the switch to the ‘on’ position,” said Johnson.

Rise of Sugar and Health Epidemics

Johnson and his colleagues’ ongoing research of the biological response to fructose suggests that its role is to aid in survival. In the wild, animals appear to trigger an on/off switch to regulate their weight, depending on their caloric needs relative to migration or hibernation.

The consequence to humans, however, is that the biological switch stays on, leading to excess fat storage and the development of major diseases endemic to the Western world, including heart disease, cancer and dementia.

Fructose is a major component of table sugar (sucrose) and is also in the sweetener, high fructose corn syrup. In today’s modern diet, these two sweeteners can account for 15 to 20 percent of the total calories the average person eats. High fructose corn syrup is also commonly added to foods, especially processed foods, making it important to read labels.

“We also realized that there is a biological response that is driven by fructose, and it relates to the concentrations of fructose that reach the liver,” he said. “This is why drinking sugary drinks is worse than eating sugar, as sugary drinks contain a lot of sugar but are ingested quickly, leading to a lot of fructose reaching the liver quickly.”

Dimming the Switch and Future Research

Ultimately, Johnson said the importance of the survival switch will be tested once clinical potent and safe inhibitors of fructose metabolism are available on the market.

In the final pages of the book, Johnson said he recognizes the concept of the survival switch is a hypothesis based on scientific studies.

“To date, I believe our proposal of the survival switch is the best hypothesis to explain the data available. Nevertheless, as scientists, we must keep open minds,” he said. “We have a long way to go before obesity, metabolic syndrome and type 2 diabetes become historical diseases, and there remains much science to be discovered.” 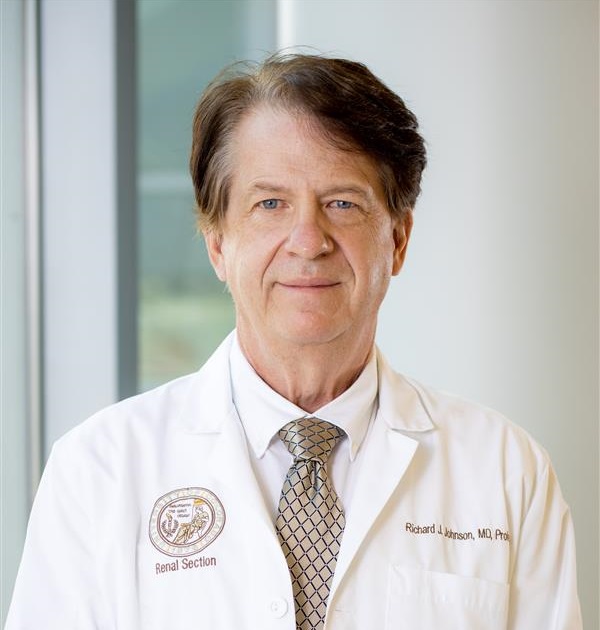