James Burton, MD, professor of medicine and medical director of liver transplantation at the University of Colorado School of Medicine, says he and his colleagues are already starting to see the effect pandemic drinking is having on patients. 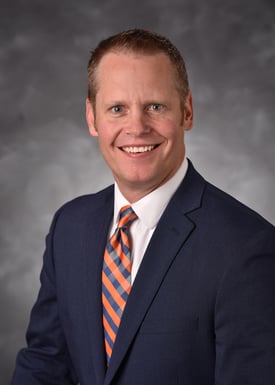 When Denver Mayor Michael Hancock announced the first citywide stay-at-home order in response to the COVID-19 pandemic on March 23, 2020, he included a list of essential businesses and services that would remain open, such as grocery stores, gas stations, and doctor’s offices.

Within minutes, Denver residents had packed liquor stores to stock up on alcohol before the shops were set to close. Just three hours later, in response to the swarms of shoppers, the mayor amended the order, allowing liquor stores to remain open.

But the impulse to stock up wasn’t limited to Denver. According to a survey study published in JAMA Network Open last September, The Nielsen Company reported a 54% year-over-year increase in national alcohol sales for the week ending March 21, 2020, just as nationwide pandemic lockdowns were beginning.

Now, more than a year into the pandemic, that frenzied panic buying seems to have foreshadowed yet another grim consequence of COVID-19: increased alcohol consumption, which experts say could lead to liver disease and other health complications in the future.

“Even though only a small minority of heavy drinkers develop liver disease, there’s a lot of drinking out there right now,” says Burton. “As a consequence, places like liver centers and hospitals are already seeing more people coming in. We’re getting people coming into clinic with abnormal liver tests asking, ‘Why are my tests abnormal?’ Then you ask them ‘Well how much do you drink?’”

Drinking and Depression: A Pandemic Cycle

Multiple surveys have indicated that Americans are drinking more during the pandemic.

Other surveys reported similar findings. For instance, 21% of respondents to Blue Cross Blue Shield’s “COVID-19 National Pulse Survey” said they have been drinking more alcohol since the pandemic began.

“I don’t think there’s any question whether people are drinking more,” says Burton. “We as transplant and liver doctors are definitely seeing more alcohol use.”

Burton also points out that the patient demographic for alcohol abuse and liver disease is beginning to skew younger and more female. Although this was a trend before the pandemic, it has become even more pronounced in the past year, as illustrated by the results of the JAMA study.

“In the past we’d see older men who drank for 20 or 30 years and developed cirrhosis,” Burton says. “Now we’re seeing young women in their 20s who might already have cirrhosis or severe alcoholic hepatitis.”

As for why Americans are drinking more, both experts and survey respondents tie increased alcohol consumption to financial and mental health issues brought on or worsened by the pandemic.

“I think there are a lot of people who are self-medicating at home with alcohol to help deal with the boredom and to deal with the anxiety and the depression of losing their job or losing their family or just not knowing what’s going to happen in the future,” Burton says.

Unfortunately, the very steps many people are taking to try to alleviate the depression and anxiety brought on by the pandemic are likely to exacerbate the conditions.

“I think this epidemic of alcohol during the COVID pandemic is something that will greatly impact our society for years — if not decades — to come.”

“People are probably starting to drink more during COVID because they’re depressed.” Burton says. “And it does help in the short term. In the next hour or so after drinking that beer, you may feel a little bit better. But when one beer turns to two, and then to five, it becomes a bigger problem. Your reasons to drink may be tied to depression and anxiety, but alcohol doesn’t help depression. Ultimately, it probably makes it worse.”

The authors of the JAMA study seem to agree, pointing out that “excessive alcohol use may lead to or worsen existing mental health problems, such as anxiety or depression, which may themselves be increasing during COVID-19.”

In addition to its mental health effects, excessive alcohol use can lead to lasting physical ailments. Alcohol consumption contributes to three million deaths each year worldwide and is the third leading preventable cause of death in the United States.

Alcohol has been linked to cancer, heart disease, stroke, and an array of other diseases, but it is especially damaging to the liver. Alcoholic liver disease is the leading cause of alcohol-related death in the U.S., claiming an average of more than 18,000 lives each year. Another 9,800 Americans die annually from cirrhosis of the liver and 1,600 from liver cancer.

“There’s nothing made better with alcohol in terms of the liver,” Burton says.

On top of this, the Centers for Disease Control have cautioned that people with chronic liver disease, such as alcohol-related liver disease, nonalcoholic fatty liver disease, and cirrhosis, may be at increased risk for severe illness from COVID-19.

“Say we get control of COVID by the end of this year,” Burton says. “Are people going to be able to recognize that and go back to drinking a moderate amount? They may be used to drinking more by then. And then there might be these crazy situations where the bars open up and everyone’s going out every night trying to catch up on all the social contact they missed.”

Even with an end to the pandemic finally in sight, Burton worries that the damage may persist long past the last lockdowns.

“I think this epidemic of alcohol during the COVID pandemic is something that will greatly impact our society for years — if not decades — to come,” Burton says.