Even amid an increase in medical school applications across the country, the University of Colorado School of Medicine stands out. Outpacing the rise at most other medical schools, the CU School of Medicine has seen its number of applications double in the past five years, jumping 35% in the past year alone, compared to an increase of 18% nationwide. More than 14,000 candidates from around the world applied for one of just 184 seats in the class of 2025.

“That means that roughly one in four people who apply to medical school in this country applied to our school,” says Jeff SooHoo, MD, assistant dean of admissions. 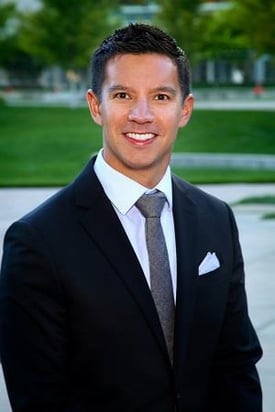 SooHoo says the increase is due largely to the school’s growing reputation, which got a large boost in 2008 when the school moved to the Anschutz Medical Campus in Aurora.

“Twenty years ago, the school was in Denver, the campus was smaller, the faculty was a lot smaller, and it was known as a regional center of excellence,” he says. “You lived in the mountains or you lived in eastern Colorado, and you came to the University for your cancer care or your specialized care. But over the past decade or so, with the move to the Anschutz campus, the expansion of our educational and research programs, you’re starting to see that shift where rather than being a regional center of excellence, we actually have a national reputation as a school and a campus.”

SooHoo also points to the priority the school has placed on increasing the diversity of its physician workforce, paying attention to both visible and invisible diversity — aspects such as disability, gender identity and sexual orientation that might not be immediately apparent when we meet and interact with others.

“For example, applicants who self-identify as Black/African American increased from 388 last year to 674 this year — an increase of 73%,” he says. “Our Office of Diversity and Inclusion, Office of Advancement, Scholarship Committee, and many others are dedicated to improving the diversity of our physician workforce.”

Offering stability and a sense of purpose

As to the nationwide rise in medical school applications, SooHoo says there are several factors at play, including the popularity of the medical field in such TV shows as “Grey’s Anatomy,” “The Resident,” and “The Good Doctor”; the stability and earning potential of a career in medicine; and the overall presence of the medical field, which as a whole totals 17.5% of the United States’ gross domestic product.

“You can’t turn a corner in America without hitting health care in some way,” he says. “We also have an aging demographic, so I think people know there’s a growing need for health care.”

He adds that the popularity of the field also is growing among a younger generation interested in social justice and in careers that help others and provide meaning in their lives.

Some have attributed the nationwide growth in medical school applications to a so-called “Fauci effect,” named for Anthony Fauci, MD, the National Institute of Allergy and Infectious Diseases director who has been the most visible face of the government’s fight against COVID-19. SooHoo, however, says the timing for that theory doesn’t work since most medical school applications are submitted over the summer — which in 2020 was just a couple of months after the severity of the pandemic became apparent.

“It’s possible we’ll see some of that ‘Fauci effect’ this year, but you can look at it both ways,” he says. “There also might be people who say, ‘I was going to go into medicine, but now I realize that there could be another pandemic, and I’d have to go to work and put myself and my family at risk. Maybe I should pursue another career.’”

Whatever the reason for the growing popularity of medical school, SooHoo says it’s good news for the University of Colorado School of Medicine. The increased applicant pool means the admissions committee is better able to draw students aligned with the school’s mission, vision, and values. From those 14,000-plus applicants, roughly 700 are interviewed and 300 admitted (some of those admitted choose to go to other schools).

“We evaluate applicants in a number of different ways,” SooHoo says. “We think about people’s experiences, their attributes and their metrics. Traditional metrics might be the MCAT or your GPA; experiences could be your volunteer experience, your research experience, your medical experience. For those we interview, we ask, ‘What’s your story? Who are you? Why do you want to go to medical school?’ Then it’s about what we think you offer to our school in terms of your ability to succeed in our curriculum, as well as our mission as a medical school and the types of physicians we want to produce.”

The CU School of Medicine will welcome new students to campus in July 2021.