In research published in 2021, Samuel Gubbels, MD, an associate professor of otolaryngology–head and neck surgery in the CU School of Medicine, and his co-researchers studied the pre- and postoperative speech performance of patients qualifying for cochlear implant (CI) in varying levels of background noise.

Gubbels and his colleagues found that of the almost 60 unilateral CI recipients who participated in the study, most derived greater benefit from CI than from hearing aids. They also noted that “speech understanding outcomes can be more variable thus warranting additional counseling before implantation and case-by-case consideration of listening needs and goals.”

These and other research findings were incorporated into the recent CMS decision that broadens patient criteria for CI and lifts certain restrictions for participation in research studies. Following this change, more people with Medicare coverage will be eligible to receive CI.

In a memo announcing the decision, CMS officials note that “the evidence is sufficient to determine that cochlear implantation may be covered for treatment of bilateral pre- or post-linguistic, sensorineural, moderate-to-profound hearing loss in individuals who demonstrate limited benefit from amplification.”

The recent easing of CI criteria makes those who score 60% or lower on recorded tests of open-set sentence cognition in best-aided listening conditions are eligible. The previous threshold was 40%.

“With cochlear implants, there’s been an evolution over time in how deaf you need to be to get one,” Gubbels explains. “When they first started being more widely used in the 1980s, the were only for the people with the most significant of hearing losses. Over time in adults and children, we’ve seen candidacy requirements ease for eligibility, but the criteria we have to show insurers haven’t changed a great deal.”

One of the significant things that has changed in the last two decades, Gubbels adds, is the conditions in which hearing tests to determine CI eligibility are conducted. Initially, tests were conducted in quiet conditions, “but there was a lot of argument that we don’t really live life in quiet,” he says. “Quiet conditions meant fewer people became candidates, so over time in the testing booth we started adding in a little bit of background noise.”

The addition of background noise in the testing booth led to Gubbels’ research, which aimed to study whether the amount of background noise being used in hearing tests was appropriate in determining CI eligibility. Too much background noise could mean that people who may not derive significant benefit from CI would qualify for it anyway.

In finding that the levels of background noise currently being used in hearing tests are appropriate, Gubbels and his co-researchers also noted that determination of CI eligibility still be should be made with case-by-case consideration of listening needs and goals. They advised that additional counseling may be warranted before determining a patient should receive CI.

This is further affected by the expense of CI technology and surgery, which can be above $100,000 and out of reach for most whose insurance doesn’t cover it. Gubbels notes that Medicaid doesn’t cover CI in people over 21 in a third of U.S. states, including Colorado.

“So, beyond the social equity aspect of who gets to receive CI is that even though now there’s this relaxing of criteria at the federal level, meaning more people will qualify, we still have our hands tied here in Colorado,” Gubbels says. “We have patients who this would clearly keep them working, clearly help them live the lives they want to be living, and it’s not covered.”

He adds that emerging data show “hearing loss is one of the few modifiable risk factors for dementia.”

In the best interest of patients

When CMS contacted Gubbels and his co-researchers, “it was to contribute to their understanding of how their eligibility criteria were structured. For a long time, there’s been a recognition that many patients just aren’t doing well with hearing aids but were a ways away from qualifying for cochlear implants. Our paper looked at whether we’ve gone too far in eligibility, whether we’ve been overzealous, and how much we can adjust eligibility to do the right thing for patients while being thoughtful about the expense that insurance is willing to cover.”

Gubbels adds that CI technology and use is evolving in exciting ways, including thinner devices and devices that can go deeper into to the cochlea without sacrificing residual hearing. Emerging data also are showing benefit to CI in single-sided deafness.

“There’s a lot of promising research and a lot of growing awareness,” Gubbels says. “I’m glad we could play some role in the CMS decision, because one of the global issues in cochlear implant is utilization. Here in the U.S., about 6% of people who would qualify actually receive one. There are a lot of reasons that’s the case, but I and a lot of others are interested in how we can be good stewards of the technology and of the health care dollar while still doing what’s in the best interest of patients.” 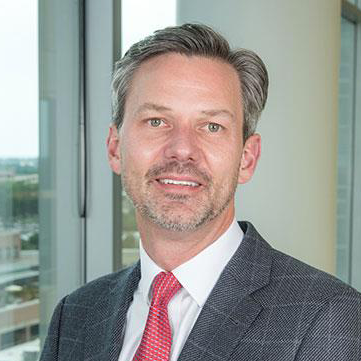