The Colorado Area Health Education Center (AHEC) on the University of Colorado Anschutz Medical Campus has received renewed funding from the U.S. Health Resources and Services Administration (HRSA) that will allow it to operate for the next five years. Funding is provided annually, with a requirement to match the federal award equally with institutional funds. For 2022–23, total available funds are $1.7 million.

“Part of the AHEC mission is ensuring a diverse population of providers and distributing those providers in different regions to serve,” O’Connell says. “We know that if you’re getting care from people who look like you and talk like you and have the same culture and background as you, health care outcomes are improved for those patients.”

The AHEC program was developed by Congress in 1971 to recruit, train, and retain a health professions workforce committed to rural and underserved populations in the U.S. The Colorado AHEC system was established in 1977, and all AHECs are funded in five-year grant cycles.

As the Colorado AHEC moves into a new five-year cycle, O’Connell is particularly excited about several initiatives that scored high marks for innovation on the renewal application. Among those are a series of culturally themed health care-related murals in different areas of the state; a new program that provides education and health care for gang members in Denver; another new program that brings virtual health care to those incarcerated and other underserved populations; and a pair of pipeline programs aimed at getting high school and college students from rural and underrepresented minority populations in Colorado interested in careers in health care. 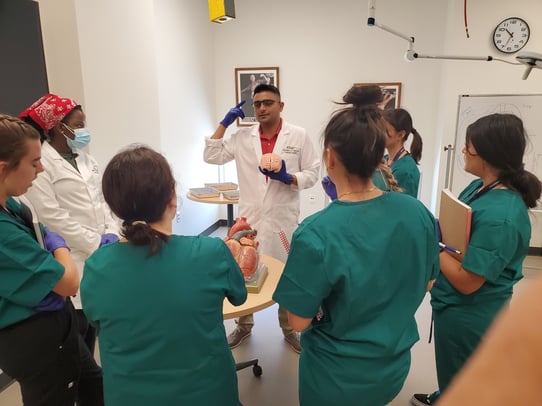 HOPE Institute students get an anatomy lesson in the cadaver lab at the University of Colorado Colorado Springs.

“I’ve run pipeline programs for a long time that helped underrepresented minorities who were still undergraduates and were interested in health care careers to get into their graduate schools of choice, including medical school,” O’Connell says. “That includes mentorship, help with personal statements, and help with the medical school entrance exam.”

One of the new AHEC programs, the Colorado Healthcare Access Program (CHAP) will perform a similar function for undergraduate students in Colorado colleges and universities; another, called Health Occupations Promoting Equity (HOPE), is aimed at high schoolers in rural areas. The high school program, which students are able to attend virtually, also hopes to have a special focus on indigenous youth.

Though the Colorado AHEC has a broad focus on the entire state, it puts special emphasis on rural areas, which have their own special circumstances when it comes to health care avoidance and disparities, O’Connell says.

“Rural culture speaks to people who often feel like they don't need health care or don't trust health care,” she says. “We often can place practitioners in rural areas using national or state Health Service Loan Repayment programming, which pays a certain amount of a person’s medical school loan as long as you practice in a certain disparate area for four years. But those people aren't trained to be rural or they're not from a rural area, so once they're done with their four years, they leave.”

The Colorado AHEC helps to solve that problem by recruiting students from rural areas who will return to their home counties after their training. The program also trains providers to address health disparities in rural areas, including higher rates of cardiovascular disease, diabetes, hypertension, and maternal morbidity and mortality, as well as increased numbers around suicide and mental health concerns.

Featured image: This mural in the San Luis Valley, created by Bianca Maestas, is one of a series of culturally themed health care-related murals the Colorado AHEC is helping to install in different areas of the state. 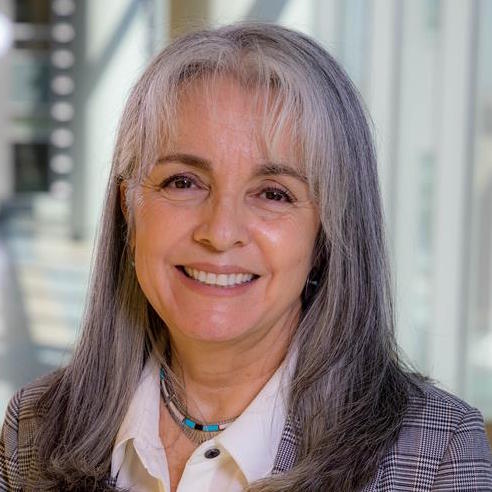