Among physicians who see at least one adult patient with significant intellectual disability (ID) in an average month, close to 75% of those surveyed report usually or always communicating with someone other than the patient during the visit, new research shows.

These findings suggest that communicating primarily with patients with ID is the exception rather than the rule, which is contrary to what is considered best medical practice, says principal investigator Eric Campbell, PhD, director of research in the University of Colorado Center for Bioethics and Humanities and professor of internal medicine in the CU School of Medicine and health systems, management and policy in the Colorado School of Public Health. The findings may also be related to decreased access to high quality health care in among adults with ID.

“One of the benefits that could come out of this study is awareness,” Campbell says. “It may help physicians realize, ‘Hey, I’m communicating primarily with the caregiver here instead of the patient.’ We could even start to explore interventions that would help physicians direct their questions and discussions toward the patient.”

This analysis was part of a larger study funded by the Eunice Kennedy Shriver National Institute of Child Health and Human Development and led by Lisa I. Iezzoni, MD, principal investigator. The study involved a nationwide survey of physicians providing outpatient care to adult patients with five different types of disabilities, including a module on intellectual disability. Although many studies of patients with disability have documented health care disparities, little research has sought the perspectives of physicians about caring for this population.

“In our early work of addressing this in focus groups and interviews, we had doctors talk about the challenges associated with caring for these patients in terms of communication, and also talk about sedating patients for routine medical procedures,” Campbell explains. “Our intent in the study was to better understand the unique experiences doctors have in caring for this specific population of patient.”

The finding that about 75% of physicians report primarily communicating with someone other than the patient during an appointment underscores that “clinically this is a really nuanced issue,” explains Jaime Moore, MD, an assistant professor of pediatric nutrition, former Leadership Education in Neurodevelopmental Disabilities (LEND) fellow through JFK Partners at the CU School of Medicine, and study co-author. “Some of the considerations that we can think about include the patient’s ability to communicate and the preferred method of communication– whether it’s verbal, written, in pictures, or using assistive technology. Are the patient’s communication preferences clearly documented, and does the typical busy clinic workflow allow for alternative communication routes to be appropriately accommodated?”

Because communicating directly with the patient, rather than with the caregiver or companion who is with them, is considered medical best practice, it’s important to understand physicians’ levels of exposure to caring for patients with ID. Communication practices specific to people with ID have not commonly been taught in medical schools, Campbell says, “so this is something we can begin discussing, how to help physicians gain these skills?”

Understanding use of sedation

“We also wanted to understand this idea of use of sedation, which represents a spectrum of treatment from a pill to help the patient calm down while they are still awake and can respond, to a state where the individual is asleep and may or may not need support for breathing,” Campbell explains, adding that the decision to use sedation is not one physicians make lightly or spontaneously.

“The fact that more than 11% of physicians reported using sedation prompts several additional questions for me,” Moore says. “Physicians have to balance a potential delay in diagnosing a medical condition like cervical cancer or diabetes if a patient has strong fear or physical discomfort during a PAP Smear or blood draw, respectively, with the potential risks of providing a sedative to facilitate those procedures. Using the least invasive approach for that individual without compromising health or safety and maintaining strong rapport and access to care can be complex.”

Campbell emphasizes that the study approach was neutral and not judgmental of physicians’ treatment choices, “but really just to get an estimate of how often sedation occurs. Then we can start to look at the factors associated with it, and how we minimize the potential for harm. A physician wouldn’t want to skip doing a procedure because the patient might be uncooperative – that would be unethical – but they also wouldn’t want to sedate just because the patient has ID, which would violate their autonomy.”

Based on the data from this study, further research could dive more deeply into the decision making that guides the use of sedation, as well as how to provide physicians with the tools to most effectively communicate with adults who have significant ID.

“My bioethics colleagues have taught me that ethics are really embedded in every clinical decision that we make, but some clinical decisions may evoke a greater sense of discomfort or tension that we have to work through,” Moore says. “The unique needs of this population can bring those to the fore more than with other sub-populations, but if physicians have the training and the tools then they’re more able to provide care in an equitable way.”

Such tools haven’t been integrated into medical education or professional training in a standardized way, Campbell says, “but what’s unique about CU is that we’re in a center for biomedical ethics, but our charge is to conduct research that informs policy and practice. I think the data in this study are an excellent first step, but we need an even stronger evidence base to provide physicians with the tools they need and to minimize the mortality gap that we’re still seeing in this population. The goal is better care and better outcomes.” 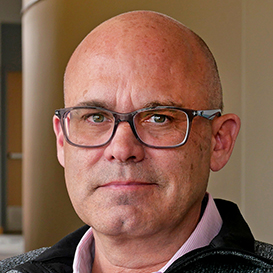 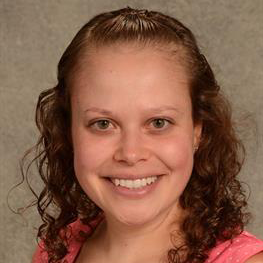