Home News From the Sea to the Scalpel  back to News

It was in the middle of the Atlantic Ocean, aboard a Navy ship bound for the Middle East, that Josh Abolarin’s journey to medical school began.

Abolarin, who had long been interested in science and medicine, brought along a collection of biology and physics textbooks as his reading material for the long voyage. The more he studied, the more he saw the connections between his role as a missile and radar technician for the military and the deft maneuvers performed by surgeons in the operating room.

“Electronics is very much hands-on work, and one of the things I like most about surgery is being able to use my hands,” says Abolarin, who will graduate from the University of Colorado School of Medicine this month before departing for the University of Texas Southwestern Medical Center for his surgery residency. “On top of that, you see an immediate effect in both fields. Whenever I do something in electronics, I see, ‘OK, there's something wrong with the signal — boom, it's fixed.’ It’s similar in surgery.” 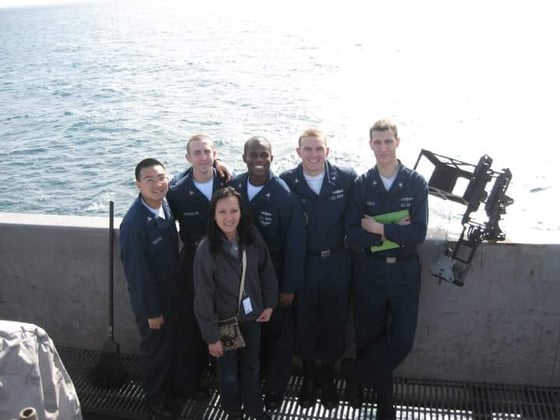 Abolarin with his fellow Navy officers.

The missing piece in his military experience, he says, was people. Abolarin grew up in a church family that valued community connections, and he wasn’t getting enough of those working with switches and wires.

“When something breaks down in equipment, you just replace it. You can't do that with people,” he says. “I was much more interested in that social aspect that you get with medicine.”

Abolarin started studying medicine more formally after his service in the Navy was completed in 2012. He enrolled in a surgical internship program at the University of California, Davis, and volunteered at Shifa Community Clinic in Sacramento when he wasn’t studying or in the classroom.

“Through those experiences, I was like, ‘Wow, this is really what I enjoy,’” he says. “I enjoy being with people; I enjoy applying biology in this aspect. Working in clinics, where I was actually talking with patients and providing care beyond just the medications, trying to help them with the social aspects —it was all coming together.”

"To be a surgeon is a service to the community that requires dedication, courage, fortitude, and perseverance. I am both amazed and sobered by its rawness. To have such great lengths by which we can save a life is both beautiful and humbling at the same time. Yet, I am drawn to the field as it provides me an opportunity to work with my hands and to apply myself with dedication to the tasks of serving my patients. Surgery is a complex and wonderful combination of art and science, requiring masterful craftsmanship, a sense of duty, and a passion for how the human body works. In many ways, I am passionate about surgery due to the type of person I have discovered I am and to the service I believe I can provide to the underserved community." — Excerpt from Abolarin's personal statement in his surgical residency application

Abolarin earned a bachelor of arts in psychology and a bachelor of science in neurobiology, physiology and behavior at UC Davis, so by the time he started at the CU School of Medicine, he was itching to get out of the classroom and into the clinic.

“Partly because I'm an older student and I've been in the workplace, sitting in a classroom and memorizing bullet points and things like that becomes very difficult,” says Abolarin, 37. “Being able to apply it is what stuck out for me. I absolutely loved third year, or even in second year, when we would go to a clinic right after learning about certain diseases. Those things were super helpful.”

The role of research

Also helpful was getting hands-on experience in research labs. Abolarin worked on a project with Irene Schauer, MD, PhD, professor of endocrinology, investigating the possible cardiovascular effects of Metformin in type 1 diabetes, and with Catherine Velopulos, MD, associate professor of surgery, he helped to study the relationship between mass shootings and domestic violence.

“In undergrad, I felt like you really had to fight to try and get into research,” Abolarin says. “I just wasn't comfortable doing that, so I ended up applying to CU without as much research as most people. But when I got into med school, being able to focus research on the areas I enjoyed — for example, trauma surgery and how it relates to underserved populations — was very rewarding. Dr. Velopolous is an absolutely amazing mentor.” 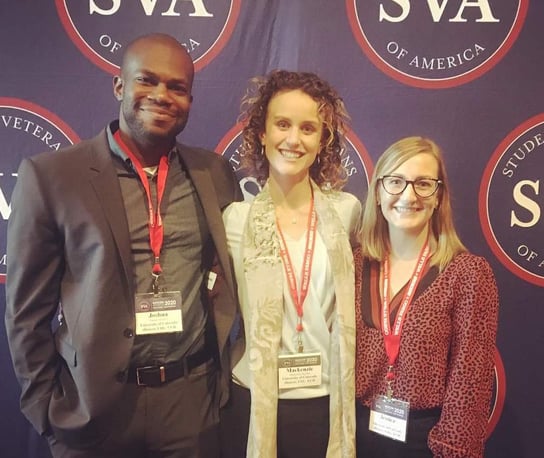 Abolarin was the treasurer for the Student Veterans of America chapter at CU Anschutz.

Looking ahead and being a role model

Despite his clinical and research experience, along with his military service, Abolarin is nervous as he looks ahead to his residency and becoming the doctor who calls the shots. It helps, he says, that he was able to complete a sub-internship in internal medicine this year at the Rocky Mountain Regional VA Center on the CU Anschutz Medical Campus.

“I'm so glad I did that, because at the end of it, I was managing six or seven patients,” he says. “It made me more confident that I could do things on the floor.” 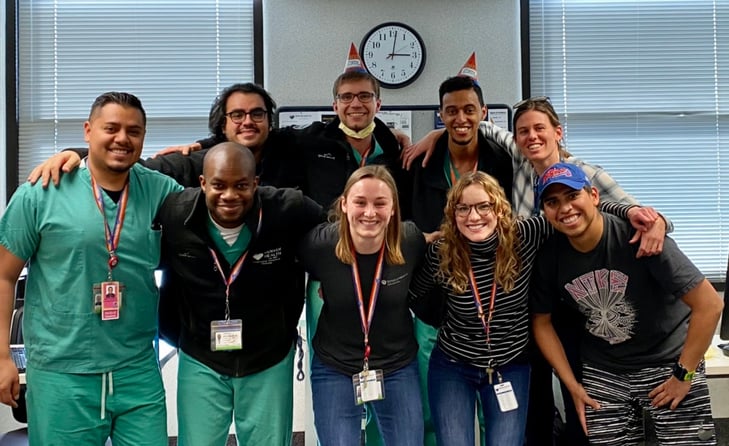 Abolarin and his classmates in the Denver Health Longitudinal Integrated Clerkship Class of 2022 cohort.

For Abolarin, who grew up in Atlanta and whose mother was a registered nurse, medicine is more than a personal mission. Not only does he want to save lives through surgery, he wants to work in the community and serve as a role model for Black teens who may have never seen themselves working in medicine.

“Ultimately, I see myself working in an urban underserved environment,” he says. “I want to do more than just applying that in an academic center. I also want to be a community advocate and mentor for people like me. Growing up, even though my mom was in medicine, I didn't really see a path to becoming a physician. There were no real examples with the people I grew up with. I can see the power of having that.”