As the number of hospitalizations related to respiratory syncytial virus (RSV) continues to climb steeply throughout Colorado, with a reported 1,139 hospitalizations since Oct. 1, clinician and researcher Eric Simões, MD, is leading two studies that he hopes will help curtail future RSV surges.

“RSV remains the most common cause of lower respiratory tract infection in infants and results in seasonal epidemics globally each year,” Simões says, adding that he and other clinicians and researchers have long tried to bring attention to RSV while other viral and bacterial diseases have been fought with newly developed, successful vaccines.

In one of the studies Simões is leading, called the ASSERVO study, he and his co-researchers are studying the safety and efficacy of the monoclonal antibody MK-1654 in preventing lower respiratory tract infection (LRTI) caused by RSV in healthy pre-term and full-term infants. A second study is looking at the safety, tolerability, and efficacy of MK-1654 in infants at higher risk for severe RSV disease.

“In the United States, we previously haven’t had as much awareness of RSV as we should have had,” Simões says. “We haven’t committed as much effort or as many resources to finding a vaccine. The vast majority of RSV disease burden is in developing countries, and of the more than 100,000 children who die of RSV complications every year, 99% are in developing countries. In the United States, we’re seeing now that we must be part of the global work toward a vaccine.”

In worldwide updating of estimated morbidity and mortality related to RSV published in The Lancet earlier this year, Simões and his co-researchers found that in 2019, there were 33 million RSV-associated acute LRTI episodes worldwide, 3.6 million RSV-associated acute LRTI hospital admission and 26,300 in-hospital deaths in children ages 0 to 60 months.

Simões and his co-researchers wrote that “these findings suggest that RSV passive immunization programs targeting the first six months of life could have a substantial effect on reducing RSV morbidity and mortality burden.”

Further, Simões noted in August in the Journal of Infectious Diseases that even though the United States does not bear a significant portion of the global RSV burden, socioeconomic inequities are present in RSV-related emergency department visits and hospitalizations: “Medicaid-insured infants have approximately two times the rate of hospitalization of those with private payers, accounting for 62% of RSV hospitalizations and 56% of emergency department visits,” he notes. “Of all children hospitalized, between 15% and 20% go to the ICU and approximately half of these receive mechanical ventilation.”

He adds that because of the high rate of hospitalization, “Medicaid covers approximately 61% of the aggregate $472 million average cost of hospitalizations. Unfortunately, infants on Medicaid account for a disproportionate portion (62%) of the RSV deaths as well.”

However, despite the global RSV burden and steadily increasing surge of RSV-related hospitalizations in the United States, Simões is optimistic about the progress being made toward developing RSV vaccines.

While several of the vaccines nearing FDA approval are for adults, and the burden of RSV falls predominantly on young children, Simões points to promising developments in research. This includes results from the phase 3 MELODY and MEDLEY and phase 2B nirsevimab trials, which Simões co-authored for the New England Journal of Medicine. These found that nirsevimab immunization demonstrated an efficacy of almost 80% against medically attended LRTI, such as bronchiolitis or pneumonia, caused by RSV in infants born at term or pre-term and entering their first RSV season.

“Nirsevimab is the first investigational immunization designed to protect all infants through the RSV season with a single dose,” he says, adding that as a monoclonal antibody, nirsevimab does not require the immune system to be activated before helping to offer rapid and direct protection against disease.

The European Commission recently approved nirsevimab for preventing RSV-related LRTI in newborns and infants during their first RSV season. Simões says he hopes the treatment will gain FDA approval and be available in the United States for the 2023-2024 RSV season.

An alternative to passive immunization with an antibody such as nirsevimab is active immunization of mothers, which can protect their newborn infants by providing them RSV antibodies transferred through the placenta. He conducted a phase 2 trial of three doses of one such maternal vaccine that was shown to protect infants with an 82% efficacy against RSV LRTI. Earlier this month, Pfizer announced phase 3 clinical trial results in pregnant women and their newborns with this bivalent RSV vaccine candidate. Trial data showed that when administered to a pregnant woman, the observed vaccine candidate efficacy in the newborn against severe LRTI was almost 82% through the first 90 days of life. Efficacy of almost 70% was demonstrated for infants over the six-month follow-up period.

“Now there’s a public awareness of RSV, and I think that’s partly due to COVID and people’s awareness of respiratory viruses and what they can do,” Simões says. “So, there’s a lot of effort being put into developing RSV vaccines. I’m really dedicated to getting our prevention methods to developing countries as soon as we can, so I’m very glad for this awareness and support for developing vaccines. I see the light at the end of the tunnel for the prevention of severe RSV disease in infants.” 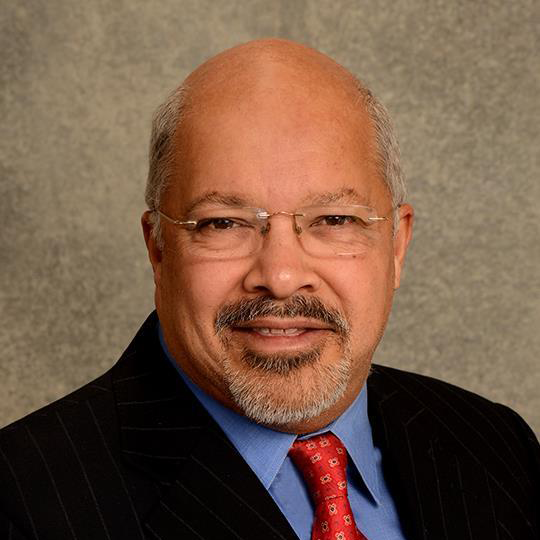