When the L.A. Rams and Cincinnati Bengals face off Sunday evening in Super Bowl LVI, the tens of millions of fans expected to tune in may be thinking about a lot of things ­– the matchup, the coaching, the quality of the guacamole and the ads. It’s less likely that they’ll consider the players’ potential for concussion.

“It’s challenging, because you’re talking about somebody’s pastime, something that they view for relaxation or pleasure,” says Christine Baugh, PhD, MPH, an assistant professor of internal medicine in the University of Colorado School of Medicine. “Football and huge national events like the Super Bowl raise really big public health and ethical challenges, but people don’t necessarily want to go there even as evidence builds and builds about health outcomes.”

Baugh, who recently was awarded the Early-Stage Investigator Lecture from the National Institutes of Health Office of Disease Prevention, has focused much of her interdisciplinary research on the acute and chronic health implications of repetitive brain injury from sport and the individual, institutional, policy, and ethical considerations that result. She has studied football and concussions in-depth.

“In the lab I’ve worked with people suffering from longer-term effects of traumatic brain injury. What’s emerged is that in addition to improving individual health outcomes, we also need to think about this from a population and policy level,” she says. “We need to be asking what we can do to reduce the negative effects of this game.”

“I think for a long time we thought awareness was the challenge and now I’m not sure that’s the case,” Baugh says. “Over the past several decades we’ve gained a good amount of awareness of issues relating to football and traumatic brain injury, and we still have a long way to go in terms of change.”

In the United States, children sometimes begin playing tackle football as young as age 5, and “where this practice does exist, it’s often much less regulated the lower in age you go,” Baugh explains. “Oftentimes there isn’t required training for coaches – no health training, no safety training. In these situations, there may also be no on-field access to a medical or safety provider.”

Baugh says that once players reach the level of interscholastic leagues in middle school or high school, there may a higher level of safety protocols in place and coaches are more often trained in sport safety. But even at levels with access to athletic trainers and emergency medical services at games aren’t guaranteed and the risk of the game is ever present. Whether or to what extent these adolescents understand the risks is unclear but unlikely as we know “it still hard even for adults to conceptualize and weigh long-term risks,” Baugh says.

Football participation and is potential for long-term injury also exacerbate existing health disparities, if schools in lower-income areas don’t have the resources to hire trainers or other health professionals to work with athletes. “Or, it may be a situation where football is the primary way to have your child in an activity after school until you finish your job,” Baugh says. “You want them to do something that’s safer than alternatives that aren’t sanctioned by the school, but then they’re exposed to risk for injury.”

“A lot of the things that we find unethical or ethically challenging about the game are things athletes have very little control over – safety policies, the nature of the game. A lot of the things we find pleasurable or exciting are individual athlete-focused, the speed, the athleticism, the collegiality. So, it’s hard to disentangle the desire to support athletes who have worked so hard for so long to reach the pinnacle of their career with a structure that puts them in danger.”

At the level of professional football, Baugh says, it’s easy for spectators and fans to disassociate the dangers of the sport from what they are watching on the field even when an athlete is obviously injured– “the fact that their faces are masked, that they’re so relatively small in the stadium, and how the announcers are talking about the heroism of getting back up,” Baugh says. “The framing is not often on the severity of the injury but how tough the person is if they keep playing.”

Athletes at the professional level are often perceived as knowing the risk and choosing to play anyway, Baugh says, “but is it really a free and fair choice when they’ve had to come all the way up the ranks from these little kids who probably didn’t know any better to college athletes in this system where they’re just hoping and dreaming to make it to the NFL, to adults who ostensibly are making informed decisions about risky behaviors?”

She says examples of players proactively leaving the game because of health concerns are rare, despite a growing body of evidence linking repeated head trauma with outcomes like chronic traumatic encephalopathy, a condition of brain degeneration. The common parlance of sports labels athletes who leave as “quitters” and glorifies athletes to play through injury as heroes.

Baugh emphasizes that she and other researchers balance evidence with pragmatism, knowing that people aren’t going to suddenly stop playing or loving football, “so we’re asking how we can leverage this growing awareness of risk to make the game safer,” she says. “How can we improve outcomes for athletes across all levels of play?” 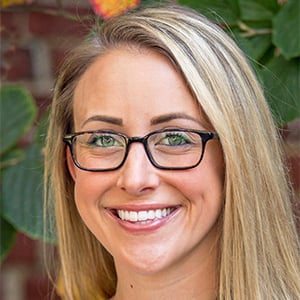