Pop singer Justin Bieber shocked fans last week when he posted a video on Instagram in which he explained he had been diagnosed with Ramsay Hunt Syndrome, a condition that causes paralysis on one side of the face.

“As you can see, this eye is not blinking,” Bieber says in the video, demonstrating the difference between the paralyzed and non-paralyzed sides of his face. “I can’t smile with this side of my face, this nostril will not move, so there is full paralysis in this side of my face."

Bieber postponed three dates on his current concert tour due to the diagnosis, explaining in the video that “I’m just physically, obviously not capable of doing them. This is pretty serious, as you can see. I wish this wasn't the case, but obviously, my body is telling me I’ve got to slow down.”

Ramsay Hunt Syndrome is a rare neurological disorder that affects five out of every 100,000 people in the United States each year, according to the National Organization for Rare Disorders. It is caused by the varicella zoster virus (VZV), the same virus that causes chickenpox and shingles, explains Maria Nagel, MD, a research professor of neurology and ophthalmology at the University of Colorado School of Medicine.

“More than 90% of the world population has VZV dormant in ganglionic neurons throughout their body,” Nagel says. “I consider it a stealth virus, because most people don’t know how common it is in the population and the wide range of disease it produces when it flares up.”

When the immune system becomes weakened, Nagel explains, VZV can reactivate. Depending on where in the body it reactivates, it can cause shingles, Ramsay Hunt Syndrome, and a host of other conditions including heart attack and stroke.

Aging is the most common cause of a weakened immune system, but it also can be caused by stress, certain medications, or other infections. Recent research shows that adults who had a COVID-19 infection have a higher risk of developing VZV reactivation in the following six months as well. Bieber tested positive for COVID-19 in February.

Symptoms of Ramsay Hunt Syndrome can also include tinnitus, or ringing in the ears, vertigo, and nausea. It’s important that those with the condition get treated right away, Nagel says.

“I think of the nerves sort of like an electrical cord, where you have the internal wiring and then you have this protective sheath around it,” she says. “Depending on the amount of damage to that nerve — whether you just damage the protective sheath, or you actually damage the wiring — that can affect how severe the symptoms are and how long it will take to recover.”

The longer someone with Ramsay Hunt Syndrome waits to be treated, she says, the more the nerves become damaged. Once someone is diagnosed with the condition, they typically are given an antiviral drug to shut down virus replication and a steroid such as prednisone to ease inflammation.

Of particular concern to Bieber, 28, is the fact that younger people who develop VZV reactivation, whether shingles or Ramsay Hunt Syndrome, have a significantly increased risk of stroke for up to a year after the paralysis first appears.

“If you’re under 40 and you get shingles, you have a very, very high risk of stroke,” Nagel says. “It can occur on average about four months after you get the rash.”

That’s why Nagel keeps patients with VZV reactivation on a low-dose antiviral drug for one year. Not only does it reduce the risk of virus-associated stroke, it prevents the virus from flaring up again.

An additional concern for patients with Ramsay Hunt Syndrome is protecting their eyes when one doesn’t close all the way. The condition can cause eyes to become dry and damage the cornea, Nagel says, so an ophthalmologist can help by prescribing a lubricating ointment or even attaching weights to the eyelid to help the affected eye close.

“Then there’s the whole issue of facial paralysis, which is the one that everyone notices,” Nagel says. “People with Ramsay Hunt Syndrome can get very self-conscious.”

The paralysis eventually goes away for most patients, she says, but as Bieber mentions in his video, there are exercises patients can do to improve more quickly.

“I encourage my patients to do facial exercises with physical therapy,” she says. “In my experience, patients with Ramsay Hunt Syndrome who do the exercises have felt that they had a little bit of faster recovery.” 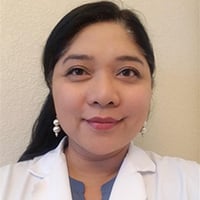