Canadian singer Celine Dion shocked the world Thursday when she revealed that she has been diagnosed with a rare neurological condition called stiff person syndrome (SPS), forcing her to postpone several upcoming tour dates in Europe.

The 54-year-old singer of “My Heart Will Go On,” from the movie Titanic, has postponed or canceled multiple performances over the past year due to health concerns, describing her symptoms as “severe and persistent muscle spasms” — one of the primary symptoms of SPS.

“While we’re still learning about this rare condition, we now know this is what’s been causing all of the spasms that I’ve been having,” Dion said in a video posted to her social media accounts. “Unfortunately, these spasms affect every aspect of my daily life, sometimes causing difficulties when I walk and not allowing me to use my vocal cords to sing the way I’m used to.”

Amanda Piquet, MD, associate professor of neurology at the University of Colorado School of Medicine and and director of the Autoimmune Neurology Program at CU's Rocky Mountain MS Center, specializes in treating people with SPS, which she describes as a neurologic autoimmune disease.

We spoke to Piquet to learn more about SPS and how it’s diagnosed and treated.

Today probably marks the first time that many people are hearing of SPS. What exactly is it, and how long has it been around for?

SPS is a rare, chronic, autoimmune neurologic disease that was first described in 1956 at the Mayo Clinic. It was originally called stiff man syndrome. Its typical symptoms are stiffness, muscle spasms, and difficulty walking. Our understanding of this disorder has evolved since the 1950s, but it's still a very rare disease that affects around one in a million people.

Do you know how people get the disease?

We don't know for sure. It's probably a combination of being predisposed to autoimmune disease, just like lupus or rheumatoid arthritis, as well as genetics, potential environmental factors, and then, unfortunately, bad luck. But we don't know about specific triggers.

How many patients do you see with it in a typical year?

In a year’s timeframe, I probably follow in clinic about 50 patients with this disease. I know it is quoted as a rare disease of one in a million, but these numbers may be low due to underdiagnosis and misdiagnosis. Currently we have an epidemiology study going on to understand the incidence and prevalence of stiff person syndrome just within the UCHealth system.

Is it an easy condition to diagnose?

It is very difficult to diagnose. It often takes years to get that diagnosis, and it is not unusual for a patient to have symptoms years before they are formally diagnosed. Because it's such a rare disease, and it's not something that everyone is aware of, it often gets misdiagnosed. We also don't have a perfect test for it. There are things that can help us diagnose the disease, like antibody testing and EMG or electromyography, but we don't have a single perfect test. It’s a clinical diagnosis.

For Celine Dion in particular, she disclosed today that she has SPS and that the spasms have affected every aspect of her daily life, including walking and singing. Does that sound consistent with what your SPS patients experience?

Yes, certainly muscle spasms are a huge component of SPS, and difficulty walking is one of the cardinal features. This disease comes in many different flavors, and it affects individuals differently, but it can be a disabling disease.

How is it treated?

It is treated with symptomatic therapies, as well as immune therapy. We think the underlying driver of this disease is from an immune-mediated mechanism or an autoimmune cause, and commonly in that situation we use immune therapies like intravenous immunoglobulins, or IVIG.

In her posting, Celine Dion mentioned working with a sports medicine therapist; is physical therapy part of the treatment as well?

Especially if walking is a problem, physical therapy can be helpful. I refer many of my patients to hydrotherapy, which is basically physical therapy in the pool. It works great for SPS patients. Stretching can be helpful as well. It's a challenge, because it takes a physical therapist with some knowledge of this disease as well. You don't want to overdo it, because that can make the spasms worse. You're not training to run a marathon, and you don't want to overwork the muscles. That's why I love when I can get my patients in the pool, because it takes gravity out of the mix. And the pool is a very soothing place to do some of these exercises and stretch the muscles and not overexert yourself.

Is SPS something people can recover from eventually, or is it a chronic condition?

It's a chronic autoimmune disease, but we can manage it with symptomatic therapies and immune therapies. It's similar to diabetes: We can't cure diabetes, but we manage it, and we can certainly make quality of life better by managing it properly.

Does having a celebrity like Celine Dion talking about SPS and her diagnosis help to raise awareness of the disease?

Yes, it raises awareness, because many people have never heard of SPS. There are even physicians who are not in neurology who may not know this disease exists because it's so rare and not typically taught in medical school. With increased awareness, it’s possible that people who have some of these symptoms but haven’t been evaluated by a specialist for SPS may potentially get to a diagnosis. 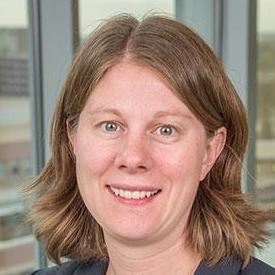