Today, on World Cancer Day, I’d like to share some exciting news. A recent breakthrough at the CU Anschutz Medical Campus could alter the future of cancer treatment in Colorado – and the world.

The story begins with a relatively rare form of cancer called acute myeloid leukemia, or AML. It’s among the most aggressive types of cancer, and so is its treatment: chemotherapy and, if needed, bone marrow transplant. The treatment is so harsh that patients over age 60 are often unable to withstand it.

The problem with AML, even for younger patients, is that it’s caused not just by cancer cells, but by leukemia stem cells (or LSCs), which resist chemotherapy.

After spending most of his 25-year career studying LSC biology, CU Cancer Center investigator Craig Jordan – along with his research team – recently found its Achilles heel: LSCs are very inflexible in how they metabolize energy. If you target that one form of metabolism, LSCs die and the disease dies with it, much as a weed will die if you cut off its roots.

While Craig was picking apart the science of LSCs, Dan Pollyea was studying Jordan’s work as a hematology fellow at Stanford University. Dr. Pollyea would go on to become an expert in designing and leading clinical trials involving novel therapies for leukemia and other blood cancers. By 2013 both doctors had arrived at CU Anschutz and immediately began to collaborate on therapies to eradicate leukemia stem cells. Craig’s work in the lab is informed by Dan’s experience in the clinic, and vice versa, giving them an unprecedented level of depth with patients.

One of these patients is Joel Rutstein. In 2016, he had a disease that was likely to progress to AML. His quest for the best care brought him to the CU Cancer Center, where Dan explained his options: he could try chemo, but the stem cells that survived would likely restart the disease. Or he could take part in a new clinical trial that was designed to test Craig’s strategy for targeting the stem cells themselves. Rutstein was one of 33 patients treated in the initial study. All were over 60 and had a poor prognosis. 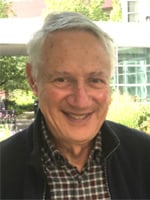 The results were astounding. The trial worked, not just for Joel but for 91 percent of the participants, who achieved disease remission. The outcome is among the most promising seen in decades of treating AML. Based on the findings from the University of Colorado team and a handful of other centers around the country, the FDA fast-tracked approval of the treatment, and in November the drug regimen was released into the world for general use.

Because of the opportunity at CU Anschutz to treat a patient today in ways that will only be widely available in the future, Dan Pollyea’s AML clinics have gone from somber and depressing to hopeful and optimistic. Conversation topics with patients have shifted from end-of-life plans to vacations with grandchildren.

Here’s the broader impact: This work takes a longstanding theory – that killing leukemia stem cells should improve outcomes – and shows for the first time that it actually works.  This is truly a new way to kill cancer.

And the CU Anschutz hematology team believes targeting a specific metabolic process in cancer stem cells, like they’ve done in their AML work, could destroy other tumor types, including breast, pancreatic and colon.

This development gives us an exciting new weapon – alongside chemotherapy and immunotherapy – to treat a terrible form of cancer. On World Cancer Day, that’s something to celebrate.