Home News Avocados and Leukemia: Fruit May Offer Better Treatment back to News

Researchers have discovered a way to potentially block the pathway in which leukemia stem cells, which tend to resist chemotherapy, eat fat to sustain their capacity to quickly multiply. It’s a compound first isolated in avocados.

We’ve all been there: stuck in traffic on a jam-packed freeway. Some vehicles, driven by the aggressively inclined, slowly push and prod their way through the gridlock, seeking an escape through less-obstructed pathways.

The biology of an acute myeloid leukemia (AML) cell, the most aggressive form of leukemia, is somewhat analogous to the clogged arterial. While most leukemia cells are rendered inactive amid attack by chemotherapy, more quiescent leukemia stem cells (LSCs) tend to resist treatment. Scientists are just beginning to understand how their escape capacity is explained by their metabolic flexibility or, in other words, by what they like to eat to sustain their capacity to quickly multiply.

And it looks like they have a strange addiction to fat.

Now researchers have discovered a way to potentially block this pathway: It’s a compound first isolated in avocados. The study was recently published in the journal Blood.

But before dipping into this new discovery, here is some background that highlights how the University of Colorado Anschutz Medical Campus moved to the forefront of AML treatment worldwide:

Hematology researchers at CU Anschutz, led by CU Cancer Center members Dan Pollyea, MD, MS, clinical director of Leukemia Services and associate professor in the Division of Hematology, and Craig Jordan, PhD, chief of the Division of Hematology, spearheaded a way to get deep and long-lasting remissions – and potentially cure AML – by exploiting the way in which the LSCs metabolize energy. They developed an LSC-killing drug regimen that was approved by the Food and Drug Administration in 2018. The results have proven to be among the most promising seen in decades of treating AML.

“Most patients respond to this new therapy, but many still relapse,” said Angelo D’Alessandro, PhD, an associate professor and director of the Metabolomics Core in the University of Colorado School of Medicine, who has been involved in the CU hematology team’s research.

Looking deeper into these surviving LSCs, “we figured out that these cells switched to eating fat when the capacity to eat amino acids was taken away with the chemotherapy, and we didn’t know how to turn it off.”

“If you block the pathway that is responsible for breaking down fat at different steps, you have an effect in blocking the cancer stem cell’s metabolism.”

D’Alessandro was part of the research team led by Paul Spagnuolo, PhD, University of Guelph in Ontario, Canada. Spagnuolo’s team analyzed publicly available databases of scientists’ leukemia research and “found that these leukemia cells rely on a gene called VLCAD – very long chain acyl-CoA dehydrogenase – to cause cancer, even after chemotherapy,” said CU Cancer Center member D’Alessandro. Fat is rapidly consumed when this enzyme is expressed and more active.

Spagnuolo asked the question: Can this enzyme be genetically manipulated in LSCs, thereby killing the stem cells? Encouraging experimental answers to this question prompted the investigators to wonder if inhibition of this enzyme could be achieved pharmacologically.

Spagnuolo’s team screened a library of drugs developed for other purposes, including nutraceutical compounds, and incubated the LSCs with each drug. They were looking for any substance that would inhibit the VLCAD enzyme.

“They found that the one that blocked the capacity to eat fat – especially that enzyme – was a fat molecule (avocadyne), which was first isolated in avocados,” D’Alessandro said.

The study moved on to mice where avocadyne eliminated the LSC with no effect on normal stem cells. “Remarkably, the leukemia went away after treatment with the avocado compound,” he said.

In clinical trials with an avocadyne-containing product being developed as treatment for diabetes, Spagnuolo’s team found the fat molecule to be fairly well tolerated by patients. The team is now planning to conduct human clinical trials of avocadyne for treatment of AML.

D’Alessandro pointed out that this development could be used in combination with the therapy devised by Pollyea and Jordan, but not as a replacement.

Studies such as this, as well as the metabolomics technology that allows researchers to follow the metabolic activity of small molecules, inform research into treatments of other cancers. D’Alessandro said cancer stem cells – the ones that usually resist chemotherapy and cause a patient to relapse – tend to “eat” fat more than their healthy equivalent stem cells.

“If you block the pathway that is responsible for breaking down fat at different steps, you have an effect in blocking the cancer stem cell’s metabolism,” he said. 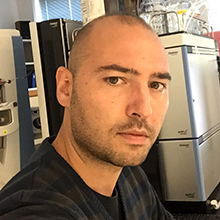