A researcher who focuses on human and animal viral intersection explains the need for strong surveillance of the country’s significant avian flu epidemic.

Sightings of dead geese in neighborhood ponds are becoming sadly more common today, as the most significant avian flu outbreak in U.S. history continues its march across the country. Nearly 58 million birds have fallen to the wild waterfowl-driven epidemic, with the virus now detected in 47 states.

Although risk to humans remains low, surveillance programs with both the U.S. Department of Agriculture and the Centers for Disease Control and Prevention (CDC), among others, have been in high gear since the outbreak’s inception last winter. Only one human case has been detected in the United States so far in a man in Colorado, one of the hardest-hit states.

“While we have been lucky so far, the concern is that with these millions of infections, we could see a mutation that could make the virus more transmissible to humans and begin to cause more severe disease,” said Daniel Olson, MD, explaining the need for strong surveillance aimed at halting the economic toll and keeping the public health risk low.

Olson, an associate professor of epidemiology with the Colorado School of Public Health and its Center for Global Health, studies the intersection between humans, animals and the environment, largely at a University of Colorado-associated site in rural Guatemala.

One of Olson’s current projects involves evaluating the prevalence of avian and human influenza in backyard poultry. Also a pediatric infectious disease expert with the CU School of Medicine, Olson recently shared more about the outbreak and how everyone, including backyard chicken owners, can help reduce the outbreak’s fallout.

Can you describe the scope of the current outbreak from a historical perspective?

In terms of scale, this is now the largest and longest avian influenza pandemic in U.S. history. Over 57 million birds have died across the country, some due to influenza infection, but many due to the need to cull non-infected birds within infected flocks in order to prevent new infections.

There have been only a handful of human cases ever connected to avian flu in the U.S., including one with this outbreak in a Colorado man in April. How can a person become infected?

I tend to think of three main factors that determine whether someone gets any kind of infection: 1) how infectious the pathogen is to humans, 2) how much pathogen a person is exposed to, and 3) how susceptible the person is to an infection (i.e. do they have a normal immune system?).

So far, the virus hasn’t been highly infectious to humans, and no transmission in the U.S. has occurred between humans. The one documented human case from Colorado was in an individual who was actively culling poultry infected with influenza, so it was a very high-risk exposure. This individual had mild symptoms, was treated with oseltamivir and recovered.

Yet the CDC says it is carefully monitoring the situation. Can you expand on that?

The reason the CDC is watching closely is that the virus could mutate and become more infectious to humans. Just like we’ve seen with SARS-CoV-2, if the virus develops a mutation that allows it to infect humans, that is an evolutionary advantage to the virus, and it will allow that strain to spread more efficiently and cause lots of disease.

By conducting surveillance and culling of poultry, we can also limit the economic and environmental impacts of the epidemic, which are significant.

Have there ever been human outbreaks of avian flu in other countries?

What are public health experts doing, specifically, to help make sure an outbreak doesn’t happen here?

The most important thing public health officials are doing is communicating to the public on how to protect themselves against infection. In particular, whether you have a backyard chicken coop or a 1 million bird flock, there is clear guidance on the Colorado Parks and Wildlife and CDC websites for safe practices on proper handling of poultry.

In addition, they are conducting surveillance in both wild birds and poultry, and they are trying to prevent transmission within these flocks. Unfortunately this means that if an infected bird is found, they often have to cull the other birds that were exposed.

Are bird hunters or owners of backyard chickens at more risk? What should they do?

Anyone who is exposed to wild birds or poultry is at greater risk. But again, the level of exposure matters. So a person with three backyard chickens is at significantly lower risk than someone at a large poultry farm. No matter the case, there are certain practices that can reduce the risk of transmission.

While full PPE, which includes masks, googles, gowns, gloves, etc., may be difficult for the typical backyard chicken coop owner, the main goal is to prevent exposing yourself (especially your eyes, nose and mouth) to any secretions from chickens. And while more is always better in terms of prevention, certainly a mask and gloves/washing hands is better than nothing.

Another important way to prevent infecting your own backyard flock is to quarantine any new poultry (CDC recommends at least 30 days) before they are introduced to other birds. Any sick or dead bird should be considered infectious and handled carefully. And finally, cooking poultry meat appropriately ensures any infected meat can’t spread the virus.

Why is it so important from a public health perspective that chicken owners and everyone be alert and responsive regarding this issue?

The more you can reduce the number of avian influenza infections out there, the lower the risk that the virus will mutate or re-assort itself to become adapted to humans and cause an outbreak in humans. An avian influenza virus adapting to humans is one of the most likely scenarios for the next global pandemic, and it could be just as bad or worse than COVID-19. Limiting infections also reduces the number of bird deaths, reducing the economic cost and impact on wild bird populations.

How long do you expect this epidemic to continue?

It is hard to say. The previous largest avian influenza pandemic lasted half a year, and we’re nearly twice that. As we learned with COVID-19, it’s very difficult to predict what will happen next. The best we can do is be prepared in case it gets worse. If the outbreak goes away, we’ll at least be ready for the next pandemic to come through. 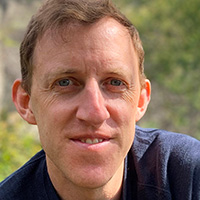