Earlier this fall, the FDA approved a new breakthrough therapy for cystic fibrosis (CF), a genetic disease that leads to lung, digestive, endocrine and nutritional problems. Researchers from Children’s Hospital Colorado and the University of Colorado School of Medicine, were part of a national network that oversaw clinical trials leading to the approval of TRIKAFTA, a highly-effective treatment for people with CF, 12 years of age and older. The trials have taken place in the CCTSI’s pediatric Clinical and Translational Research Center (CTRC) at Children’s Colorado.

“This is a tremendous milestone and breakthrough for people with CF,” said Scott Sagel, MD, PhD, a pediatric pulmonologist at Children’s Hospital Colorado and director of The Mike McMorris Cystic Fibrosis Research and Care Center. “This transformative therapy will modify the course of CF, improving health and survival in the majority of our patients.”

TRIKAFTA, a combination of three medicines, targets the underlying causes of the disease – a defective protein called the cystic fibrosis transmembrane conductance regulator (CFTR) protein. Most people with CF have little to no CFTR protein function. This treatment can improve the CFTR protein function to over 50 percent, which may lessen many of the symptoms and complications of CF.

Currently, TRIKAFTA is approved for those 12 and older. Dr. Scott Sagel and fellow pulmonologist Dr. Edith Zemanick are currently involved in trials of TRIKAFTA in children ages 6-11 years. Eventually researchers hope the treatment will be approved for use beginning in early infancy, which could prevent the devastating lung damage and disease progression that commonly occurs in CF. Remarkably, TRIKAFTA will

eventually help approximately 90 percent of people living with CF. Prior to this new generation of targeted CF therapies, most available treatments had a modest effect on protecting the lung from the damaging effects of mutations in CFTR.

Malia Moku-Greaser was diagnosed with CF when she was one month old through a newborn screening program pioneered at the University of Colorado Anschutz Medical Campus. Today, this busy 13-year-old gets straight As and excels on her swim team—all while doing the kinds of things a kid with CF must do every day.

She wakes up at 5 am to do her first vest treatment. When she is healthy, she does two treatments per day at 20 minutes each. If she has a cold, the treatments increase to four or five times per day. The "vest" is a machine made up of an air-pulse generator inside an inflatable vest that wraps completely around her chest. The air pulse generator creates rapid bursts of air, making the vest inflate, deflate and vibrate against the chest wall, which helps to loosen lung mucus, which is then coughed up. During the course of the day, Malia will take more than 80 pills to help her digestion and improve growth. And she participates in daily physical therapy to help with arthritis in her wrists and knees. 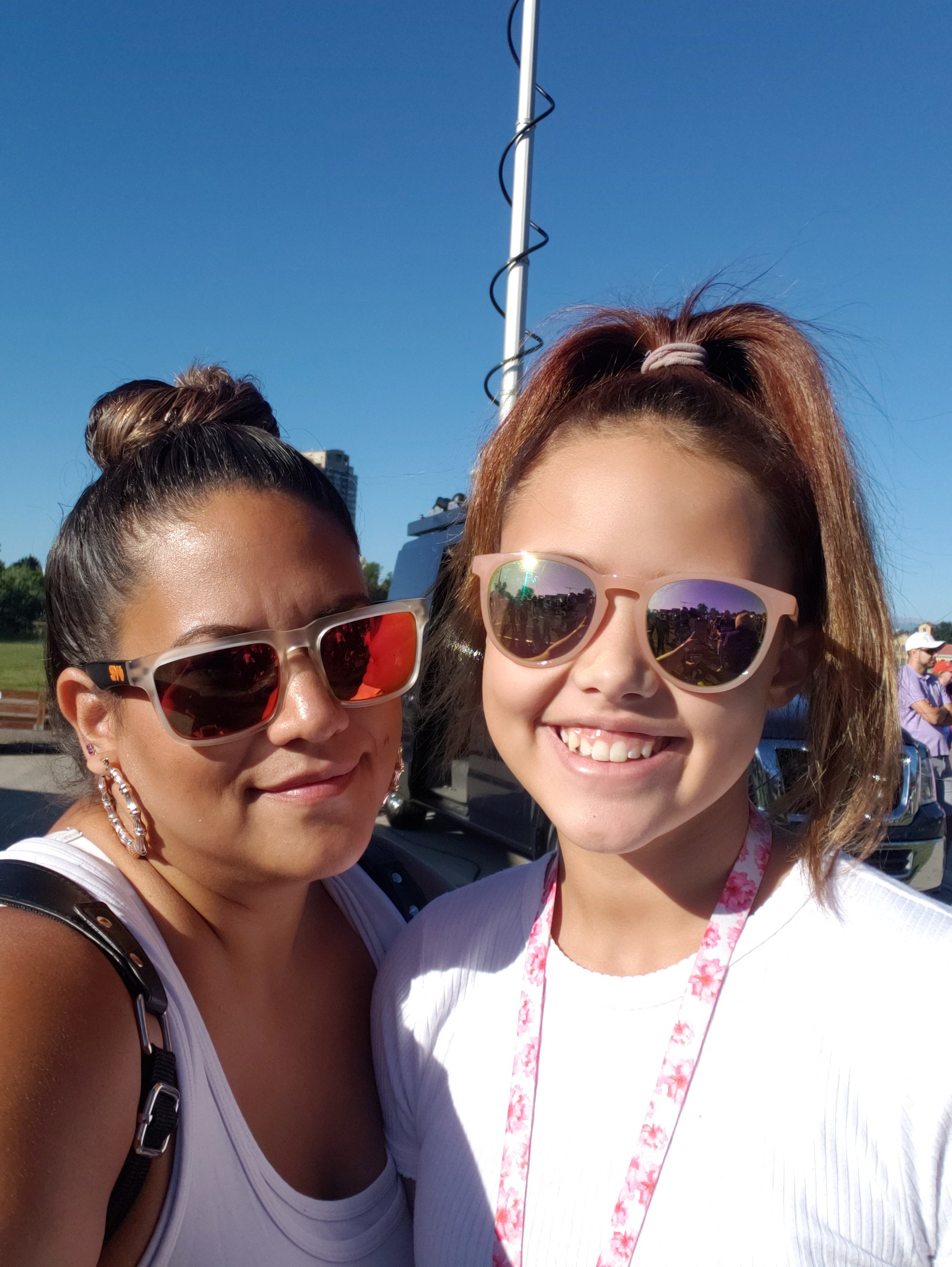 Under Dr. Sagel’s care, three years ago Malia was approved to start taking Orkambi—one of the first available medications that targeted the underlying causes of the disease, the defective CFTR protein. Approximately 50 percent of individuals with CF are eligible to take Orkambi because of their genetic makeup. Malia’s mom Kaleo Moku-Greaser said that at after being on Orkambi for three weeks, Malia started to gain weight and seem healthier. She needed far fewer antibiotics and went a full three years without any pulmonary exacerbations and the accompanying time in the hospital.

“After Orkambi, it was literally like a different body and a different child,” said Moku-Greaser of her daughter.

Unfortunately, even with Orkambi, Malia still faced serious challenges. On October 21, the day the FDA announced that it had approved TRIKAFTA, Malia was in the hospital due to a pulmonary infection that wouldn’t clear. “The announcement was pretty monumental for everybody. Everybody on the whole floor [of the Breathing Institute] was just so excited!” said Moku-Greaser. “We got the call two weeks ago that the medication was approved. It was very exciting for us, we all cried,” she said.

“In her lifetime we did not imagine we would see anything like this,” said Moku-Greaser. “This is a blessing.”

The Future of CF Treatment

Malia will start on TRIKAFTA on December 12. And of course, hopes are high that she will do as well as, if not better than she was doing on Orkambi. Because of the huge strides in CF medication, which treats the underlying defect in the patient’s protein, Malia is imagining a healthier future that extends far into adulthood.

"We talk about how lucky we are,” Moku-Greaser said. “We talk about the two kinds of CFers…the kinds of CFers who have grown up very sick. And the kids in Malia’s generation who grow up healthier, stay out the hospital and won’t need [lung] transplants.”

Though TRIKAFTA represents a true revolution – in terms of both improving life and extending life for individuals living with CF – Dr. Sagel is not content. “Despite this remarkable breakthrough, this is not good enough,” he said.

At the North American CF Conference, the CF Foundation just launched a half-billion dollar investment in a program called a Path to the Cure. It will be funding many studies and trials involving gene editing and gene therapy. Right now, the CF research team at Children’s Colorado is helping to lead a nationwide CF Foundation-sponsored study called PROMISE that will take place in the pediatric Clinical and Translational Research Center. This study will examine the long-term effects of TRIKAFTA therapy on airway infection and inflammation, digestion and pancreatic disease, cystic fibrosis-related diabetes and liver disease. In addition, Drs. Zemanick and Segal are leading local efforts in the RARE study to collect cells and bio-specimens from the almost 10 percent of the cystic fibrosis population with two rare mutations.

“I am hopeful in the next decade our next breakthrough involving the gene will occur. In five-to-ten years, we may have a gene treatment for our patients that will get us close to the cure,” Dr. Sagel says.