With a $20 million gift from Katy and Paul Rady, an Esophageal and Gastric Center of Excellence will be housed at the CU Cancer Center. The goal is to become the top esophageal and gastric treatment center in the nation.

Paul O’Hara grew up in a large Midwestern family where loyalty and toughness run deep. About nine years ago, Paulie, as he was called by his siblings, leaned into his family’s caring and stout nature when he was diagnosed with advanced esophageal cancer, which has a five-year survival rate of under 20%.

A series of appointments in their home state of Michigan left Paul and his family feeling underwhelmed by the clinical experiences. Surely there must be a better option, they thought.

“My brother was brave and craved information, and he never let negative thoughts take over,” said Katy, who was at Paul’s side throughout his treatments. But the reality was “we were so discouraged and disappointed in the care he got close to home,” she said.

Their first visit to the CU Anschutz Medical Campus came on a cold January morning.

“We walked into a room, my brother and I,” Katy said. “They saw us at 7:45 a.m., and there were at least eight professional people in the room with us. I have been in so many (clinical) rooms with him with just one other person.”

After the appointment, Paul and Katy walked to the Fitzsimons Building, formerly the Fitzsimons Army Hospital. They visited the Eisenhower Suite where President Dwight D. Eisenhower spent seven weeks recovering from a heart attack in 1955. Then they strolled onto the roof of the eight-story building, and Paul surveyed the campus and Colorado’s wide-open skies.

“It was a gloomy January day, but we were impressed, and we had hope,” Katy said. “That was a miracle day in my opinion.”

“That really is a distinction that sets CU Anschutz apart,” Paul Rady said.

‘We take a bigger picture’

Many institutions forget to pay attention to the human side of care for both the patients and their families, said Schulick, who is also chair of the CU School of Medicine’s Department of Surgery.

“A lot of centers just focus on, ‘OK, here’s a patient with esophageal cancer,’ and then they focus on the cancer,” Schulick said. “We like to take a bigger picture. Yes, there is a patient with esophageal cancer, but there’s a family that goes with the patient who cares very much. And it’s not about the next procedure; it’s about how do we optimize the chances for this patient – and their mental and physical well-being and their happiness, and so many more things that are important to taking care of a cancer patient.”

Paul O’Hara succumbed to his illness in 2015, but the quality care he received convinced the Radys, who had already contributed to the engineering programs at CU Boulder and Western Colorado University in Gunnison, to support the CU Cancer Center and accelerate the pace of research for esophageal and gastric cancer. With an initial gift, they created the Paul R. O’Hara II Esophagogastric Cancer Symposium, the Paul R. O’Hara II Endowed Chair in Esophageal Cancer and the Paul O’Hara Esophageal Cancer Biorepository.

They have now extended their generosity even further, donating $20 million to:

The decision to provide another philanthropic gift was easy, according to the Radys. “The care at the CU Cancer Center is just so efficient,” Katy said. “It’s so efficient and so life-confirming. There are so many good brains on the same page.”

The center operates in a manner that Paul O’Hara, who was an engineer, respected. “He had a fine mind, and he was always looking for solutions,” Paul Rady said. “He wanted to talk with doctors and hear them out, and so CU Anschutz was the perfect partner because they would discuss everything about his care with him. And Paul had a lot of questions.”

Katy saw in her brother a warrior mindset, someone who believed in the dream of more time with loved ones and “just kept going day after day,” she said.

“The CU Cancer Center was just so great. They never let the families have an inkling of despair,” Katy said. “They present the news and say, ‘Let’s try this.’ As far as my brother goes, he was amazingly courageous.”

‘We experienced what good care does’

The Radys are occasionally asked why they made this additional gift to the Cancer Center. “It’s because we can,” Katy said. “It’s also because we experienced what good care does, and let’s make it greater.”

Key parts of their gift will bolster the campus’s screening and surveillance programs for Barrett’s esophagus and esophageal cancer and provide funding for clinical trials and expand the biorepository to include gastric precancerous lesions and gastric cancer.

Wani, who will fill the inaugural Katy O. and Paul M. Rady Endowed Chair in Esophageal Cancer Research and become director of the Esophageal and Gastric Center of Excellence, came to Colorado 11 years ago with a “dream and vision” to establish an esophageal center of excellence. His research has benefited immensely from the infrastructure at the Cancer Center, which, due to its track record and multidisciplinary approach, elevates any research grant applications to the National Institutes of Health and other funding agencies.

The key to changing the paradigm – the under 20% five-year survival rate of patients with advanced-stage esophageal and gastric cancer – is screening, according to Wani. “Similar to Paul’s story, unfortunately, patients with esophageal cancer too often present with advanced cancer. That’s the epidemiologic trend that we are striving to change.”

The esophageal research team is invested heavily in investigating minimally invasive screening techniques and improving surveillance strategies for patients with Barrett’s esophagus. And, thanks to the Radys’ gift, those advancements will accelerate future breakthroughs.

The goal is to educate people and hopefully prevent them from getting cancer, but when the specter of the disease does emerge, the center’s aim is three-fold: “When patients do have these precancerous conditions, ensure that they never get to esophageal cancer,” Wani said. “We strive to provide top-level care should they develop esophageal cancer and provide the best substrate that we possibly can for our research activities.”

Wani said the Cancer Center will continue to recruit top-level talent, which is made easier by the center’s established leading-edge research and the Paul O’Hara Biorepository for Esophageal Cancer, which was launched by the Paul R. O’Hara II Endowed Chair held by Kane. “Our outcomes are obviously going to be patient-centered, improving five-year survival rates for our patients with esophageal cancer,” Wani said.

In several complex cancers, Schulick said, the CU Cancer Center has double and triple the survival rates of other centers around the country.

“Again, the patient is the most important stakeholder in all of this, and so our primary goal is to further increase our ability to prevent, detect early and cure patients in our multidisciplinary setting,” Schulick said. “I would be extremely happy to see us keep moving forward and improving those numbers and positively affecting more lives.”

These positive feelings ripple daily through the lives of the Radys and the O’Haras, and the next-generation is carrying on the family tradition of being courageous, craving information and making a difference.

“The light of Paulie’s life was his one and only son, Conor,” Katy said. “He’s getting a master’s degree in California, but he’s also got strong character and a brilliant mind. Paul and I promised that we would always care for him the way that Paulie would, so that’s part of our gift, and part of our blessing to be able to do that.”

Photo at top: Paulie O'Hara surveys the CU Anschutz Medical Campus from the rooftop of the Fitzsimons Building on a cold January morning several years ago. "We were impressed, and we had hope," his sister Katy Rady recalled. 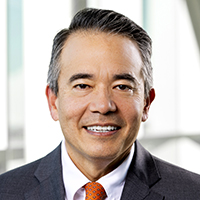 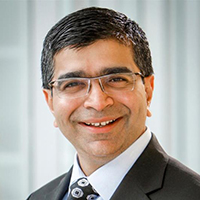 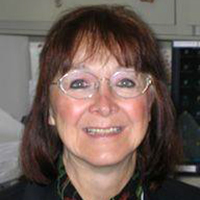