Home News Could Yogurt in Diet Help Diagnose Inflammatory Bowel Disease in Future? back to News

CU and Rice University researchers teamed up on a non-invasive diagnostic that changes color as a biomarker of active inflammatory bowel disease. The engineered strain of the harmless gut bacteria E. coli senses fluctuations in pH levels, changing color as the pH decreases.

The mucosal surface in the gastrointestinal tract is a vast and complex area of human anatomy, a microenvironment that’s highly susceptible to inflammation and other disorders that are, at minimum, a pain in the gut, but may also presage more serious illness.

Researchers at the University of Colorado School of Medicine and Rice University teamed up on a significant finding that holds promise of advancing earlier diagnosis – and potentially better treatment – for inflammatory bowel disease (IBD). They developed a non-invasive diagnostic that essentially lights up as a biomarker of active disease. Study results were recently published in the Proceedings of the National Academy of Sciences.

Sean Colgan, PhD, Levine-Kern Professor of Medicine and Immunology at the University of Colorado School of Medicine, said researchers have long known that intestinal tissues become more acidic with active inflammation. Detecting this change in pH in vivo can be done with probes, but the results are often not very accurate, and the probes are difficult to use, Colgan said.

“I had seen Jeff Tabor (PhD, Rice University) give a talk and, just in passing, he mentioned, ‘We have this bacteria that can sense pH, and it changes color as the pH decreases.’ So I said, ‘Why don’t we incorporate your bacteria in our (mouse) model and see if we can detect active inflammation by essentially looking at the change in fluorescent bacteria in fecal samples.’”

The Rice researchers used synthetic biology to produce the engineered strain of gut bacteria E. coli. Kathryn Brink, a PhD candidate in Tabor’s lab, spliced the sensory circuits into the bacteria and sent it off to Colgan’s lab.

Ian Cartwright, PhD, a postdoctoral fellow in Colgan’s lab, said Brink “did a lot of work cutting and pasting specific sequences of DNA” – the kind of gene editing being pioneered by CRISPR technology – to create the engineered organism that the CU Anschutz team then colonized within mice.

“It’s a big proof-of-concept type of experiment where they have this organism that theoretically should be able to detect tissue pH in an animal,” Cartwright said. “We were able to put it into a mouse and show that not only does it express more GFP (green fluorescent protein) when it’s under acidic conditions, but we were also able to correlate inflammation in the tissue with this GFP expression. So we really took it from a theoretical ‘this should work’ to showing that it can work.”

Colgan, who has been studying inflammatory bowel disease for 25 years, said synthetic biology is allowing for more practical applications of possible treatments for IBD – the cause of which remains a mystery. “We can integrate these (synthetics) faster now with some of the models we have,” he said. “I think we’re more on the cutting edge now with the integration of synthetic biology.”

Difference between IBD and IBS

IBD, which includes Crohn’s disease and ulcerative colitis, is signaled by increased acidosis in the intestines, while irritable bowel syndrome (IBS), one of the most-diagnosed diseases in the United States, involves pain but is not inflammatory.

So for people suffering intestinal distress, a non-invasive, pH-sensing diagnostic would be beneficial for what it shows – a change in color, possibly in toilet water, though it would require many refinements to reach this kind of diagnostic – or doesn’t show – as in no change in color.

It’s possible to envision this diagnostic strain of bacteria, for example, being placed into a yogurt product, according to Colgan. “The patient eats the yogurt on a regular basis, and then they monitor their fecal samples for flares of the disease,” he said.

CU Anschutz and Rice jointly hold the patent submission for the application of the engineered bacterium. Human clinical trials are expected to be the next step.

At any given time, Colgan said, there are about 90 drugs being tested for IBD. Biological drugs, administered by infusion, are the most efficacious drugs, he said, but a significant need remains as it’s estimated that 50% of IBD patients don’t have an effective therapy.

“I think with some additional refinement, you could imagine that this (latest application of a synthetic biology) could go down a personalized medicine route,” Colgan said. 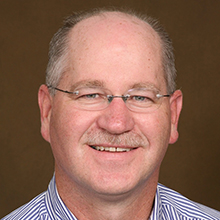 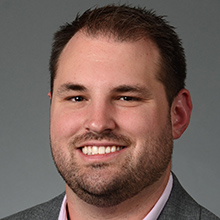 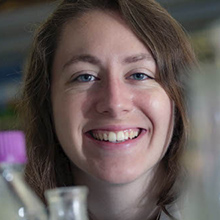