Home News COVID-19 Vaccines: One Dose or Two? Experts Weigh In back to News

Second in a series: Two CU School of Medicine experts offer their thoughts on delaying COVID-19 booster shots while supplies are limited during the nationwide vaccination campaign. Some government officials are pondering the idea in order to provide more widespread protection faster. Flexibility during the pandemic might be warranted, the CU experts say.

Every good baker knows that when making a cake, following each step exactly results in the best outcome. The principle holds true when testing a drug – or a new vaccine. 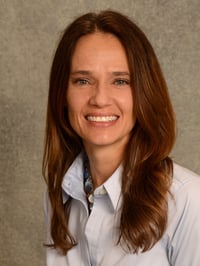 “When any type of medicine undergoes clinical trials, they always have a protocol that they put in place, and they follow that protocol very specifically,” said Bernard, PhD, an assistant professor at the University of Colorado School of Medicine Department of Immunology and Microbiology.

The trial protocol for both vaccines in use included two shots, three weeks apart for the Pfizer-BioNTech version and four weeks apart for the Moderna vaccine. “Since some of those studies are still ongoing, it’s likely not a good idea to change the recommended two doses to one dose because of the protocol that has been tested,” said Bernard, assistant director for the CU Human Immunology & Immunotherapy Initiative.

Then why are public officials debating vaccinating more people with one COVID-19 vaccine while supplies are limited and then catching up on giving booster shots later in the campaign? And what will it mean for the public if a single-dose mandate prevails?

These are not normal times

“We have kind of a moral and ethical conundrum,” said Ross Kedl, PhD, a professor in Bernard’s department who has studied vaccines for 25 years. First, the initial two vaccines given emergency use authorization from a slew of nearly 100 vaccinations undergoing trials worked better than anyone imagined.

“Within a couple of weeks of your first dose, the data are showing that the vast majority of the protection is already in place,” Kedl said. “The calculations are you have somewhere between 70% and 85% protection. That solidifies to 95% by the time you get past the second dose.”

Second, people are dying. Acknowledging that the data are early, Kedl said they are still profoundly promising. And even the 85% efficacy can be somewhat misleading, he said, explaining that, of the remaining 15% of immunized trial participants who tested positive for the virus, none got sick enough to die.

“The vaccine appears to be 100% protective against severe COVID-19," he said. "That’s a pretty compelling argument.”

Having no idea that the vaccines based on mRNA technology – studied for a decade but never in a large-scale clinical trial – would be so effective, researchers opted for booster shots, basing the timing on animal trials. 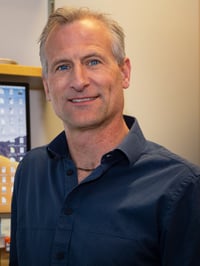 “But there’s nothing biologically that says that the second dose has to be exactly four weeks after the first,” Kedl said. “Even the two different mRNA-based vaccines have different boosting schedules despite the fact that they are functionally indistinguishable in terms of formulation. The choosing of those exact time points, while informed, was to some degree arbitrary.”

Notably, recent data released by the makers of the Oxford/AstraZeneca vaccine not yet approved in the United States suggested delaying a second dose from no more than six weeks to up to three months actually increased the efficacy of the vaccine, fueling the idea of delaying booster shots.

“The real take-home message should be that we have another vaccine that is robustly protective, even when we did not fully optimize the vaccine dosing and regimen,” Kedl said.

The recent AstraZeneca data also indicated a decrease in transmission of the virus among those who received the vaccine, which uses a weakened live virus to trigger the immune response rather than the mRNA technology.

“There have never been vaccines this efficacious that did not also do a good job blocking infection as well,” Kedl said, noting the findings bode well for other COVID-19 vaccines. “The results from AstraZeneca are the first concrete evidence that this is indeed true.”

“It’s complicated,” Bernard said. “I do think we should stick to the two doses at this point, but perhaps it would be acceptable to space the doses farther apart eventually to get more people vaccinated more quickly,” she said.

Kedl agreed that concerns of moving forward too fast are legitimate. He would especially advise people 65 and older, whose weaker immune systems sometimes don’t respond to vaccines as well, stay the clinically studied course.

Reaching for that end goal

“But for others, there is no reason to suspect that you couldn’t wait eight weeks,” Kedl said, noting that many vaccines’ subsequent doses are given weeks, months and even years apart.

“We have 100 years of experience with vaccines in general, so we have a very good idea of what the most likely thing is to happen. In a setting when you have hundreds of thousands of people dying from something, do you not have a moral obligation to go with the thing that is most likely true and protect as many people as possible?”

“Personally, I would jump at the chance for one dose,” Bernard said. “Would I want two doses? Sure. But like most people, I want to get us out of the pandemic as fast as possible.”