CU Anschutz researchers have found how an RNA molecule from a virus is able to change its shape to hijack host proteins. The details of this process, elusive to scientists for decades, were revealed by using cryogenic electron microscopy (cryo-EM).

University of Colorado Anschutz Medical Campus researchers have observed how an RNA molecule from a virus forms a complex, three-dimensional structure, and is able to change its shape to hijack host proteins. The details of this process, elusive to scientists for decades, were revealed by using cryogenic electron microscopy (cryo-EM).

Study results, published today in Science, reveal how this molecular mimicry and shape-shifting occurs, and highlights the emerging power of cryo-EM to allow researchers a better way to scrutinize multifunctional dynamic RNA structures that are critical across biology and virology.

“Previously, we knew some basics about viral mimicry of tRNAs, but this example was a decade-old mystery. What we observed surprised us,” said Jeffrey Kieft, PhD, study co-author and professor at the University of Colorado School of Medicine. “Before advances in cryo-EM, visualizing this process was incredibly difficult or impossible. With cryo-EM, we observed for the first time the three-dimensional shape of this viral RNA, its motions and how it binds to a cellular protein.”

RNA molecules form intricate three-dimensional shapes that dictate molecular function. Some viral RNAs can mimic the shape of tRNA – an essential type of RNA that delivers amino acids to the ribosome during protein synthesis– as part of their overall strategy to hijack host cells. tRNA molecules in the cell form an ‘L’ shape.

“We visualized the structure of the viral RNA molecule, expecting to see the classic ‘L’ shape,” said Steve Bonilla, PhD, study co-author and HHMI Hanna H. Gray post-doctoral research fellow at the CU School of Medicine. “Instead, it forms a very different shape and interacts with cellular proteins in an unexpected way that involves changes in shape. Determining why this happens is a next step.”

In addition to observing this process for the first time, researchers say this study underscores the role that cryo-EM can now play in making this and similar discoveries possible. Cryo-EM uses electrons to observe miniscule samples, and this study shows how it can now allow researchers to examine the elusive structures of small and dynamic RNAs that play roles in health and disease.

“With the growing use of RNA-based therapeutics, three-dimensional RNA structures could be an important part of developing new examples. Therapeutics of the future might use RNA structure in rational ways,” Bonilla said. “Studies like this help pave the way for exploring and thinking about this possibility.” 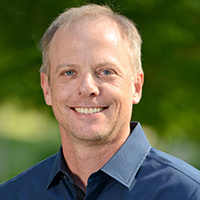 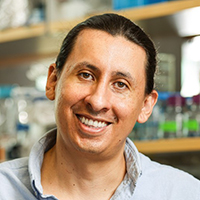