The experience gave Thurimella a glimpse into the fragility of health and inspired him to help patients of inflammatory bowel disease and other autoimmune diseases.

Now Thurimella, a second-year student in the University of Colorado School of Medicine, will enter a PhD program in Biotechnology at the University of Cambridge. As if that’s not impressive enough, Thurimella has been awarded a Gates Cambridge Scholarship – valued at about $250,000 – to cover the cost of his studies in England. The accomplishment is on par with winning a Rhodes Scholarship, bestowed annually to highly select students attending the University of Oxford.

The Gates program receives about 5,500 applicants worldwide and annually offers 80 scholarships. This year, 25 U.S. citizens were among the recipients. Thurimella flew to Seattle a month ago for an interview – the program interviewed 84 U.S. finalists – and learned of his award in late January. 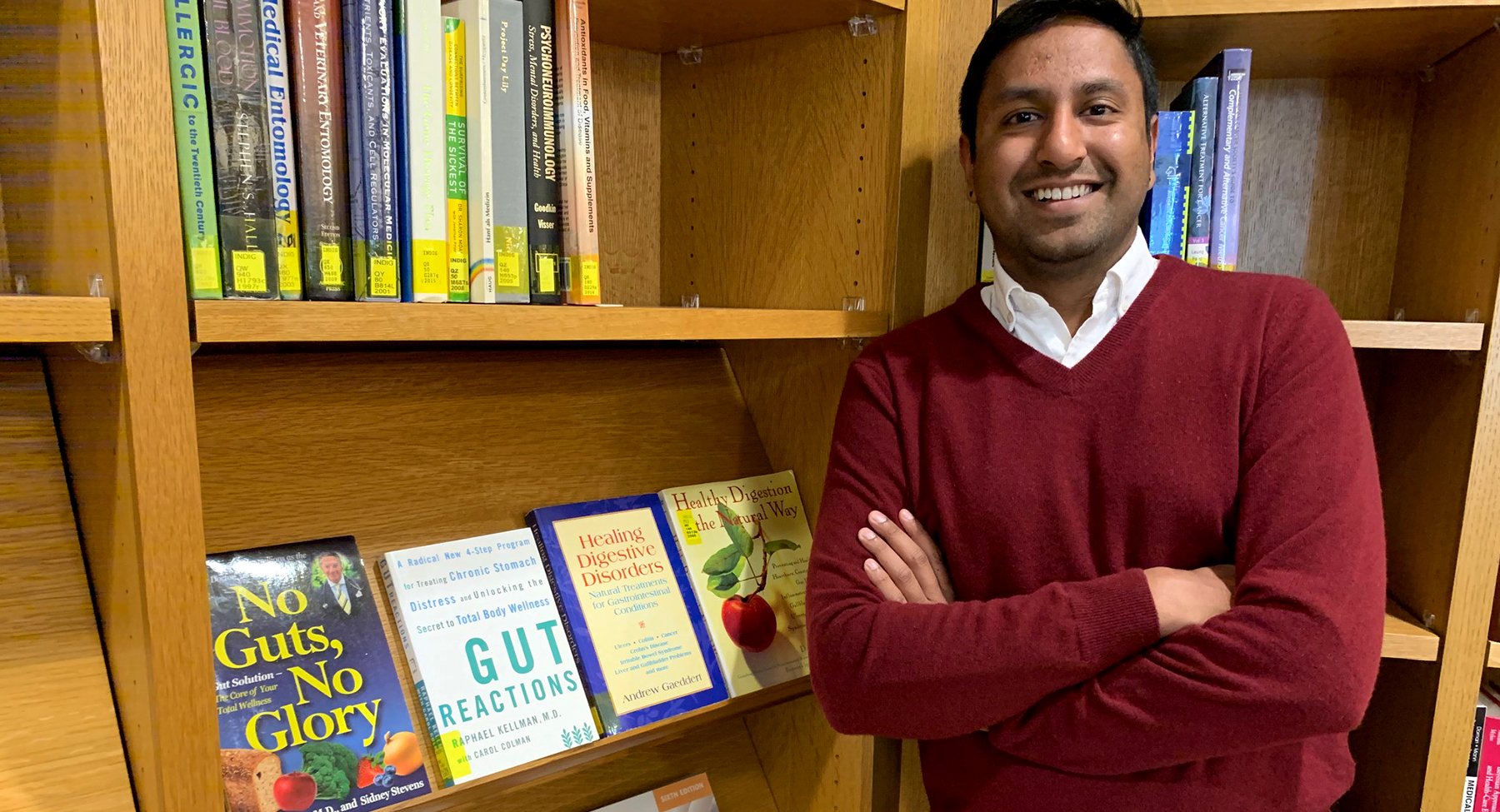 Kumar Thurimella, who starts his doctoral program at Cambridge this fall, ultimately wants to help patients of inflammatory bowel disease and autoimmune diseases.

He will travel to the United Kingdom this fall to start the doctoral program, which will take three years, and then plans to return to CU to complete medical school. Thurimella already has a master’s from Cambridge. After earning a bachelor’s in applied mathematics from CU Boulder in 2013, he spent three years as a software engineer at Uber before enrolling in computational biology at Cambridge.

“The toll the illness took on my father's life was really hard to see. I want to hopefully help those patients.” – Kumar Thurimella

“Cambridge is such a global university. I met people from every corner of the world,” he said. “That’s one of the huge benefits of going to school in the UK – being exposed to so many other perspectives and cultures.”

Brian Dwinnell, MD, FACP, helped advise Thurimella’s Gates application. He said Thurimella is the perfect candidate with his “combination of an altruistic desire to care for patients in need along with his intellectual curiosity and creative drive” to ultimately help a large population of patients.

Dwinnell added, “We look forward to Kumar returning to the University of Colorado School of Medicine for his clinical training, equipped with new ideas while sharing his inherent sense of compassion for everyone he encounters.”

Thurimella originally planned to follow his father’s footsteps and pursue a career in computer science. But, guided by an interest in marrying mathematics and medicine – and augmented by the clinical and research skills he’s honed at CU Anschutz – he turned his focus to the composition of gut bacteria and how it can lead to immune dysregulation.

“The toll the illness took on my father’s life was really hard to see. I wanted to use those skills to understand and model the complex system that’s our gut,” he said. “I want to hopefully help those patients.”

The trigger of flareups and chronic bowel inflammation is likely rooted in a combination of bacteria (from the gut microbiome and outside environment) and human genetics, Thurimella said. His goal is to find out what’s happening on a personalized level with each patient.

“Hopefully, in 10 to 15 years we’ll understand what’s happening to each person’s (gastrointestinal) system and be able to put their system back to health and normalcy,” he said. “It will be interesting to see how gastroenterology is practiced in the future.

“It seems difficult, but to me that would be an amazing goal to work toward,” he said.

Photo at top: Kumar Thurimella on the campus of the University of Cambridge.