Crouched at his desk in a quiet corner of a university lab, Francis Smith, PhD, peers at rows of jagged lines spanning his computer screen. The hum of rotators gently mixing vials is all that breaks the silence, as the postdoctoral research fellow studies genome sequencing reads, looking for mutations. As with most researchers, Smith hopes for a breakthrough discovery someday. But unlike most scientists, he has the mutations he seeks.

Francis Smith as a child

Because of a rare craniofacial disorder, Smith entered the world with no ears, eye sockets or cheek bones, a severe cleft palate (when the roof of the mouth doesn’t close), and a malformed jaw. His case was so severe that he couldn’t hear and couldn’t even breathe. His parents abandoned him at birth. Doctors doubted the orphaned infant would survive, even after an emergency tracheotomy allowed his first breath.

But today, after his rough beginning followed by years of reconstructive surgeries and unimaginable bullying from people who labeled him intellectually inept, Smith boasts an impressive vita and is working on his second postdoctoral fellowship at the University of Colorado School of Dental Medicine. At 41, he’s done research on craniofacial disorders from London to San Francisco, given speeches from New Zealand to the United Kingdom, and boasts Cher as a friend and comrade in arms. 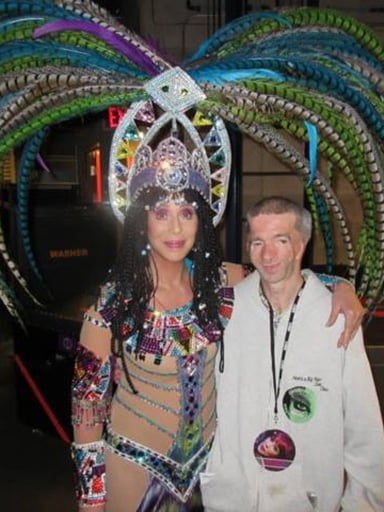 “Ever since she starred in the movie ‘Mask’ about a boy with a craniofacial condition, she has led an annual retreat for children and families with the disorders,” Smith said of Cher, whom he has met several times since attending his first retreat in 1994. “She has always kept up on how I’m doing.” Now Smith serves as mentor and role model at Cher’s and other events around the world, hoping to inspire children who confront his challenges and prevent them from enduring his pain.

Smith has Treacher Collins syndrome, a genetic disorder that strikes one in 50,000 births and is just one of upward of 20 birth defects that impede normal development of the bones and tissues of the head and face. After months in a NICU and three years in a state foster-care system, Smith was adopted by a family in Indiana that changed his path. His parents fought for him (and his 11 siblings, 10 of whom were also adopted with special needs), as even school teachers and administrators didn’t understand the little boy with severe speech and hearing impediments could be of normal (and actually high) intelligence.

“I just buried everything inside to protect myself,” said Smith, who had a hole in his throat for a trach tube to breathe and a bulky, bone-conducting hearing aid with headband to hear during his childhood. “I got to the point where I could not express emotion.”

Francis Smith at the piano

During those years, Smith immersed himself in the library of medical books in his home, due to his and his siblings’ slew of health disorders. He became enthralled with anatomy and his own condition, asking for anatomy coloring books and drafting intricate pictures of his malformed skull. He also began toying with the family piano, and a hidden talent in the boy born deaf, now an accomplished classical pianist and violinist, was discovered at an early age.

'A unique combination of skillsets'

After breaking out of his shell at “an accepting” high school, Smith focused his career on craniofacial disorders, today doing bioinformatics and genome analysis of embryonic tissue under the supervision of CU School of Dental Medicine Associate Professor Trevor Williams, PhD. “Francis does very detailed, rigorous analysis of facial shape using specialized techniques,” said Williams, adding that Smith brings a unique combination of skillsets to CU’s program, as he’s able to translate what he knows of biology into the public arena.

“He’s testified before Congress. He’s done blogs. He wrote a foreword for ‘Wonder’ (a book about a boy with a craniofacial disorder set to release as a movie next year starring Julia Roberts and Owen Wilson). Francis is very personable,” Williams said. “He’s not someone who’s embarrassed by his condition, so he’s a real spokesperson. There are some people who can do the science, and there are some people who can talk to Congress. Francis can really fit in on both of those levels.”

Francis Smith with his mother, Betty

Smith, who now uses a CPAP machine at night rather than a trach tube to help breathe and sports a hearing aid the size of a quarter, beams as he talks about giving his first mini-lecture to CU dental students on the surgeries involved with his syndrome. He talks excitedly about wanting to help bring the scientific and medical communities together in advancing treatment and prevention of craniofacial disorders.

And his admiration of his adoptive mother, still his chief advocate at age 92, shines through when he describes a recent project called Fabulous Faces at Sea, which involved the two sharing their experiences with like families on a Caribbean cruise. Smith hopes to make the trip a regular event, as he continues his goal of helping the children whom he calls the “real-life” superheroes. “I want to use my life as an example of what they can do despite their challenges and advise them to persevere.”