A new study from researchers at the University of Colorado Anschutz Medical Campus  appears to disprove the increasingly popular notion that doctors die differently than everyone else, using  fewer interventions that often have little value.

In fact, the researchers said, their national study found that physicians use more hospice care, spend more time in Intensive Care Units (ICUs) and just as much time in hospitals when compared to the rest of the population. 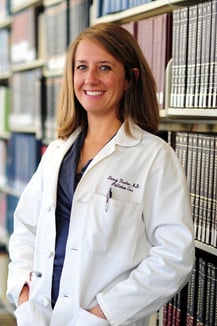 “The overall narrative that doctors die differently is false,” said the study’s senior author Stacy Fischer, MD, associate professor at the University of Colorado School of Medicine. “We found that doctors used more hospice care – about two days on average - but when you look at the length of stay in hospital in the last months of life, there is no difference between them and the rest of population.”

The study was published this week in the Journal of the American Geriatrics Society. In 2011, Ken Murray, a retired family physician, wrote an essay entitled `How Doctors Die’ saying doctors were more likely to die at home with fewer end-of-life medical interventions. The essay swiftly went viral and was supported by hypothetical surveys of physicians regarding their wishes for care at the end of life and later by smaller preliminary studies.

Fischer and her colleagues, including Daniel Matlock, MD, MPH of CU Anschutz, wanted to see if doctors with their knowledge of medical treatment and outcomes truly did die differently than others.

The study also showed that 46.4 percent of physicians and 43.2 percent of non-physicians had enrolled in hospice care for the last six months of life. Doctors used hospice an average of 2.4 days longer than others. And the proportion of doctors using hospice within seven days of death was slightly greater than non-physicians. 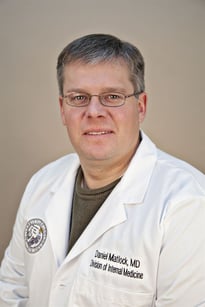 “Based on prior survey research of physician attitudes toward end-of-life care, it was expected that physicians would have less use of high intensity hospital-based care at the end of life,” the authors wrote. “Why might the findings conflict with the prior evidence that demonstrates physician preferences for less aggressive care?”

The differences could be generational, they said, since the average age of the physicians studied was 83.

“Many of these physicians trained and practiced medicine at a time before hospice or palliative care and before many of the technological advances in intensive care,” Matlock said. “Second, fear and avoidance of dying are strong motivators of much of human behavior and perhaps physicians are not immune to these fears of dying.”

“We need to take a critical look at our health care system and ask what is driving this low value care and by that I mean care that doesn’t offer any real quantity or quality of life,” she said. “And clearly, despite their medical knowledge, physicians are not immune. We hope our study will help spark a national conversation about this increasingly important issue.”