A young woman’s TikTok video claiming that icing her chest with a bag of frozen peas conquered her until-then untouchable insomnia must have hit a nerve.

The video spread throughout social media, netting 3.4 million views of her post alone and fueling a slew of others, suggesting what medical experts have long known: Society is anxious and sleep-deprived.

But are these declarations of success from people desperately seeking shuteye scientifically sound? Do their nightly trips to the freezer to ice their vagus nerve – the target of the frozen peas bag – reduce anxiety and induce sleep?

"The big picture answer is yes, this does appear to be a legitimate way to access the cranial nerves, including the vagus,” Cristin Welle, PhD, said of the viral claims, which evolved to include dunking your face in a bowl of freezing-cold water to holding an ice cube to your ear.

In her lab, Welle, an associate professor and vice chair for research in the University of Colorado School of Medicine’s Department of Neurosurgery, focuses on the vagus nerve, the longest of 12 pairs of cranial nerves that run down both sides of the body. The vagus nerve travels from the brain stem and communicates with nearly all the organs of the body.

One of the nerve’s chief jobs is activating the parasympathetic nervous system (PSNS), giving credence to the trending icing claims, Welle said. The PSNS relaxes the body after stress, slowing heart and breathing rates, lowering blood pressure and promoting digestion.

Sean Vieau, one of Welle’s professional research assistants, watched the TikTok video and tried icing the nerve. “Obviously, it’s anecdotal. But I did feel calmer and like my breathing rate decreased,” he said.

Vieau scoured the literature for scientific evidence, finding support from a study published in 2018. In multiple trials, researchers applied cold stimulus via a thermode on subjects’ necks, cheeks and forearms for 16-second periods.

“The fact that cold stimulation on the forearms did not change either measure is strong evidence that cold exposure has a relaxing effect caused by stimulating the vagus nerve, rather than just mere exposure to the cold,” Vieau said.

So why target the face and chest, as the social media posts instruct?

“There are sensory ends (and temperature receptors) of the vagus nerve in many locations in the body (esophagus, lungs, heart, intestines),” Welle said. So activating the nerve via other locations such as the chest could work, she said. But both she and Vieau said, given the science, they’d target the neck.

But ice? No thanks

“There are other ways to activate the vagus beyond face-dunking,” Welle said. “There are many vagal afferents (sensory neurons) in the lungs, and so deep breathing and exhalation certainly activates the vagus as well. I personally find that to be a more relaxing prospect than face-dunking, and it should also have similar effects on decreasing heart rate and increasing heart rate variability.”

Deep-tissue massage and acupuncture are also effective vagus nerve stimulators. “There are a lot of afferents in your ear, and there are some acupuncture points that likely directly access the vagus nerve,” Welle said. In fact, some companies are already creating devices that would be worn on the ear to stimulate the nerve, and her lab is exploring the technology as well, she said.

Some studies suggest VNS can also increase immunity and decrease inflammation, Welle said. Heart patients should check with their doctors before making vagus nerve icing a routine, but Welle doesn’t seen any real dangers to the trend. “Patients with depression or epilepsy wear vagus nerve stimulators 24/7 and don’t experience many if any side effects.”

So, overall, is vagus nerve icing a healthy trend? “I don’t want to over-promise, like you’ll live to 1,000 if you ice your vagus,” Welle said with a laugh. “But it’s possible it’s a healthy thing to do, and in a healthy person, there doesn’t appear to be a downside to trying it.” 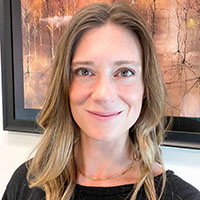