A K-9 exercise brought several explosion-detection dogs and their handlers to CU Anschutz for training and interagency collaboration. Check out a photo gallery of the dogs who attended below.

Their names could fill in the most adorable starting nine in a baseball lineup – Rony, Scout, Oly, Kaiser, Max, Lani, Jet, Reece and Wolfgang.

These nine hard-working dogs and their handlers attended a recent training at the University of Colorado Anschutz Medical Campus held by the Front Range Explosives Detection K-9 Group (FRED). FRED is a collection of K-9 explosive teams from federal, state and local agencies from Colorado and Wyoming that collaborates on both training exercises and security assignments.

Rennie Mora, a special agent with the Bureau of Alcohol, Tobacco, Firearms and Explosives (ATF), led the exercises. One of the benefits of conducting training at CU Anschutz, he said, is that the campus gives the dog and handler wider exposure to new environments, rather than the usual training sites in their respective jurisdictions.

The event included representatives from the Colorado State Patrol, U.S. Marshals Service, Regional Transportation District and Jefferson County Sheriff’s Office. While on campus, the dogs and their handlers ran a course that took them through the halls and study rooms of Education 2 South, including a large lecture hall. Part of the test was for the dog-and-handler team to identify tagged packages or backpacks.

Staying sharp is important for K-9 teams throughout their service careers. Mora said most dogs start on K-9 teams around age 2 to 3, serve for about six years and then retire to a comfortable life.

See a gallery below for all the good dogs who visited campus and put in a hard day’s work. 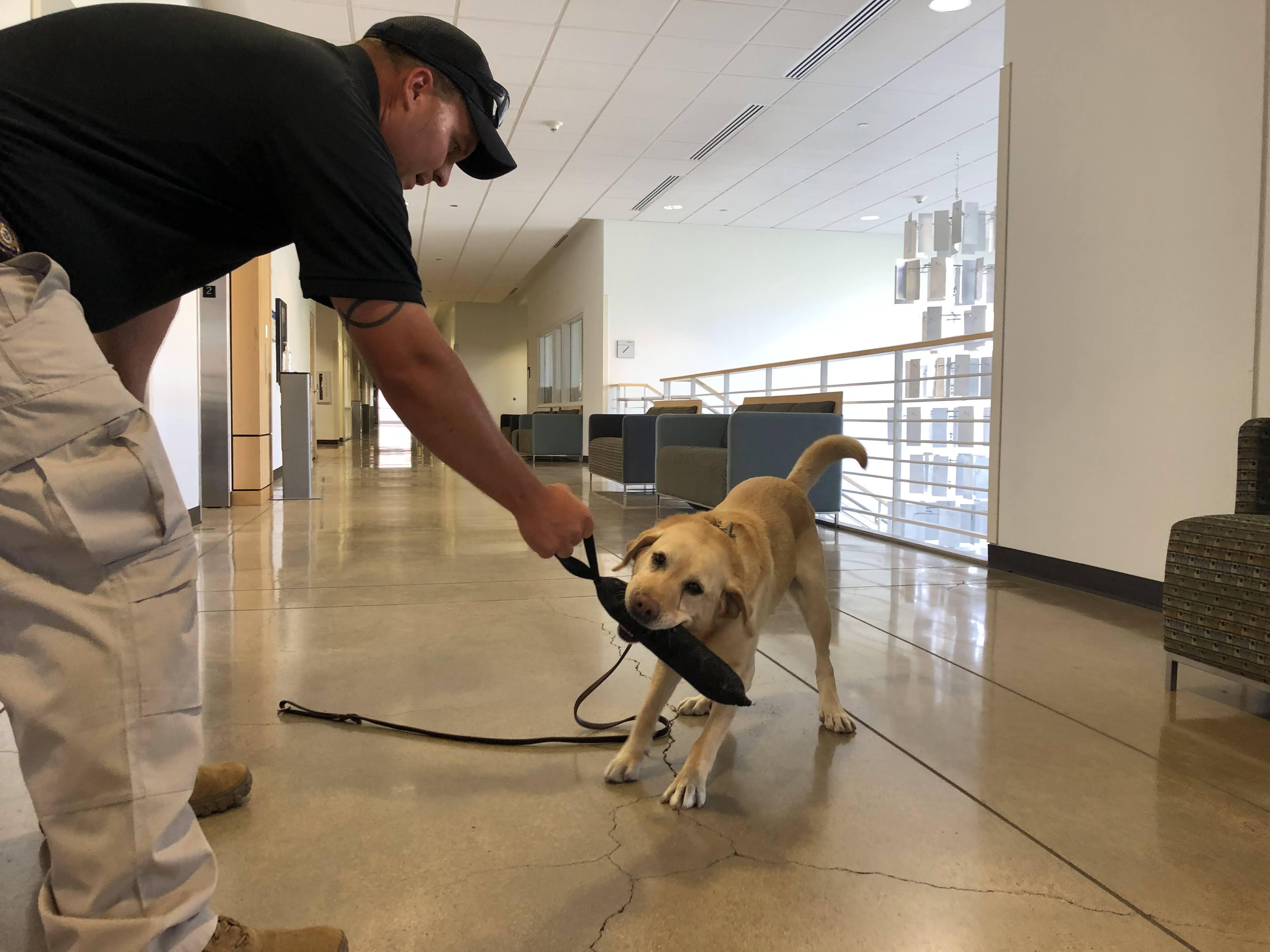 Rony is rewarded with play following the completion of his training. 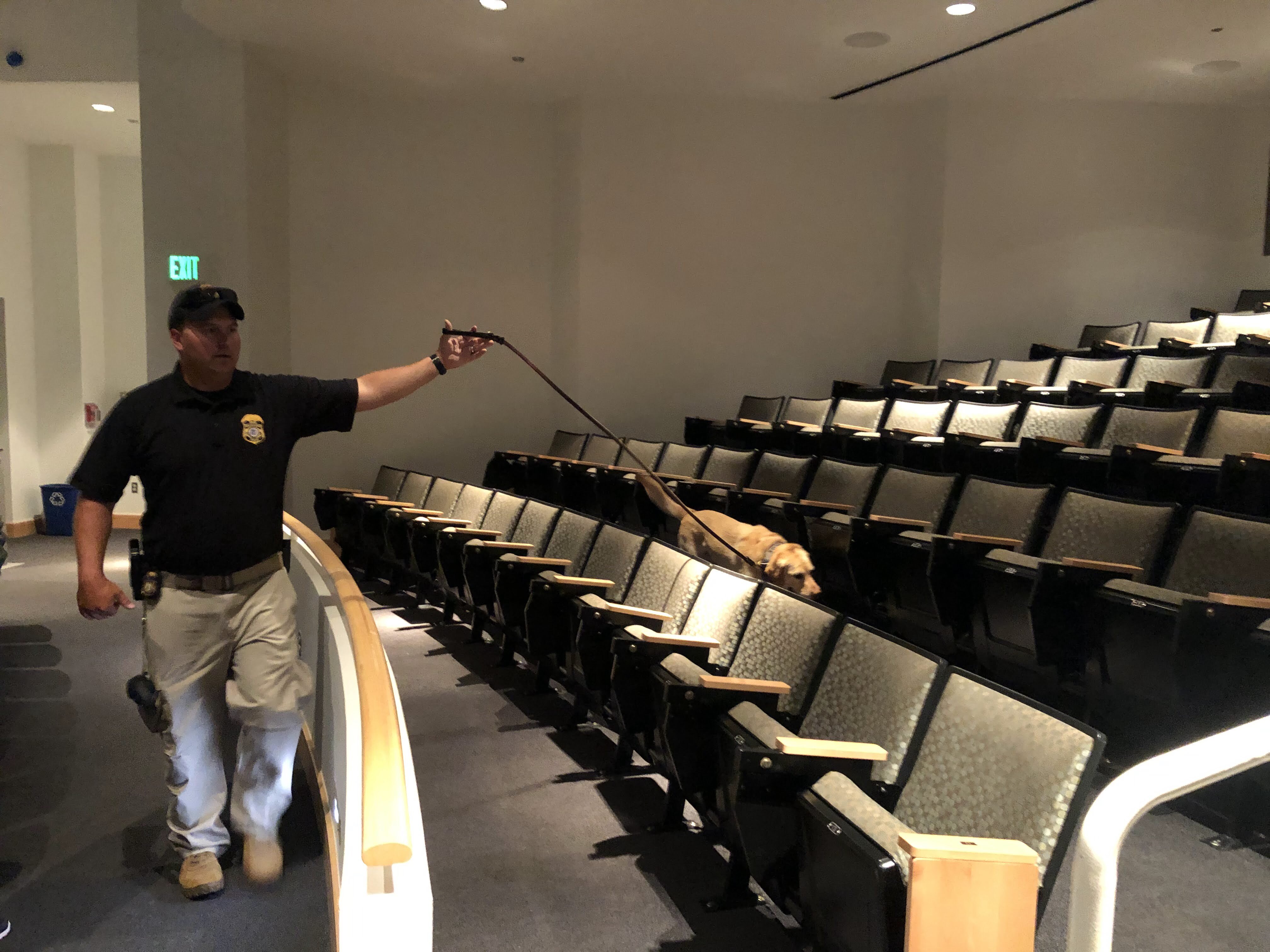 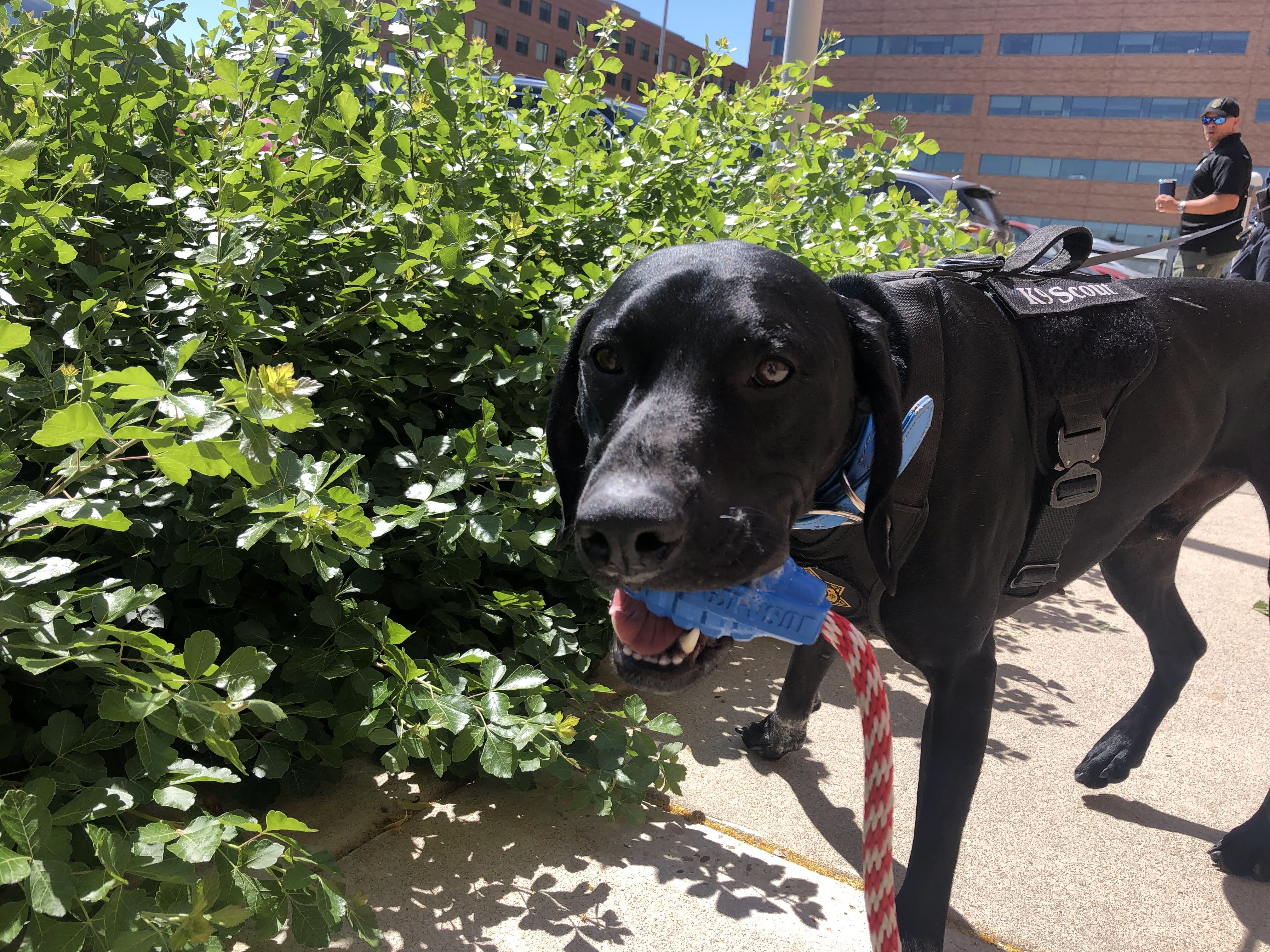 Scout earns some toy time after his training. 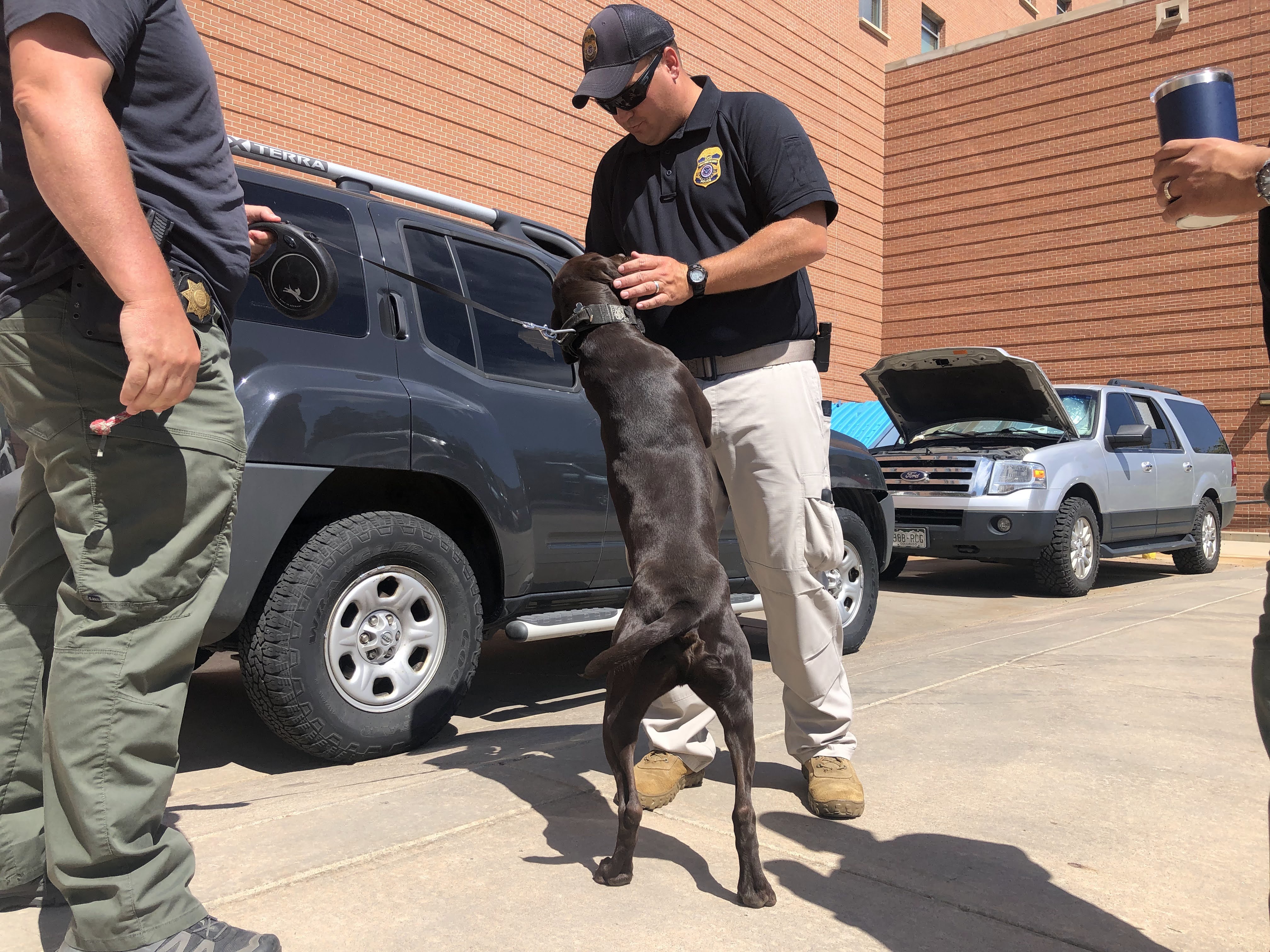 Oly greeting his trainers for the day. 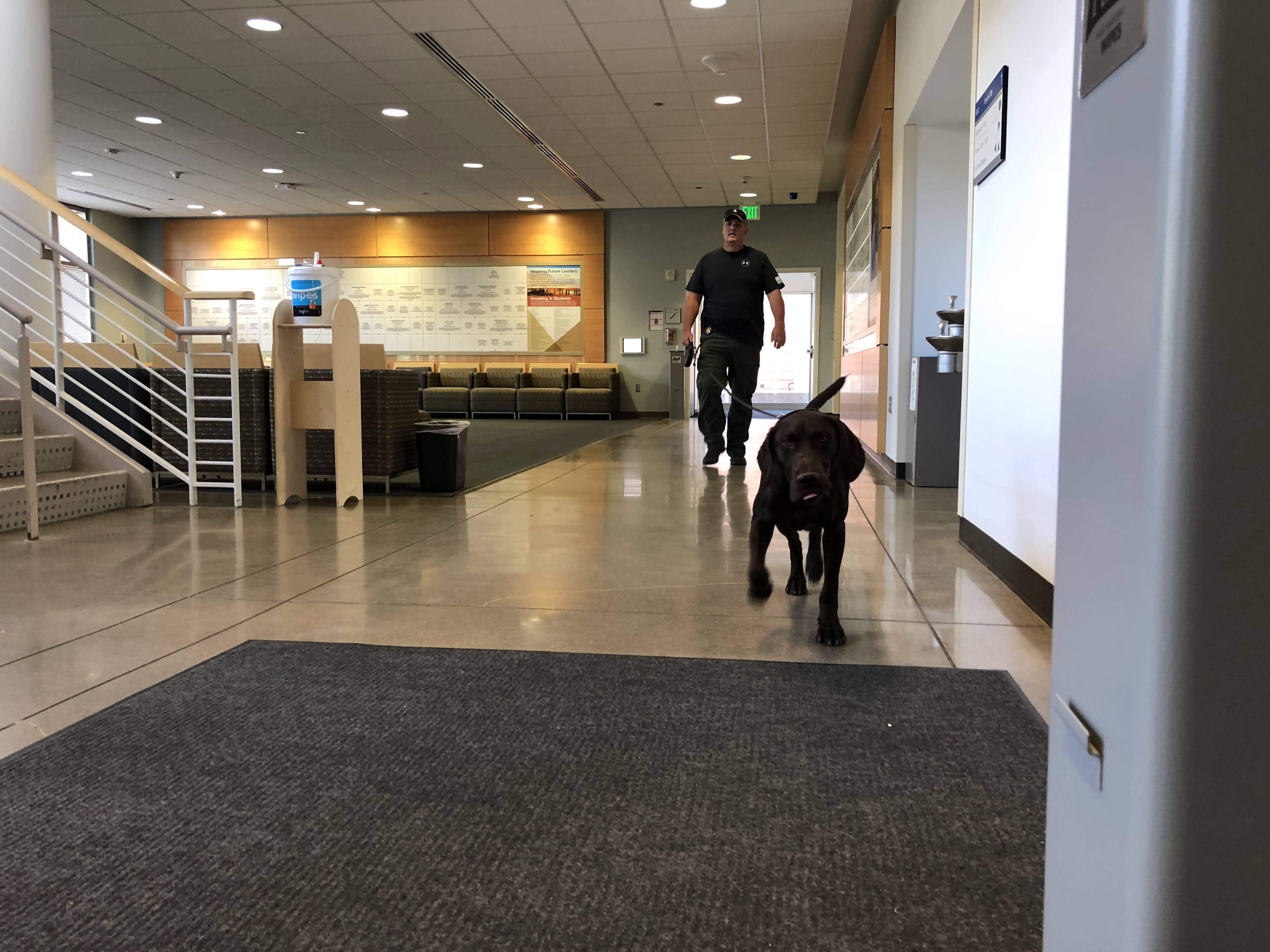 Oly flying through the hallway portion of the training course in Ed2 South. 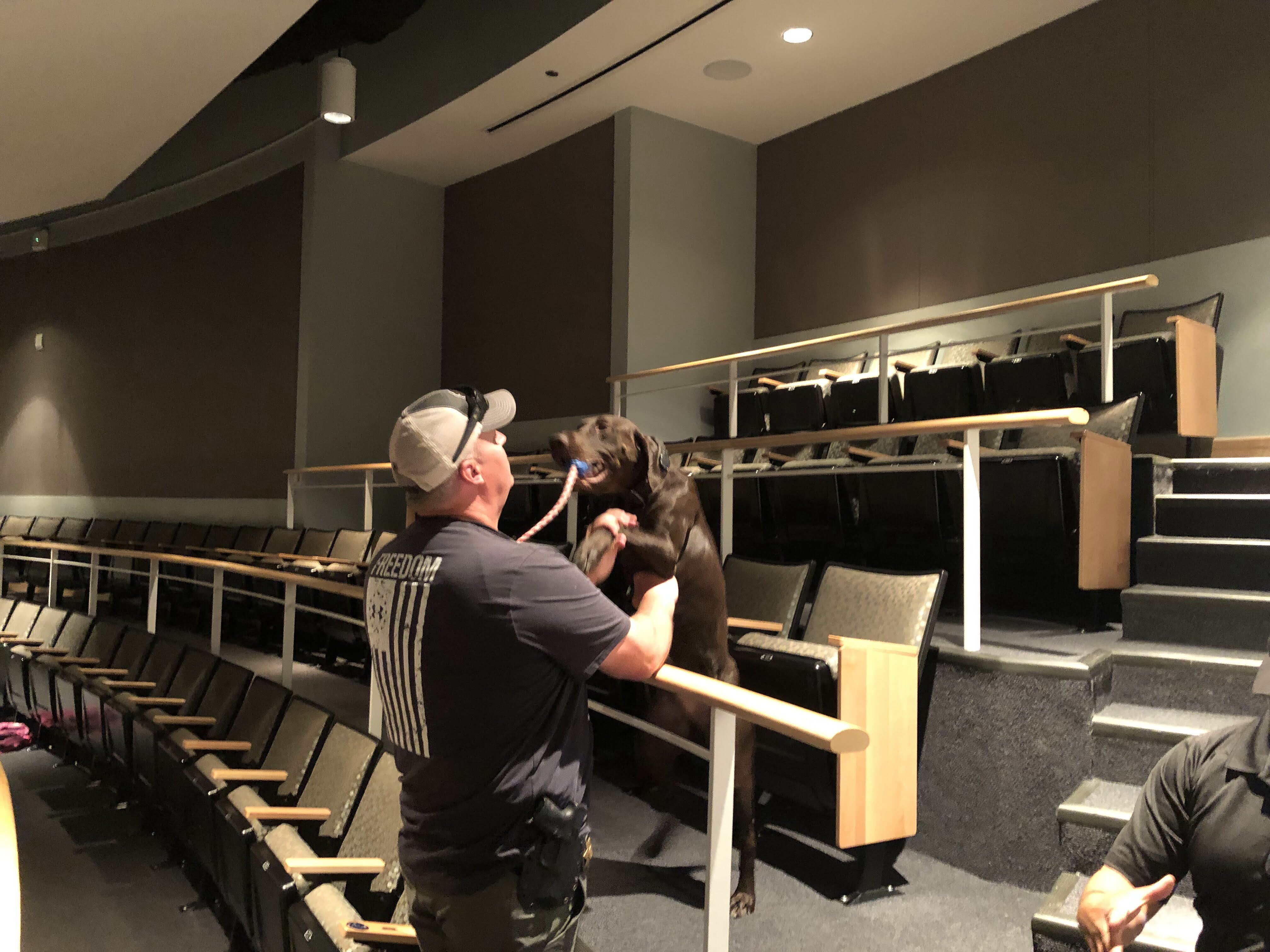 A job well done for Oly. 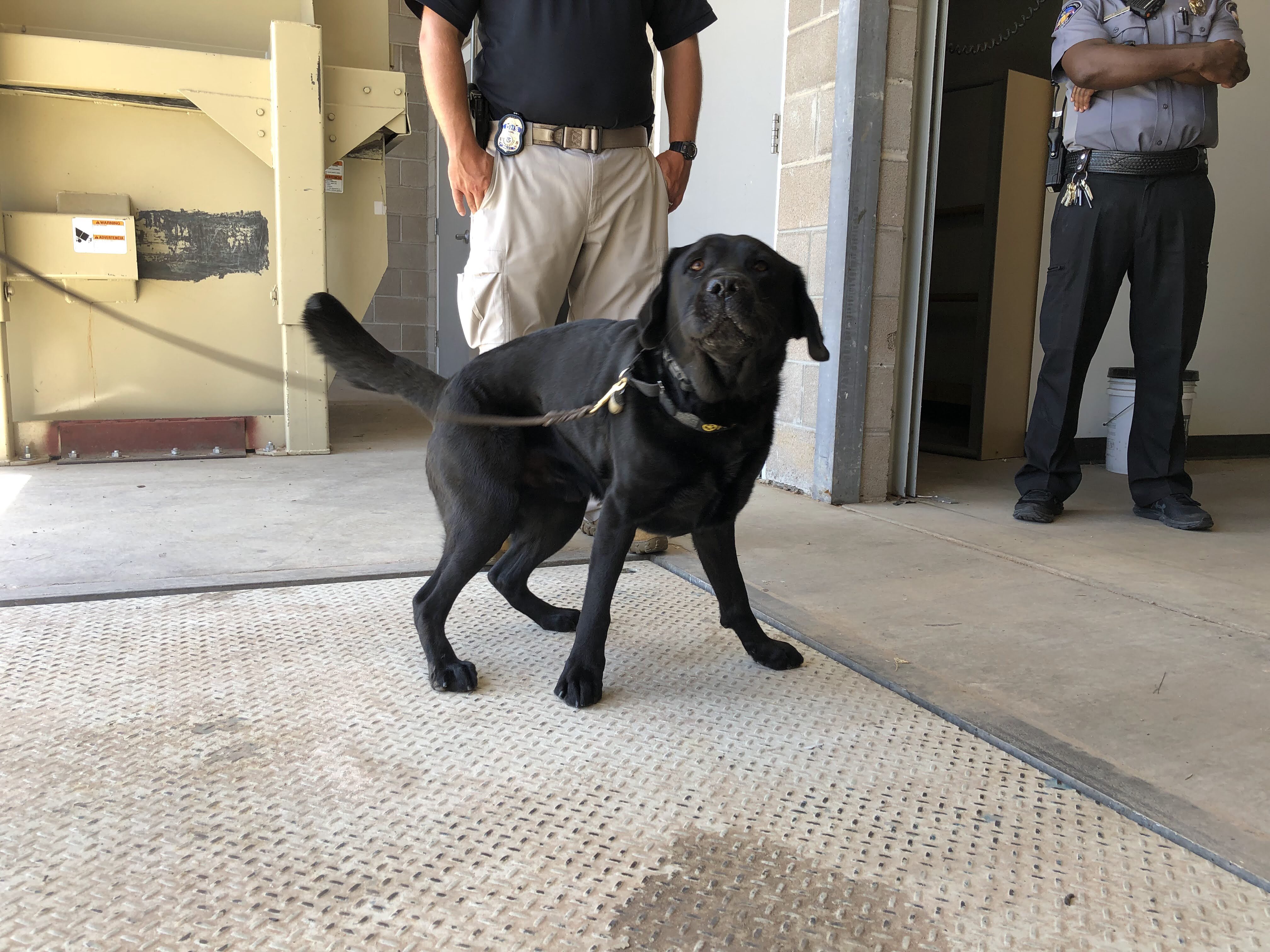 Kaiser, just after a booming bark, gets ready to run the course. 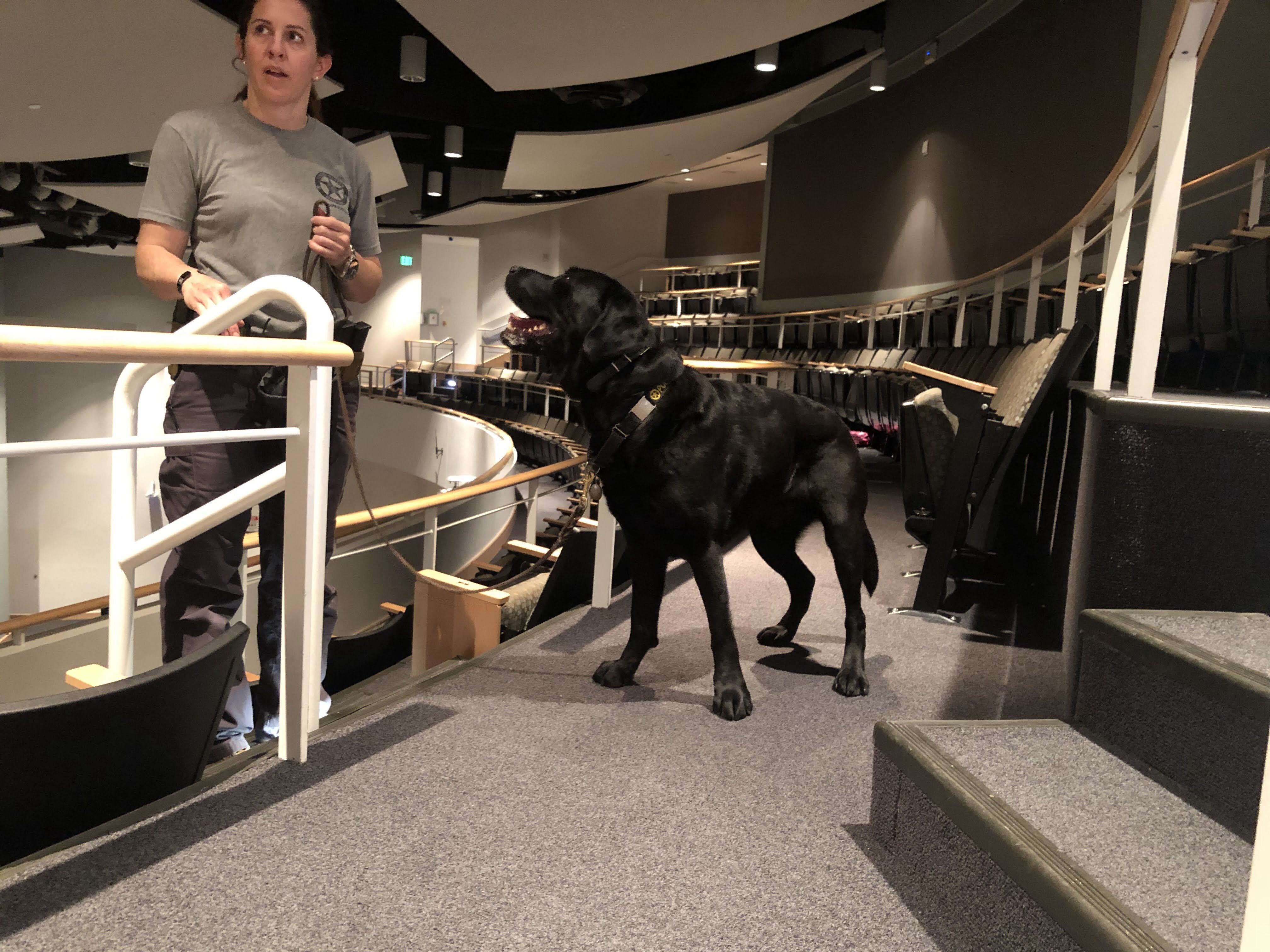 While his bark might be big, Kaiser also has a giant smile. 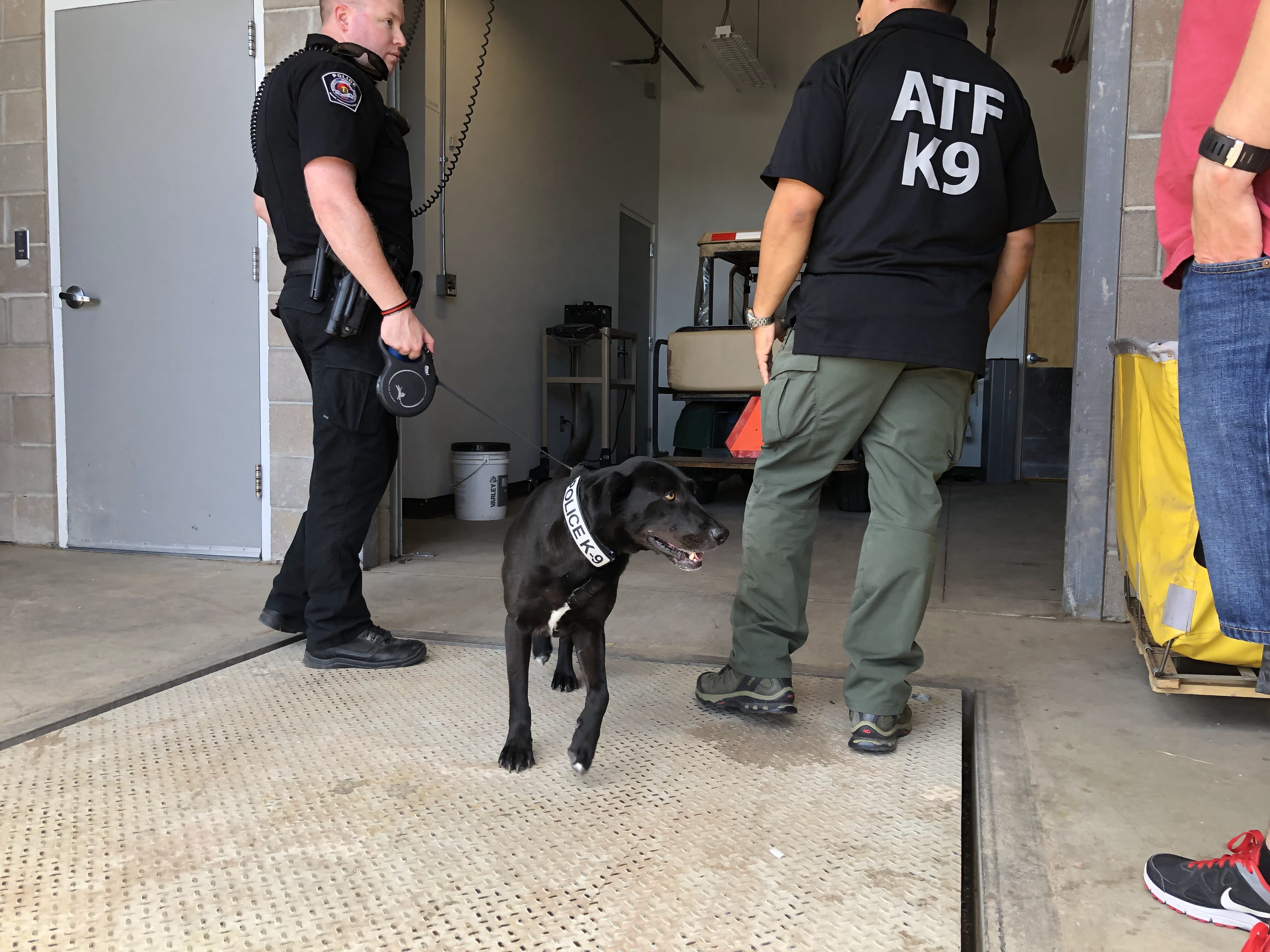 Max gets ready for his run at the loading docks behind Ed2 South. 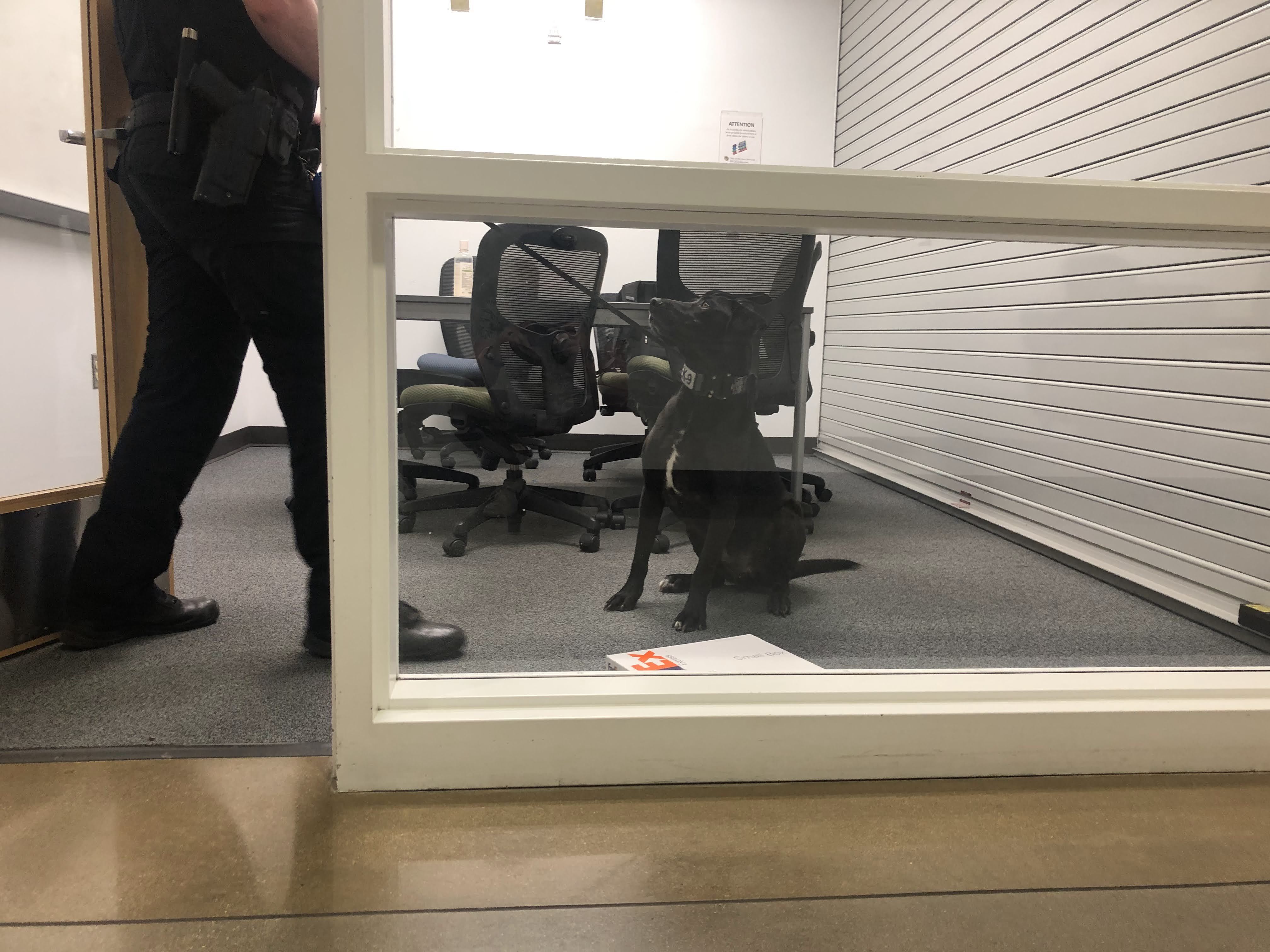 Max kept coming back to this box, which wasn't tagged. (That's OK Max. We still think you're doing great.) 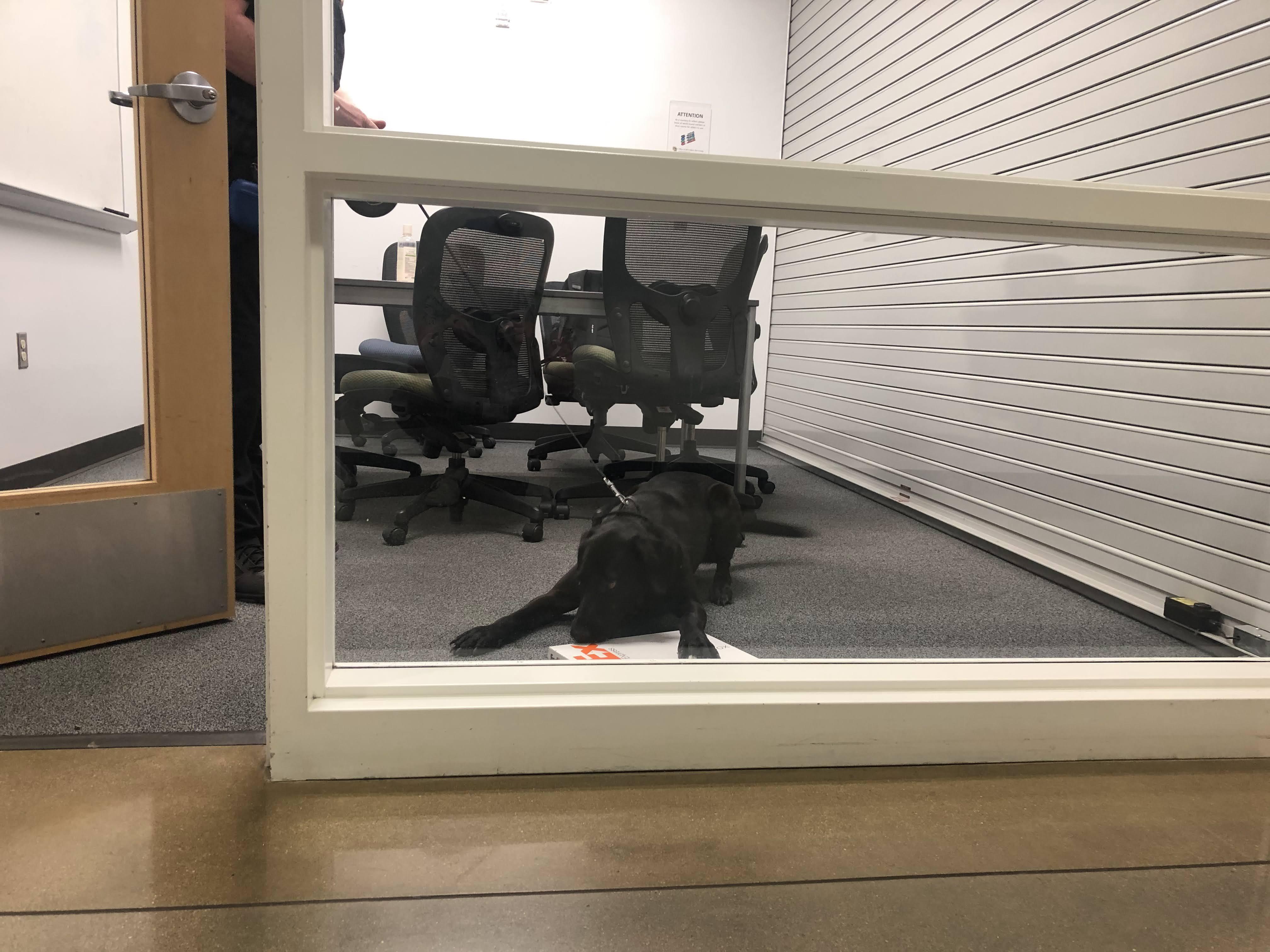 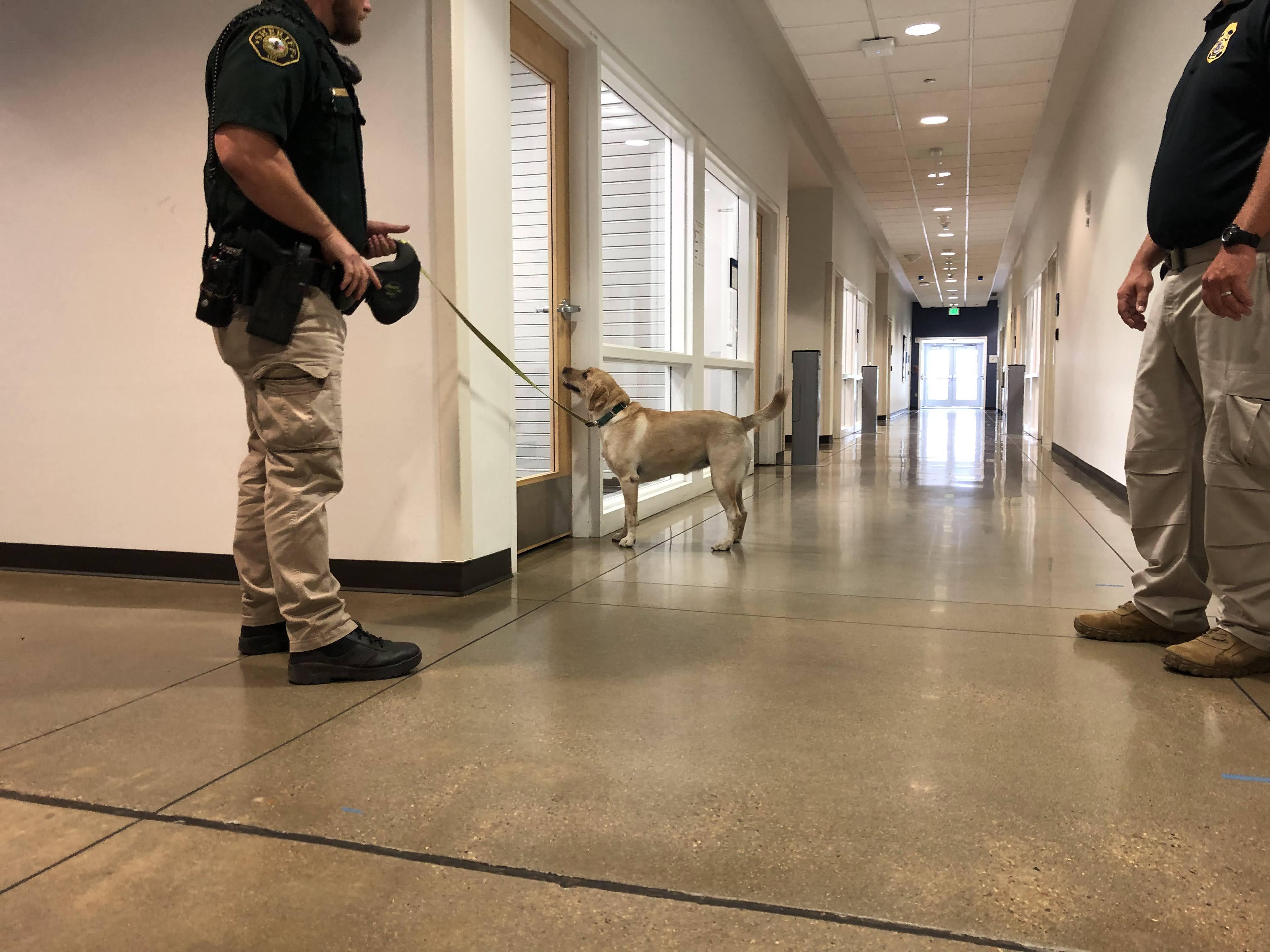 Lani, the only female dog on this day of training, is ready to get going.

Lani was very excited for her training day. 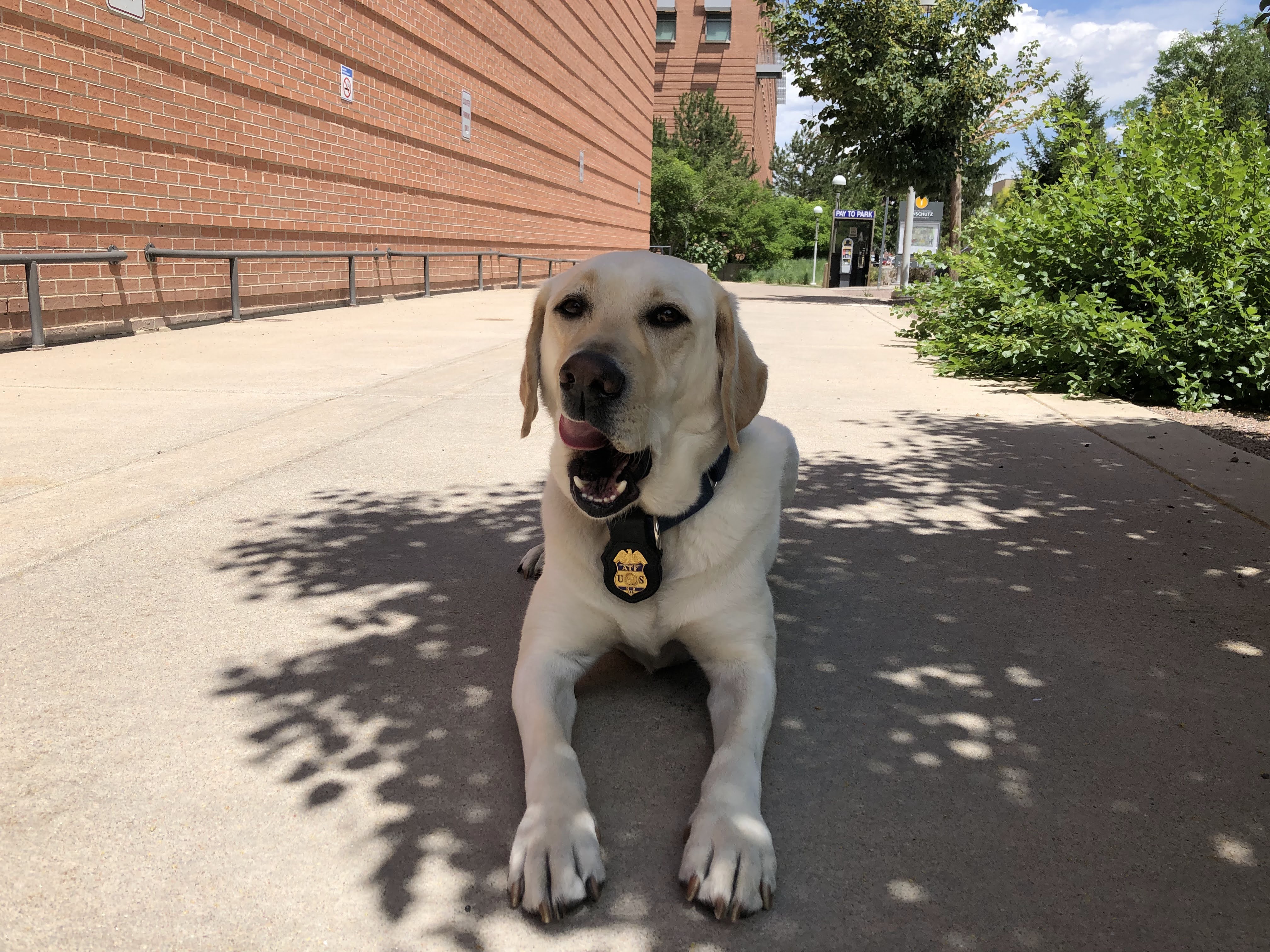 Wolfgang takes a break in the shade. 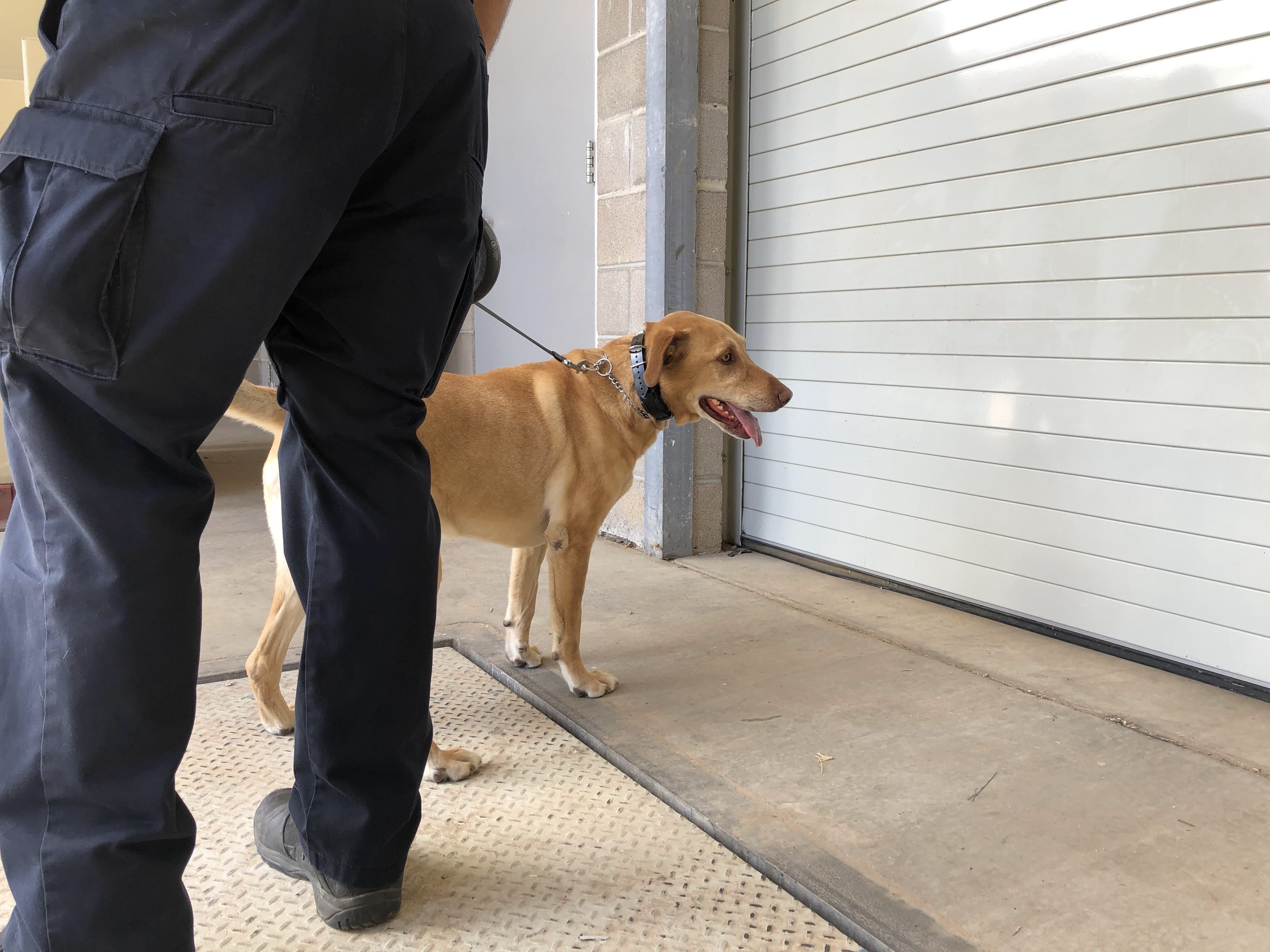 Jet getting ready for his training. 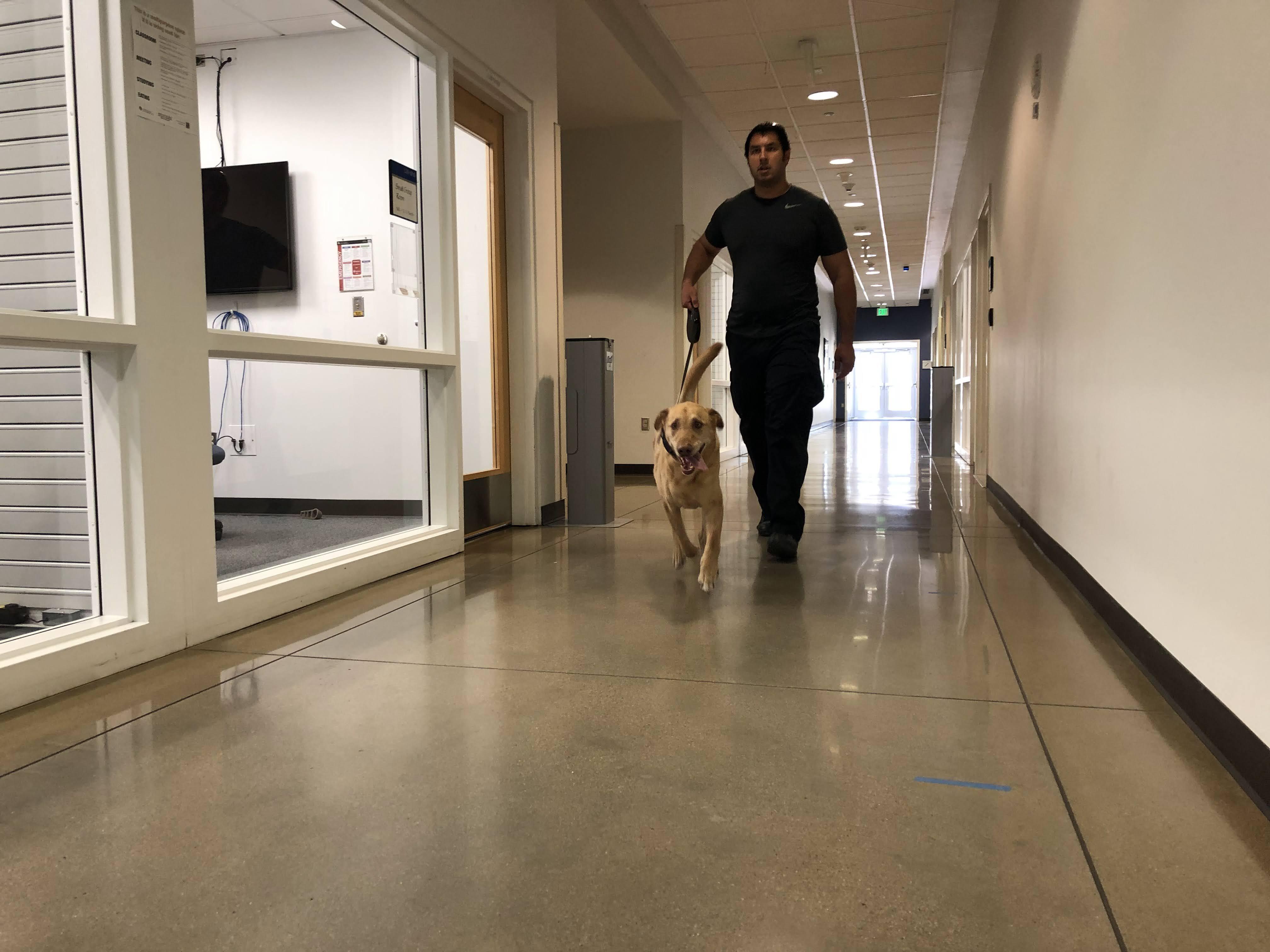 Jet bounding through the halls of Ed2 South. 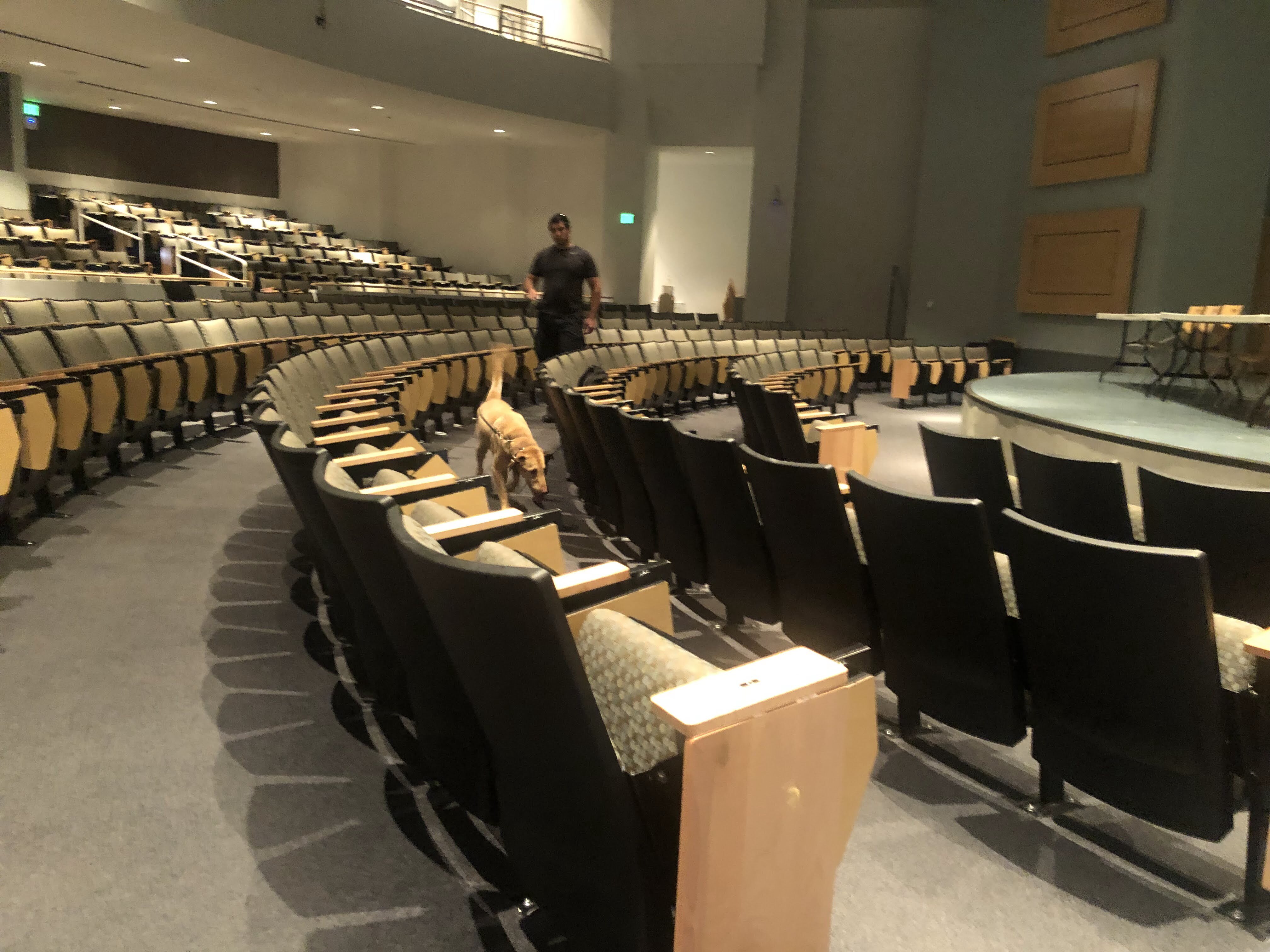 Jet finishing his training sweep of the lecture hall. 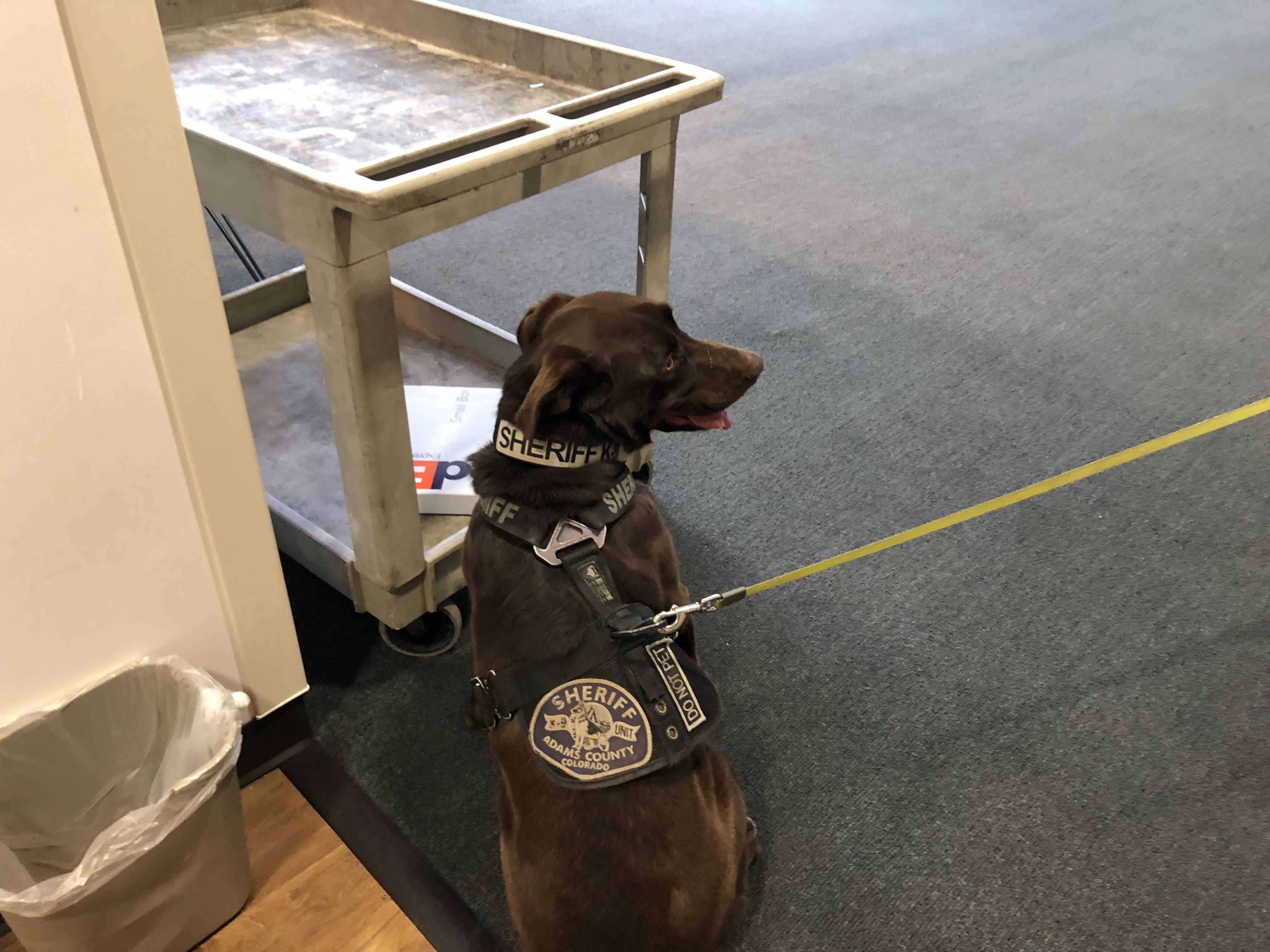