Prescription drugs for diabetes are being touted by some celebrities and other social media influencers as quick ways to shed weight. A CU Anschutz expert on obesity and weight-loss strategies explains the pros and cons of these injectable drugs.

When a Twitter follower praised Elon Musk’s new “awesome, fit, ripped and healthy” look, the billionaire entrepreneur replied that his secret was “fasting” and “Wegovy.” Given society’s obsession with celebrities and weight loss and Musk’s massive following on Twitter, a viral tweet was born.

Increasingly, Wegovy, Ozempic and other diabetic drugs are being touted by influencers on social media as fast ways to lose weight. The injectable drugs come with a steep price tag, costing as much as $1,000 a month.

Below, Adam Gilden, MD, MSCE, associate director of the University of Colorado Weight Management and Wellness Clinic at the CU Anschutz Health and Wellness Center, talks about these drugs. In his practice, Gilden, an associate professor of internal medicine at the CU School of Medicine, focuses on helping patients lose weight, especially those with conditions such as diabetes, high blood pressure, sleep apnea, high cholesterol and arthritis.

Prescription drugs such as Wegovy and Ozempic are showing up in the popular press as a way to help people lose weight. What was the main purpose of these drugs? Were they designed to treat type 2 diabetes or to be a weight-loss tool for people struggling with chronic obesity?

We call these drugs GLP-1s because that’s the hormone they act on. The first GLP-1 medication, exenatide (Byetta), was FDA approved in 2005 for treatment of type 2 diabetes.

There are now two medicines in the class that are FDA approved for chronic weight management, in addition to diabetes. One is liraglutide, which has a diabetes dose and a higher weight-loss dose. And there is semaglutide (including Wegovy and Ozempic), which has the same separate doses for either diabetes or weight loss. Semaglutide has received more attention in the press because it’s nearly twice as effective as liraglutide in terms of the average weight loss.

Are these drugs geared toward people in the ‘obese’ body mass index range?

These medicines are meant to be used on a long-term basis, so we don’t prescribe them for six months and then stop, because typically the patient would regain their weight. So, we typically keep people on these medicines for years.

The spike in consumer demand has reportedly caused shortages of the semaglutide medications. Could a supply shortage be dangerous for people with diabetes who need these drugs?

There have been some supply chain issues with production of the injection pens used for the weight-loss doses of semaglutide (Wegovy). That has had some spillover effect for the diabetes pens (Ozempic). However, I don’t think the shortage is widespread enough to be a real health risk to patients with diabetes.

How do these drugs work?

For weight loss, the mechanism is that it slows the emptying of the stomach. So, people just tend to feel full very quickly on these medicines and eat much smaller portions. There are also some secondary effects in the brain in terms of reducing the drive to eat.

In terms of diabetes, do these drugs boost the production of insulin?

GLP stands for glucagon-like peptide, so it’s a hormone that’s produced by the pancreas at the same time insulin is produced, and it suppresses the secretion of glucagon, which is a hormone that raises blood sugar. It is a naturally occurring pancreatic hormone that has the effect of lowering the blood sugar.

Are there any side effects from these drugs?

Some of the celebrities, including Musk, say they’ve used the drugs in conjunction with fasting. Is that a safe or healthy approach – to fast in combination with drugs like these?

The term ‘fasting’ is often misused in the general parlance. For most patients, what they’re talking about is restricting the number of hours per day that they eat. In the field we call that ‘time-restricted eating.’ The science supporting this practice is, frankly, not very strong. There was a recent article published that showed that it did seem to produce maybe four or five pounds more of weight loss compared to the usual advice that we give patients, but as I remember, the participants in that study have to stop eating by a pretty early hour in the evening.

So, one of the major restrictions of time-restricted eating is, to be an effective strategy, that person has to stop eating by early evening, and it’s just a very difficult strategy to implement for most people who work full time. So, somehow this strategy of time-restricted eating has become very popular in the U.S. without much science behind it. If patients ask me about what they call ‘fasting,’ I’m going to tell them, ‘Yes, it’s fine if you want to try that, but there’s nothing magical about it.’ The most important number is the total number of calories consumed per day, rather than the number of hours per day that a person eats.

Long-term weight loss is a difficult task given that so many people struggle with regaining the weight. Do you advise that patients, who have personalized variables and different needs, use these drugs as part of a long-term weight-loss strategy?

That’s a great question because it gets to many other issues including why health plans typically don’t pay for (the drugs). Because if you look at the national data on obesity, 40% of the American public could potentially be eligible to take a medicine like this. When you look at the cost of these medicines and the large number of people eligible to take them, it’s obviously not sustainable from a health system perspective. So, do I encourage people to take a medicine? I try not to push people one way or the other. My patients are generally seeking advice and help, and often times, they are looking for something more than dietary advice.

My practice is to tell them about the available medication options – including how much weight they might expect to lose – and that they are probably going to have to take a medicine long term, and that it may or may not be covered by their insurance.

At the same time, I tell them about the science of body weight regulation, which is that if somebody loses 10% of their body weight their energy needs actually go down by 15% rather than 10%. So, when a person loses weight the body becomes more efficient at storing energy, which then predisposes them to regain their weight. So, the idea that people regain the weight because they revert to their previous eating and exercise patterns, this does not tell the whole story.

There are biological reasons why people have trouble sustaining a long-term plan that allows them to lose weight and keep it off. There are reductions in metabolism and increases in hunger that predispose people to regaining their weight. So, for those reasons, medications can sometimes be very helpful, but I try not to push people into taking pills. The medication is meant to be a tool to help the patient make dietary modifications that can be permanent.

What are the main health risks of obesity?

Diabetes is one of the biggest risks. Sleep apnea is also very closely connected to weight and is a pretty significant health issue. We also see high blood pressure and high cholesterol, but those are pretty easy to treat compared to diabetes and sleep apnea. As people age, we see the musculoskeletal complications of excessive weight. We see knee arthritis and hip arthritis – and similar conditions – which can become debilitating.

(Note: This interview was edited for brevity and clarity.) 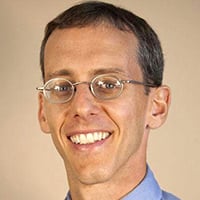