Home News Energy Drink or Coffee? This Nutritional Scientist Would Choose the Java back to News

First entered into the Merriam-Webster’s Collegiate Dictionary in 2012, “energy drinks” have been a formidable player in the beverage industry since. But are consumers feeding a market of false promises? An expert breaks down energy drink claims.

In a world that rewards high-energy overachievers, it’s little wonder why the longtime trendy drinks are everywhere today, from office desks and college classrooms to commuter trains and neighborhood gyms.

“The people who did the marketing behind these things, I think, are extremely skilled at how to appeal to people,” said Bonnie Jortberg, PhD, RD, a nutritional scientist and associate professor of family medicine at the University of Colorado School of Medicine. But for the most part, she said, the advertising claims painting the products as healthy are more fad than fact.

‘They are powerful stimulants’

“There’s a fair amount of evidence out there that caffeine does make people feel more mentally alert and like they have more energy,” Jortberg said. “And there’s evidence that caffeine can enhance physical performance and endurance.”

But the benefits wear off quickly, and the window for a “healthy” boost is narrow, she said. Exceeding 300 milligrams of caffeine (roughly three cups of brewed coffee) can result in negative effects, from feeling jittery and anxious to triggering cardiovascular conditions. “These are stimulants, and they are powerful stimulants,” Jortberg said.

Caffeine content in energy drinks varies, but a few brands have 300 milligrams or more in one can. Many brands also include understudied ingredients for their purported energy-boosting effects, such as guarana extract and yerba mate, a plant popular in South America used for tea. (Some early studies have linked yerba mate to mouth, throat and lung cancer at high levels, particularly when consumed at high temperatures.)

Like any highly-caffeinated drink, energy drinks can raise blood pressure and heart rate and trigger arrhythmias, which, when used in high quantities over a period of time, can lead to strokes and heart attacks, Jortberg said.

“It’s something that absolutely I think can be quite dangerous, particularly for people who might be at risk of heart disease. You have to listen to your body, and if you really are having reactions (such as pain or pounding in your chest), it’s not good for you. You should not be consuming these kinds of drinks,” said Jortberg, a certified diabetes educator who steers people with high-risk conditions – high blood pressure, heart disease or diabetes – away from the drinks.

Another trend that concerns Jortberg, which centers largely on younger and college-aged crowds, is mixing energy drinks with alcohol. The combination appears to lead people to drink more alcohol, which also raises heart rate and blood pressure, than they otherwise would.

“The CDC (Centers for Disease Control and Prevention) reports that drinkers who mix alcohol with energy drinks are four times more likely to binge drink at a high intensity,” Jortberg said. “And the majority of energy drink-related emergency department visits involved combining these energy drinks with alcohol.”

For otherwise healthy people, downing an energy drink for a periodic pick-me-up might be OK, Jortberg said.

“If it’s a one-off thing, like you are a student, and you have a big exam coming up or, for whatever reason, you have to drive late at night – I think in very small doses for very specific reasons, they might be safe. I wouldn’t say they are healthy, but they might be safe,” she said.

“Where they are neither safe nor healthy is when people are drinking them on a daily basis. They contain far too much caffeine and sugar and some other things that I don’t think the average person needs.”

High sugar content (glucose and sucrose) in many of these drinks contributes to an energy jolt. “But it’s not going to sustain energy for a long period of time,” Jortberg said, adding that it will, instead, quickly lead to a “sugar crash” and a desire to reach for another can.

To combat calorie count in a nation struggling with an obesity epidemic, many energy drink manufacturers have “sugar-free” options, making the drinks palatable with ingredients such as sucralose or erythritol.

“Those are sugar alcohols,” Jortberg said. “Sugar alcohols are derivatives of glucose and sucrose, but they don’t actually have as much caloric content. More importantly, in particular for people with diabetes, they don’t tend to affect your blood sugars in the same way, keeping levels more stable.”

But moderation is key. “The problem with these sugar alcohols, and this is a big problem, is they really cause gastrointestinal distress,” she said. “I’ve worked in diabetes education for decades now, and it’s one of the things that I’ve always had to caution people with diabetes about. If you are drinking two or three of these a day, you might have some pretty significant diarrhea. And I don’t think that’s something people realize.”

“Where they are neither safe nor healthy is when people are drinking them on a daily basis.” – Bonnie Jortberg, PhD, RD, on energy drinks

Neither Jortberg nor the American Academy of Pediatrics recommends energy drinks at all for youth and teens. Jortberg also noted many high school campuses have banned the drinks, citing sleep disturbances and behavioral problems, such as anxiety and aggression.

‘We just don’t know enough about them’

None of the other common energy drink ingredients has been researched enough to certify any claims that they can boost athletic performance, improve cognition or enhance weight loss. And their safety remains uncertain in an under-regulated market, Jortberg said.

Singling out taurine, an amino acid touted for building athletic strength and endurance, Jortberg said it’s better to get nutrients through diet. “Taurine is naturally in meat, fish, dairy products. I always get concerned when these companies take something like taurine, and they extract it or they make it artificially, and then they stick it in a supplement in a much higher amount than you would normally take in in your diet.”

As Jortberg struggled to read the ingredient list of a popular energy drink, failing and giving up on one item she had never heard of before, she said: “I always tell people: If you read the ingredients, and you can’t pronounce them, they probably are not good for you. For someone like me, who’s worked in this field for 30 years, and I can’t pronounce them? I’d say the bottom line is, you’re much better off to have a cup of coffee then you are to have one of these drinks.” 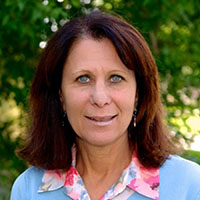