Home News Expert: A Collision of Factors Could Give Rise to a ‘Rocky’ Flu Season back to News

Although relatively small, the summer flu surge indicates this fall and winter’s flu season will likely start early and last long, according to immunologist Jenna Guthmiller.

As the season changes and we inch closer to winter, healthcare professionals are gearing up for this year’s flu season. How do researchers shape annual vaccine design? What kind of flu season are we in for? What happens when we get more than one vaccine at once?

Jenna Guthmiller, PhD, assistant professor of immunology at the University of Colorado School of Medicine, answers our questions about this year’s flu season.

How do we determine the makeup of the annual flu vaccine?

Why are experts predicting a bad flu season this year?

This year, due in part to COVID restrictions, and now lack thereof, the Southern Hemisphere experienced a much earlier and more severe season than previous years. We believe we may experience something similar here.

The flu dropped off dramatically in 2020 when we all went into isolation and heavily masked when we did go out. Flu and COVID are transmitted the same way, so avoidance of one led to avoidance of the other. We also had large outbreaks of COVID over the last two winters that kept people home. Now, as restrictions or mitigation efforts are reduced, people haven’t seen flu in the last few years, which means their odds of getting infected are substantially greater.

What factors dictate the severity of the flu each season? Are there concerns for severity or death among vulnerable populations, such as the elderly and children, who have not been building their immunity over the past two years?

This is a huge concern. This could be a particularly rough winter for individuals getting the flu and having severe complications.

People with preexisting conditions that make them more susceptible to complications, such as cardiovascular diseases, lung diseases, asthma, are at a higher risk of having more severe infection. Elderly people are at increased risk of severe disease, as they generate poorer immune responses. Infants and toddlers may have more severe infections if they contract the flu since it may be their first exposure to the disease.

How did heavy masking during COVID impact the spread of the flu?

We had a summer flu surge. How does that change the course of the fall/winter flu?

The surge was relatively small, but I think what that indicates to me is that we’re in for a rocky flu season this winter. It’s likely going to start early and last longer.

What can we expect with a particularly bad flu and the lingering presence of COVID?

The media is calling it a “twindemic.” What’s going to end up happening is this could put a massive strain on our healthcare system. As the number of infections go up for flu, we could experience a similar wave of COVID again this winter, and our healthcare system could be further strained by an influx of flu and COVID cases.

A lot of people are getting multiple vaccines at once – COVID booster and flu shot, etc. What happens when you get more than one vaccine at a time?

You’ll generate a response against both viruses just as well as if you were to receive them individually. If you are at the pharmacy getting your COVID booster, you should absolutely get your flu shot at the same visit.

What would you say to someone who doesn’t think the flu vaccine is effective?

The more a population vaccinates, the more they’re immune to strains, and the more effective the vaccine is. However, most people do not receive the vaccine, and the largest populations that do, such as the elderly, are those that are least likely to generate a protective response. In addition, previous immunity can shape how you respond to the virus, and vaccines have been very effective against components of infection. Preexisting immunity also shapes which strains are dominant, which dictates how vaccines work against strains.

Overall, I highly recommend people get the flu vaccine sooner rather than later. As evidenced in the Southern Hemisphere, the winter flu season may start earlier than normal and may be worse than anything we’ve seen in years. 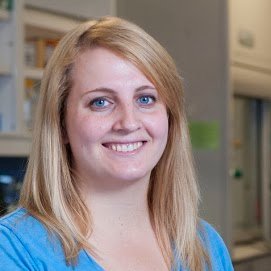