June 9 will forever be a day that taps a wellspring of emotions in the Schaben family of Edmond, Okla. On that day five years ago, Steven Schaben, a musician living in Denver, stumbled and fell backward off the third-floor balcony of his apartment, breaking several vertebrae, ribs and a foot.

If not bad enough, those were just the beginning of his problems. During scans at UCHealth University of Colorado Hospital, doctors discovered a baseball-sized tumor in Schaben’s right frontal lobe.

The day is seared into the memory of Jennifer Kalkman, Schaben’s mother. She was worried enough to hear about broken bones on an initial call, and “then we got a call that it looks like he’s broken his neck, so we packed our bags and started driving from Oklahoma. We were in the middle of Kansas when they called and said they discovered a brain tumor. It just kept getting worse.”

Several weeks later, after Kalkman did some research and zeroed in on Kevin Lillehei, MD, professor of neurosurgery and chair of the University of Colorado School of Medicine Department of Neurosurgery, Lillehei’s team performed a 14-hour surgery to remove the tumor.

“His surgery was a little longer (than typical),” Lillehei, who is also a CU Cancer Center member, recalled. “We used intraoperative MRI, which at the time was a very new technology. We’re still the only intraoperative MRI in Colorado.”

The technology allows surgeons, while in the middle of surgery, to transfer the patient into an MRI scanner, perform the scan and then go back into surgery. In Schaben’s case, Lillehei saw a small margin of tumor on the scan and spent another two hours operating. “It maximizes our ability to get a complete resection.”

Worries about quality of life

Schaben’s lesion – “an ugly tumor; it pushed the midline of his brain over” – was diagnosed as anaplastic oligodendroglioma, Lillehei said. Gliomas are graded 1 through 4, and Schaben’s was grade 3, one of the worst actors. Lillehei said it had likely been growing for a couple years.

Before the surgery, Schaben had a frank discussion with his neurosurgeon. “If this (surgery and follow-up treatment) was going to make it impossible for me to keep playing music, I’ll just take my chances (without treatment),” he said. “Because I knew I wouldn’t necessarily have a very high quality of life. My whole life has been about music.”

Lillehei assured Schaben that the tumor wasn’t viable brain tissue, and that he was confident he could get a gross total resection. Lillehei was also encouraged by the IDH1 mutation and 1p19q co-deletion found in Schaben’s tumor; both are helpful in that personalized drugs effectively target those biomarkers.

Years ago, doctors sent tumor tissue to a pathologist who graded the lesion based on its histologic appearance viewed through the microscope. “What predicts the behavior of a tumor now isn’t really what they see under a microscope anymore. It’s the genetic mutations,” Lillehei said.

With newer treatment regimens, he said, the overall survival rate for high-grade glioma (grade 3 and 4) patients has only increased slightly. But the number of patients with long-term survival has definitely improved. For grade 4 glioblastoma patients, “it used to be less than 4% survive to three years, and now it’s up around 11%,” Lillehei said. “So, we’re seeing more of these long-term survivors, which is encouraging, but it’s not yet shifting the big picture.”

He’s seen a “handful of patients” with grade 4 glioblastomas who have lived 15, 20, 25 years and beyond, “and nobody is quite sure why.” He noted that Schaben’s case epitomizes the story of glioma patients with the best long-term prognosis.

“He’s young, he’s functionally intact, he’s got good genetics, and we were able to get a gross total resection – all of those help. And then he went through treatment – chemo and radiation,” Lillehei said. “Also, his tumor was on the right side – your creative side tends to be that side – so the fact that he’s doing musically so well is very rewarding to see.”

Schaben, who now lives in Austin and in July received a clean scan at the five-year mark of his diagnosis, recently performed a benefit concert for Oligo Nation, a foundation that supports anaplastic oligodendroglioma research. With his duo partner, he sang “Fort Worth Blues” by Steve Earle, which includes the lyric, “Colorado is always clean and healin.’”

While Colorado is where the horrific confluence of events occurred on June 9, 2016, when Schaben was 32, it’s also where he received exemplary care and began the healing process that sees him now at 37 and back to facile finger work on the guitar. He was actually proficient the day after surgery when he was able to play guitar in his hospital bed.

“Because it was slower growing than other kinds of tumors, apparently my brain was able to kind of slowly wire around it,” Schaben said. “And I lucked out and got a really experienced surgeon in Dr. Lillehei. I benefited from his expertise. I haven’t had any cognitive declines that I’m aware of.”

Coincidentally, a bandmate of Schaben’s at the time of his fall was a medical student at CU. He helped Kalkman research caregivers. “He came by the hospital and spent a lot of time helping my mom navigate the system,” Schaben said. “As I said, I’ve been much more fortunate than a lot of people who had this sort of thing happen to them.”

On the fifth anniversary of the tumor diagnosis, Kalkman wrote a thank-you note to Lillehei, who had lost track of Schaben after he returned to Oklahoma for post-surgical treatments.

She recalled the painful discussion her son had about his future. He was adamant about not undergoing any extraordinary measures – surgical and post-operative – if there was likelihood that his quality of life would suffer.

‘Above and beyond for us’

“Dr. Lillehei was really good at explaining to him what was going to happen – the odds, the research,” she recalled. “He explained in detail so that we could follow along and understand. He had a really good bedside manner. … We were just very fortunate that we found the right guy with the right combination of skills and facility – and willingness to go above and beyond for us.”

Schaben, who has been in several bands – from jam band to psychedelic rock to a folk duo – likewise appreciates professionals who exude dedication to their craft. He is excited that the easing of COVID-19 restrictions means his band can soon return to performing.

“It looks like things are getting back to normal,” he said. “We were just discussing at the last practice that we should start trying to book a spot somewhere, get back into the hang of playing for people again.” 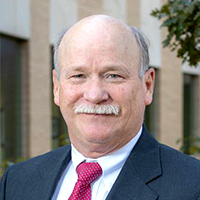