Home News For Trailblazing Doctor, History and Empowerment Go Hand in Hand back to News

In honor of Women’s History Month, CU Anschutz Today is highlighting women who shape medicine and inspire today’s young healthcare professionals. Helen Morris, MD, is a Colorado trailblazer who believes that the most significant societal and healthcare advances occur when “helping hands” from diverse backgrounds work together.

As a young girl in the 1940s, Helen Morris, MD, saw a world rocked by atrocities and on the brink of momentous change. Eighty years later, Morris, who was among a small group of women doctors in Colorado early in her career, sees history repeating itself.

True to her trailblazing nature, Morris is working to create positive change.

Morris was one of only five women in her class in 1956 when she graduated from the University of Colorado School of Medicine. The Denver native recently gave a gift to the CU Center for Bioethics and Humanities to fund its new American Jewish Experience in Medicine Program.

“We’re always on the lookout for additional opportunities to explore how history continues to affect modern thinking and how we look at modern dilemmas in ethics and society,” said Matthew Wynia, MD, MPH, professor of internal medicine and director of the Center for Bioethics and Humanities.

The new program follows the center’s Holocaust Genocide and Contemporary Bioethics Program. The early life of Morris, who is a descendant of Eastern European Jewish immigrants, was profoundly shaped by the Holocaust and its aftermath. “I thought we should also talk about some of the good things that have happened and some of the ways in which the Jewish community has contributed and are successes in our society,” she said.

Morris noted that when she went to medical school, there were unwritten quotas for underrepresented populations – and women – to gain admittance. For example, women were limited to five spots and Jews to 10 out of 100 available spots in the early 1950s, she said. Prejudice “was really a component … it is part of the legacy of medicine and part of what needs to be done in the way of correcting this legacy.”

Morris went on to a successful career as a physician, researcher and teacher in Denver. Specializing in endocrinology and clinical immunology, she performed research that helped patients at the Children’s Asthma Research Institute and Hospital, which later merged with National Jewish Hospital. A frequent speaker at national medical meetings, Morris also served on advisory panels for the National Institutes of Health and the Food and Drug Administration, the editorial board of the Journal of Allergy and Clinical Immunology and as an ad hoc reviewer for other journals.

Asked if she considers herself a pioneer among women in medicine in Colorado, Morris said, “I’m not at all sure that the competition isn’t just as tough, or maybe tougher now, for a woman to get into medical school as it was back when I was a student. But I was part of a legacy of prejudice, which we will talk about in one of our subsequent programs – the very rigid quota systems.”

Growing up in a family of modest means, Morris said, “the idea of going to medical school was almost beyond imagination.” Although not many young women went to college back then, much less medical school, Morris was always told by her mother that no matter the circumstance, a person could achieve any goal as long as she is willing to work hard.

She is alarmed by the rise of anti-Semitism across the globe. “I was exposed to a number

of people who were survivors of the Holocaust, but I never imagined that we would face

Wynia said Morris’s deference and humility are indicative – along with her other character traits – of a real-life trailblazer. People find inspiration in hearing about Morris’s life experiences and historical perspective, he said. “Young women, especially, will see the possibility of themselves living through momentous change, as she has lived through, and, more importantly, the potential for them to create some of that change,” he said.

Morris notes that the new program at the Center for Bioethics celebrates the outsized healthcare contributions made by the Jewish community – as well as achievements by others in our multicultural society. History has shown, she said, that the most significant societal and healthcare advances occur when “helping hands” from diverse backgrounds work together.

Morris is alarmed by the rise of anti-Semitism across the globe. “I was exposed to a number of people who were survivors of the Holocaust, but I never imagined that we would face similar kinds of issues 50 years, 70 years later.”

That’s why it’s important to celebrate the innovations, discoveries and healthcare developments of Jews and other groups who have long faced prejudice, Morris said.

“Some of these groups have just been worn down by the racism that they’ve experienced,” she said. “I think that’s worth talking about – that despite all, if you roll up your sleeves, you also can contribute.” 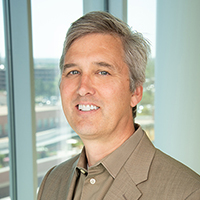