Home News From ‘COVID Fatigue’ to Holiday Gatherings: The People Want to Know back to News

With a significant upsurge in COVID-19 cases taking place across the country amid a society plagued by ‘COVID fatigue,’ organizers of a forum featuring four top experts opened "the floor" to the audience for questions.

Put the viewers in charge of a COVID-19 forum with the experts, and you never know what direction the line of questioning will take. That’s what organizers of a COVID-19 series did for their Oct. 26 webinar, and the query topics ranged from the experts’ dining habits to the risk of being crushed by a meteor.

Four local experts fielded the open-forum questions, which included the safety of eating out and the accuracy of a recent national health adviser’s comment that worrying about SARS-CoV-2 infection from touching services was like standing in the middle of a busy freeway and fretting about a meteor strike. The experts were: 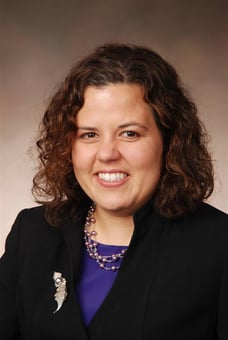 The ColoradoSPH, Denver Museum of Nature & Science, and Institute for Science & Policy co-sponsored the event, part of an ongoing collaborative COVID-19 series.

Barron, a top infectious-disease expert in the state, said she orders takeout frequently and feels it is safe. She has eaten out only twice since the pandemic took hold about seven months ago – both times outdoors and both times early in the summer, when case numbers were trending down. “I don’t know if I’d do it now,” she said.

Cases are on a “troubling” upsurge again, with Samet warning at the start of the forum that current models suggest hospitals will surpass their ICU bed capacity in Colorado without behavioral changes. Given the uptick, the cold weather and her own worries about mask use at restaurants (obviously, patrons remove them to eat and drink), Barron said she’ll likely stick with takeout for a while.

Organizers also conducted audience polls during the event. One asked the nearly 300 viewers to rate their stress levels on a scale from 1 to 10, with 10 being the highest.

On the results of the stress-level poll …

“I’m a little concerned that more than 40 percent were in that 6 or above category,” Epperson said, adding that it does reflect what experts are seeing globally. “In our clinical practices, we are seeing a high level of stress, particularly with front-line providers. They’re just mentally and physically exhausted.”

Isolation from friends and family and fears of contracting and transmitting SARS-CoV-2 are top stressors during this time, along with financial insecurity for many people, Epperson said. The fear of doing things wrong (like having too many people in their “bubble”) drives up anxiety levels. That is especially true now, with questions about the upcoming holidays, she said.

Did you know? Most of about 300 viewers surveyed on whether they would take a vaccine when one was deemed safe responded positively: 61% said yes; 28% said probably.

On Oct. 23, the state limited gatherings to no more than two households and 10 people. Some counties have issued stricter guidelines. 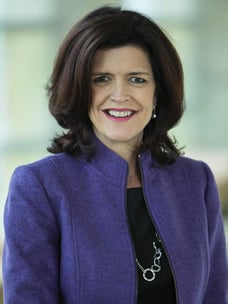 While experts acknowledged that society is suffering from “COVID fatigue,” they urged people to hang in there, especially with the rise in cases. “Mask wearing and social distancing is still critical. You just have to be very cautious right now,” Samet said. High-risk groups, such as older people, need to remain particularly vigilant, the dean said. “As we know, many young people can be asymptomatic but able to infect others.”

“I think casting it as an either-or is a false dichotomy,” said Bayham, whose research focuses include economic epidemiology. “It’s not like we can have the economy or health. Those things are inextricably linked.” But what studies are starting to show is that people aren’t going to engage in economic activity until they feel safe, he said. “So, it’s critical that we suppress the virus, that we make places safe,” he said.

“In terms of the policy response, one of the key questions that I’ve been focused on for months is how much of people’s response is due to policy or just their own voluntary behavioral response to risk. It’s a really hard question. There’s a lot of people working on it.”

On how to calm COVID-era insomnia …

“When you look at all the data, insomnia seems to be one of the biggest symptoms that people consistently complain of, particularly front-line clinicians,” Epperson said.

“If I start having those thoughts in the middle of the night, I tell myself: ‘This is crazy thinking. You know in the morning you won’t be thinking this catastrophic, negative thought.’ I also do a lot of deep breathing,” she said. However, if the worrisome night thoughts persist during the day and cannot be eased, seek professional help, Epperson said. 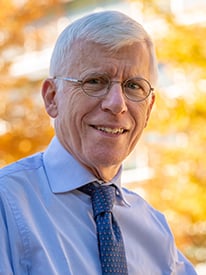 “What we’ve found is that it’s emerged as an incredibly useful tool, but it is part of a larger strategy,” Bayham said. “So, it can inform. It can give you a sense for what general trends are happening on a particular campus or in a particular residence hall. But then that needs to be paired with follow-up and targeted testing and isolation of those affected.”

On a quote from David Morens, MD, a senior advisor to Anthony Fauci, MD, director of the National Institute of Allergy and Infectious Diseases, aligning risk of surface transmission with being struck by a meteor …

Samet said the surface transmission question is not definitively answered. “But I think the evidence is pretty clear that airborne transmission by the smaller particles, the so-called aerosols, is probably what is most important. And I think particularly as we move indoors … all the hand hygiene practices that are recommended should be followed … but airborne transmission with these smaller aerosols, which can move across spaces, they can go more than six feet for sure, is probably going to be dominant for the months to come.”

On when will the pandemic end …

“I don’t know about a best estimate,” Samet said. “Our school is planning on being remote in the spring. I think if we had an effective vaccine and it were delivered to enough of us to reach herd immunity (about 70%), my optimistic scenario would be the fall (2021). It’s going to take a while. There’s much time and many steps from having a vaccine arrive to us getting back to normal.”

View the full version of this webinar and others in the COVID-19 series here.