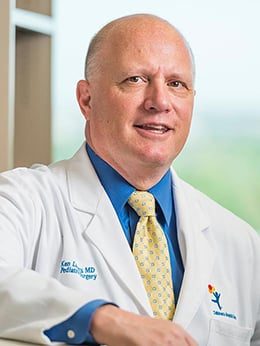 The Grubstake Fund, with multiple awards of about $350,000 each year, is meant to bridge the “valley of death” funding gap that separates a promising medical concept from production and a business model that will make a difference in human lives.

The Gates Center for Regenerative Medicine and the CU Innovations Office, its Grubstake Fund collaborator, report that through early 2019, the cumulative $3.5 million in Grubstake awards had already produced nearly $20 million of follow-on funding from partners seeking to help develop and commercialize the concepts.

The more-than “5X” return is remarkable in any financial setting. For the Gates Center, it is confirmation that the mission of collaboration and entrepreneurship in the name of medical advancement is now producing results.

“The Grubstake Fund program has been so game-changing as far as impact and getting research to patients,” said Kim Muller, executive director of CU Innovations. “We are looking at using that model for all therapeutic areas around campus. We almost feel we have an ethical obligation to do it.” 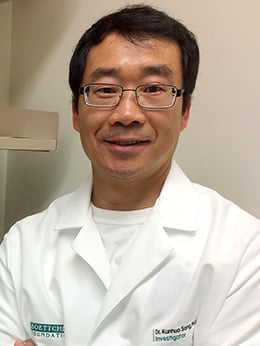 To date, there are 105 ongoing regenerative medicine projects on campus with potential to compete for Grubstake awards, of which 25 have reached the product development stage. As word spreads of the program’s opportunities for researchers, being selected for the handful of awards has become increasingly competitive.

The Grubstake Fund goes a significant way toward addressing a gap between academia and “the real world” that has existed since the founding of medical schools. Researchers are constantly trying to broaden the impact of their work to help more than an individual patient. Yet when they have a promising concept, their scientific training lacks the background in regulatory approvals and how to access the capital required to prove a concept’s commercial value.

Intersecting with the private sector

“They’ve never had to intersect with the private sector,” Muller explained. “There’s no education in medical school or at work that helps them prepare for that.”

Members of the public who read casually about venture capital (VC) in hotbeds like California’s Silicon Valley may assume there are financiers with suitcases full of ready cash hovering around all PhDs. But that kind of capital tends to move in when an idea is ready for mass commercialization, innovation experts said. Before that stage, scientists need money for lab assistants and regulatory help to show that something seen under a microscope has real promise as a treatment.

“When you are at the proof-of-concept translational stage, that’s where most VCs aren’t going to invest,” said the Gates Center’s Entrepreneur in Residence Heather Callahan, who also serves as portfolio manager at CU Innovations, bringing the expertise of an Executive MBA, a law degree and a PhD in biochemistry. “That’s why this was the perfect place in the trajectory of invention to start putting money.”

The money and the mentoring have moved a growing portfolio of projects toward initial clinical trials in the next two to three years. 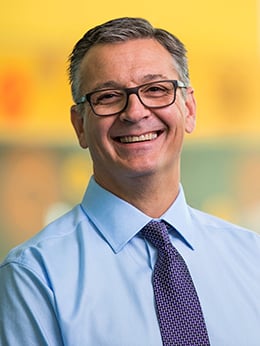 “The Gates Center has been phenomenally helpful in accelerating our work,” said Liechty, who received a previous Grubstake award in anti-inflammatory research. The Grubstake model and the Gates Biomanufacturing Facility address three keys to the drug commercialization process, he said: “It’s one thing to say, ‘Okay, we can manufacture things.’ Or another thing to say, ‘We have people who know the ins and outs.’ And another to say, ‘How do you pay for it?’ We’re a relatively new campus for that kind of idea, and this is what’s needed to really jumpstart this.”

Applications due at the end of August

“This is an important part of the mission of the university, to not only do good research but to make it of practical use to society,” he said.

Written applications for the 2020 round of Grubstake Awards are due at the end of August. Interested applicants are encouraged to reach out to the Gates Center’s Entrepreneur in Residence Heather Callahan for information.