Home News How Can the Body’s Immune Cells Cause Type 1 Diabetes? back to News

A CU Anschutz researcher answers questions on how one of the body’s immune cells – B cells – can activate and lead to autoimmune diseases, such as type 1 diabetes.

It started with a love of caring for dogs and other animals.

Mia Smith, DVM, PhD, became interested in her furry patients who would come to the veterinary office sick from autoimmune conditions, disorders that trigger the body’s immune system to attack itself.

“Dogs can get many autoimmune disorders that are similar to humans – diabetes, lupus, autoimmune thyroid disease,” said Smith, who wanted to better treat her canine patients.

Taking that interest, Smith pivoted her career to researching diabetes and B cells – a type of immune cell – in search of preventative therapies for autoimmune conditions in both humans and their four-legged friends. She is now an assistant professor at the University of Colorado School of Medicine, conducting her research at the Barbara Davis Center for Diabetes.

In the following Q&A, Smith outlines the current state of research on how B cells can lead to type 1 diabetes and how genetics plays a role in the condition.

What are B cells?

B cells are a type of immune cell that is present in your blood and circulates throughout your body. Their primary role is to help target foreign invaders – viruses, bacteria and other foreign cells – in the body for destruction to prevent illness.

On top of that, B cells have a couple different functions. One is making antibodies; another is activating other immune cells in the body, such as T cells.

Why do immune cells target the insulin producing cells in the pancreas in type 1 diabetes? Can you talk about B cell activation and “anergy”?

We believe one reason B cells in type 1 diabetes are recognizing the cells in the pancreas as foreign and becoming activated is an impairment of anergy.

Anergy is a term that we use to describe a self-reactive or auto-reactive B cell that is not activated and is not responding to stimulation. This is a good thing – we don't want your self-reactive B cells to be responding. Normally what happens is when a B cell and the body recognizes itself – the pancreas, thyroid gland, etc. – it should be removed or deleted so it doesn’t enter the peripheral blood (the blood circulating in the body).

Sometimes that process is not perfect. And even in healthy people, sometimes there's escape of these self-reactive B cells into the peripheral blood. The body’s way of keeping these cells in check is through anergy, which is a negative feedback loop telling any self-reactive B cells that have escaped into the peripheral blood to not respond to anything.

How long does it take for the body to go from a misfiring, activated B cell to showing symptoms of type 1 diabetes?

We know that B cells can make antibodies targeting the pancreas years before someone is even diagnosed.

We don't think the antibodies themselves are pathogenic, but they're good indicators that the autoimmune process has begun. Even with these indicators, it can take up to years for the insulin-producing cells to be destroyed enough to require exogenous (outside the body, injectable) insulin.

Do you see B cell activation at a specific age in your research?

Has your research shown so far that type 1 diabetes is genetic?

There's definitely a genetic risk factor component to development of type 1 diabetes. However, what we see here at the Barbara Davis Center, and colleagues have seen elsewhere, is that up to 75% of the people that are recently diagnosed with type 1 diabetes don't actually have a family history of type 1 diabetes.

At the same time, there are a number of different genes that have been associated with the development of type 1 diabetes. Some of those genes are important in B cells and B cell development. We believe that if you have a single mutation in some of these genes, it impairs the ability of these B cells to be properly turned off through anergy, which allows those cells to become activated and participate in disease.

In our research we have found that impairment of B cell anergy can occur in first-degree relatives who are not autoantibody positive or diagnosed with type 1 diabetes, demonstrating a likely genetic component to loss of B cell anergy.

What are you hoping is the next iteration of your research?

One of the goals we have at the Barbara Davis Center is to understand which B cell subset is particularly important in the development of type 1 diabetes and what their exact function is. We recently received a grant to study the transcriptome and repertoire of self-reactive B cells on a single-cell level in both recently diagnosed type 1 diabetes individuals and controls.

The goal is to take that information and hopefully develop more targeted therapies to specifically delete the B cell subsets responsible for initiation of disease for prevention or delay of development of type 1 diabetes. 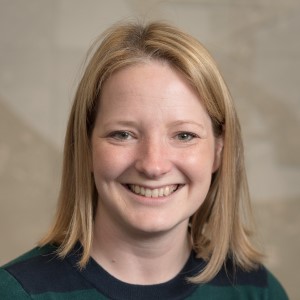