As scientists around the world scramble against the COVID-19 clock, searching for a vaccine that could stop the viral infection before it happens, a trio of experts on the University of Colorado Anschutz Medical Campus have taken a different tack: overpowering the new mutation after it invades the body.

By using old antiviral drugs that changed the course of HIV, the team hopes its end goal – an antiviral drug that turns the novel coronavirus on its head – can fill a void and make a difference faster.

“Vaccines are great, but they don’t really help people who are already infected with the virus, and particularly those most at risk of dying from the virus,” said Jed Lampe, PhD, an expert in drug metabolism in the CU Skaggs School of Pharmacy and Pharmaceutical Sciences. 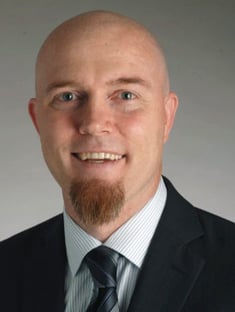 The time for an antiviral drug? Now

Unleashed in China in December and spreading across the world, COVID-19 has disrupted daily life and proved most deadly in the elderly and immuno-compromised, two populations that sometimes cannot receive or do not respond well to vaccinations.

Despite the shuttering of buildings and businesses across the state, including on the CU Anschutz Medical Campus, Lampe and his team have applied for permission to continue their work in the lab as the pandemic takes root in the United States.

“We really need new antiviral agents out there in the clinic that we can use to treat patients right away,” said Lampe, whose work with Philip Reigan, PhD, and Shaodong Dai, PhD, could pave the way to faster response time to new viral threats in the future. “And I think the key is being able to repurpose older antiviral drugs.”

Two of those drugs, ritonavir and lopinavir (star players in the battle against AIDS), are protease inhibitors that are no strangers to Lampe and his teammates: Reigan, an expert in medicinal chemistry; and Dai, who specializes in immunology structural biology.

“We’ve been studying them in my lab for years,” said Lampe, explaining that proteases are enzymes or proteins that viruses need to multiply. “They are kind of the Achilles’ heel of a virus,” Lampe said. “If you de-activate this one protein, it stops viral replication.”

The team hopes that by modifying the HIV-effective drugs, it can target COVID-19 more effectively, reducing illness and boosting chances of survival in people already afflicted. If all goes as well as the researchers predict, pre-clinical trials in animal models could happen in as little as six months to a year, Lampe said. 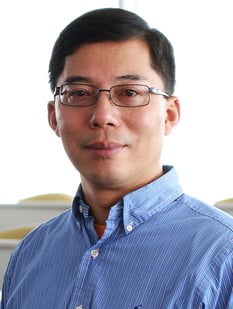 Building an arsenal against the enemy

“I know they’re fast-tracking the vaccine process right now,” Lampe said. “So we may get a vaccine for this virus sooner than we would otherwise. But typically, it takes about five to 10 years to get a safe and efficacious vaccine in the clinic.”

Antivirals, which have an important role to play in the COVID-19 battle, generally can be produced and tested faster, Lampe said. Both the preventative and the therapeutic drugs are critical, he said. “We need a two-pronged approach here.”

The researchers are optimistic about their chances of success for numerous reasons, including the speed at which science surrounding COVID-19 has already progressed.

“Once the sequence was published of the virus in late January by Chinese scientists, we searched that sequence to find the viral protease specific for COVID-19, and we cloned that gene,” Lampe said. “Now we will start making large amounts of protease in the lab so we can screen drugs for it.”

Using computational screening with a library of known drugs, including ritonavir and lopinavir, the researchers will study how the drugs bind and fit on the COVID-19 protease. Lampe likened the work ahead to reshaping a piece of a jigsaw puzzle. “If you get a puzzle piece that’s from a different puzzle (HIV), it’s not going to fit into your puzzle (COVID-19).”

Lampe believes the team’s proprietary strategy gives it an advantage over the scores of other scientists worldwide scrambling to find weapons against the novel coronavirus. Also, working on a premier research campus with the top minds in their fields gives the scientists an edge, he said. 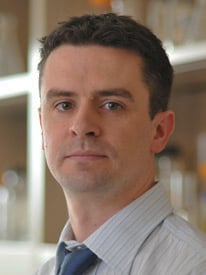 “We all bring this different expertise to this project, and working together, we can really leverage our expertise and generate results much faster than any one of us could do alone.”

Using drugs that have already been through the FDA-approval process and shown safety and efficacy in the clinic with other viruses also helps hasten their work, Lampe said.

“So I think, if we’re successful here, others can use this strategy, this template, to quickly identify and repurpose drugs to target individual proteases of all sorts of emerging viruses so we can really get out in front of these epidemics before they have a chance to spread.”

Given the importance of the work, the team has outside scientists ready to collaborate on the project and is confident in its ability to find corporate partners and funding.

“Not only could it save lives from COVID-19, but it could make the system much more responsive next time – because there will be a next time,” Lampe said. “Hopefully, it won’t be like this.”