Intense light can protect against lung damage in mice with implications for treating human disease. It's also effective against cardiovascular disease.

Intense light activates proteins shown to protect against lung damage in mice, a discovery that could have major therapeutic implications for treating acute lung injury in humans, according to a new study from researchers at the University of Colorado Anschutz Medical Campus.

“Acute lung injury has a mortality rate of 40%,” said the study’s lead author Tobias Eckle, M.D., professor of anesthesiology at the University of Colorado School of Medicine. “No specific therapy exists, and novel treatment options are needed.”

The study was published this week in the American Journal of Physiology’s Lung Cellular and Molecular Physiology.

Eckle’s team, which previously demonstrated that light can protect against cardiovascular disease, housed mice under intense rather than ambient light for seven days. This prompted a strong increase in the trough and peak levels of the pulmonary circadian rhythm protein - Period 2 or PER2.

The study also showed that intense light therapy reduced lung inflammation or improved the function of the alveolar barrier – the blood-air barrier - in lung infections. Researchers saw the same reaction when using the flavonoid, nobiletin, found in orange peel, which also enhances the amplitude of PER2.

At the same time, the researchers found that intense light stimulated production of the BPIFB1 protein, known to be anti-bacterial and secreted within the mucus membranes of the large airways. They believe this also likely plays a role in protecting the lungs.

Discovering that intense light can protect against lung damage, Eckle said, is important due to the lack of therapies currently available to treat the condition.

“If you develop lung injury there is essentially no good therapy left,” he said. “Our study has shown that intense light elicited lung-protective mechanisms could lead to new therapies even after the onset of acute lung injury in the future.” 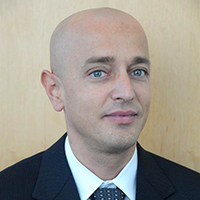