Home News Is there a penalty for weight loss? back to News

Losing weight is difficult for most people, and keeping it off is invariably a struggle. Some studies have suggested that a greater than expected reduction in resting metabolic rate — the amount of calories your body burns at rest — may be one factor that contributes to weight regain after weight loss.

Researchers at the University of Colorado Anschutz Health and Wellness Center (AHWC) recently conducted a study that suggests that resting metabolism is not lower than expected in a group of successful weight loss maintainers. These results differ from a 2016 study which focused on a small group of subjects from “The Biggest Loser” televised weight loss competition. That study, conducted by a federal research center, followed 16 men and women with class III obesity who lost an average 120 pounds in just a few months— and found they all put most of the weight back on over a period of years.

Resting metabolic rate is determined by the calories used by muscle, organs such as the liver and kidney, and to a lesser extent by body fat. The amount of calories the body burns at rest is known to decrease after weight loss as body size decreases, and this is one reason why it is so hard to maintain weight loss. “To keep the scale from titling back to your original body weight, you will need to eat fewer calories or burn more calories in exercise to stay in energy balance at your new body size,” says Victoria A. Catenacci, MD, a weight management physician and researcher at CU.

A question that generates some controversy, Catenacci said, is whether there is an additional “metabolic penalty” that occurs with weight loss — a decrease in resting metabolism beyond what is predicted from changes in body composition. 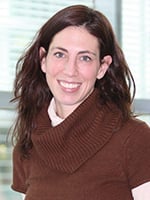 Victoria A. Catenacci, MD, a weight management physician and researcher

“The Biggest Loser” study suggested that six years after the weight loss competition ended, the contestants suffered an additional metabolic penalty due to their weight loss. Their resting metabolism had slowed to the point that their bodies were burning 500 calories a day less on average than the researchers predicted they should be based on their new body size.

CU researchers noted that the resting metabolism suppression of 500 calories a day had not been seen previously in weight-loss study literature; previous estimates of the metabolic penalty due to weight loss typically suggested resting metabolic rate was at most 40-150 calories below predicted values.

“News articles that came out after ‘The Biggest Loser’ study basically said, ‘Weight loss is a futile effort, so why bother?’” said Danielle Ostendorf, MS, ACSM-CEP, PhD, a postdoctoral fellow in the School of Medicine’s Department of Medicine at AHWC, and a recent graduate from the Colorado School of Public Health. Ostendorf was the lead author of the study recently published in The American Journal of Clinical Nutrition. “That’s problematic, because even some weight loss can result in significant health benefits.”

The CU study addresses the question of whether resting metabolic rate is lower than predicted in a group of individuals who are maintaining a weight loss. The CU researchers reached a different conclusion: “Results from our study suggest that sustained weight loss may not always result in a substantial, disproportionately low REE that inexorably predisposes individuals to regain weight,” Catenacci said. 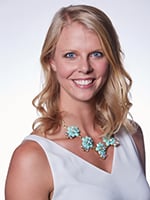 Danielle Ostendorf, MS, ACSM-CEP, PhD, a postdoctoral fellow in the Department of Medicine at the CU Anschutz Health and Wellness Center

The CU team acknowledges that “The Biggest Loser” research used a stronger study design of longitudinal data collection (following each individual over time) compared to the cross-sectional design of its study. In addition, the CU study only looked at people who had been successful in weight loss maintenance. However, they noted that “The Biggest Loser” analysis was a small study of a group of individuals who exhibited extreme obesity. “These were people who lost a lot of weight over a very short period of time, so it may not represent what people experience when losing weight with more conventional lifestyle weight loss strategies,” Catenacci said. “To take that data and extrapolate it into this message that weight loss is futile — when that’s not the way the majority of people lose weight — just seemed concerning.”

The CU team plans to delve deeper into this issue using data collected in an ongoing weight loss study in which participants are randomized to a lifestyle weight loss program involving either daily calorie restriction or intermittent fasting.  It has a cohort in the weight-loss program which is currently at the six-month mark; a second cohort is being assembled to start the program in January (see sidebar).

There is strong data to suggest that humans are biologically predisposed to regaining lost weight. Factors other than changes in resting metabolism, such as increases in appetite and decreases in the amount of calories the body burns during exercise, may also play a role. So essentially, Catenacci said, losing weight and keeping it off is not as simple as just willpower.

“These studies don’t solve the issue by any means,” she added. “They are pieces in the puzzle. More data is needed before we draw any sweeping conclusions about the presence or absence of a metabolic penalty.”