Some people just like finishing first. For Allison Boyrer, a University of Colorado Anschutz Medical Campus faculty member in the College of Nursing (CON), that means everything from a Master of Science program to a stint on the “Wheel of Fortune.”

Launched in 2015 by CON Professor Mona Pearl Treyball, PhD, RN, FAAN, the Veteran and Military Health Care (VMHC) program covers a breadth of unique needs in the veteran community, whether it’s dealing with the traumas of war, enduring deployment of family members, or quieting suicidal thoughts.

“I have family and friends who are military members and first-responders,” said Boyrer, CON coordinator of strategic partnerships. “Seeing the physical and psychological issues that they were experiencing made me realize I needed to understand it better. 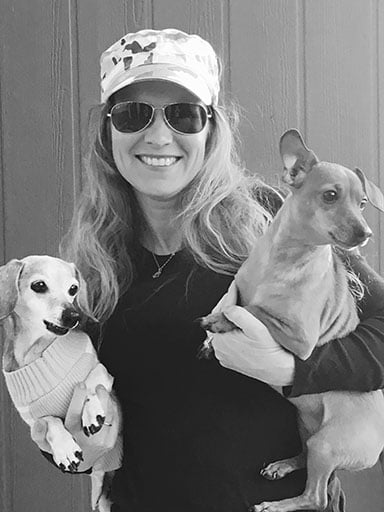 That understanding came easier with Pearl Treyball at the helm, Boyrer said. The retired U.S. Air Force colonel worked from the ground up during a 22-year-military career, living the dynamics of military life that she now teaches.

While in the Armed Forces, Pearl Treyball did everything from caring for wounded warriors as a flight nurse, to serving as a unit commander, to working with top military officials at the Pentagon. Also in the military, her now ex-husband served often on the frontline in Special Forces.

“He had a lot of PTSD (post-traumatic stress disorder), and it eventually broke up the family,” said Pearl Treyball. “I know firsthand the impact on family and the traumas of war. So I made it my next mission to try to create leaders for a better system.”

Students learn the culture, dynamics and consequences of military and veteran life, with classes on everything from mental health first aid to women in the military. “There are so many issues that women have to deal with that you would never think about,” Boyrer said, using breastfeeding or finding a restroom during combat in the male-centric military environment as examples.

The curriculum also focuses largely on veteran and military health care delivery and ways of improving the systems, another area Pearl Treyball brings experience to both as provider and patient.  A three-time cancer survivor, she has been a patient in military and VA settings.

A program with impact

Boyrer, a wife and mother of two, said Pearl Treyball’s design of the online program also made it more doable and impactful. By using both synchronous and asynchronous models, students can work at their own pace, but also have face-to-face time with online discussions, Boyrer said. 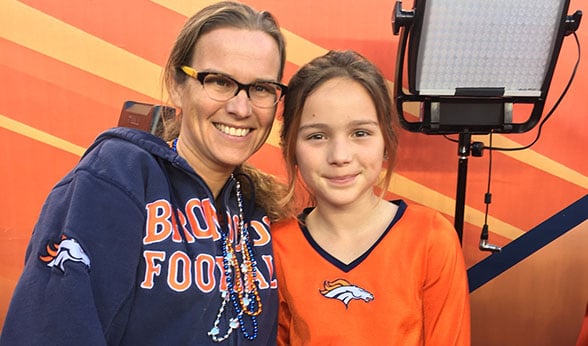 “You get to meet your cohort of fellow students, and you kind of go through the program with them, even though we’re from all over the country,” she said, adding that she could not have taken the program with her full schedule if it were not online.

VMHC also emphasizes personalized assignments, making it more useful for students, Boyrer said.  “My topics were relevant to my area of interest and practice, which is community engagement and homeless veterans, whereas somebody else might focus more on traumatic brain injury,” she said.

“And the assignments are something you can actually take with you when you’re done to make a difference in veteran care,” said Boyrer, who was recently accepted into the Leadership for Educational Equity Program (EdD) at CU Denver.

CU in the community

For instance, during her clinical training, Boyrer worked with the nonprofit Soldiers Angels in creating a project aimed at feeding, educating and joining together the veteran community. Once a month, Boyrer organized a dinner at Valor Point, a VAMC-Denver domiciliary.

“She did an outstanding job enlisting different resources from the community,” Pearl Treyball said, adding that Boyrer would also recruit volunteer educators, such as nutritionists, for the dinner event. “It’s something that is going to be longstanding in the community. And she made it educational and fun for veterans.”

Meals were provided by veteran-friendly or veteran-owned restaurants or from famous area chefs and were often therapeutic. “If you can get the military members together, and they can talk about similar experiences, then a lot of them open up more,” Boyrer said.

Bringing it all together

Veteran-focused programs are rife in the Denver area and on the CU Anschutz and CU Denver campuses, recently named top university campuses for veterans, Boyrer said. “But I don’t think people know all of what’s available out there,” said Boyrer, whose sister is director of Canines Providing Assistance to Wounded Warriors (C-P.A.W.W.), a CON Health Research Initiative for Veterans.

So for another assignment, Boyrer created a resource guide highlighting everything from fundraising events for veterans to alternative care for military and ex-military, such as canine, equine and yoga therapies.

Now the team of a newly organized Veteran and Military Health Area of Excellence on the CU Anschutz campus, which includes CON’s Lori Trego, PhD, CNM, retired Army colonel, plans to expand Boyrer’s guide and use it as a springboard in becoming a premier resource, Pearl Treyball said.

Boyrer will also transfer some of her new military knowledge to her job, which is largely focused on increasing nursing presence on the CU South Campus. “We’ve created the first CU mini-nursing program, set to launch in March, with one course focusing solely on military health care.”

[perfectpullquote align="full" bordertop="false" cite="" link="" color="" class="" size=""] 'It can help anyone gain more of an appreciation of our servicemen and women so that we can all join together in improving their well-being. And the experience Mona brings to the textbook is just priceless.' -Allison Boyrer   [/perfectpullquote]

Allison Boyrer crushed her competition during a holiday "Wheel of Fortune" episode in 2015, during which she gave a "shout out" to her then-new employer, the University of Colorado Anschutz Medical Campus.

Advocating for CU and veterans

Boyrer, a Florida transplant who quickly grew to love Colorado and CU, spends free time skiing and hiking with family (which includes two dogs), volunteering in her kids’ classrooms, and (at least one time) playing “Wheel of Fortune.”

“I auditioned when I first moved here for my job,” said Boyrer, who ultimately found herself standing next to Pat Sajak at the prize wheel. “I gave a big shout out to CU and the College of Nursing,” said Boyrer, a self-described dedicated CU advocate, who now has more fodder for her promotional pitches as the VMHC’s first master’s graduate. “It’s neat. I kind of helped pave the way.”

The curriculum is up-to-date, powerful and informative, Boyrer said."It can help anyone gain more of an appreciation of our servicemen and women so that we can all join together in improving their well-being. And the experience Mona brings to the textbook is just priceless."