A new immunodeficiency disease caused by a novel genetic mutation has been identified by researchers at the University of Colorado Anschutz Medical Campus providing unique insights into cell biology.

The findings were published last week in The Journal of Experimental Medicine. 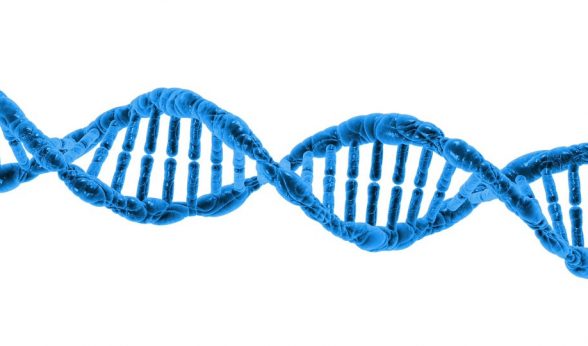 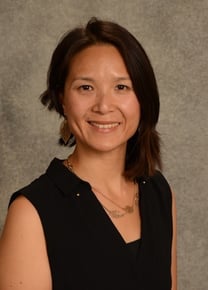 Elena Hsieh, MD, assistant professor of pediatrics and microbiology, immunology at the CU School of Medicine and CHCO.

The researchers made the discovery while investigating why an infant was suffering from inflammatory bowel disease along with other conditions including eczema, food allergies, lung disease, and persistent CMV (cytomegalovirus) infection.

“Other than a specialized elemental formula, he was unable to eat any food and his gut inflammation persisted despite numerous therapies,” said the study’s co-author Cullen Dutmer, MD, an assistant professor of pediatrics specializing in allergy and immunology at the University of Colorado School of Medicine and Children’s Hospital Colorado (CHCO).

The young boy’s sister suffered from similar problems, and their collective symptoms were consistent with an immune dysregulation syndrome.  Patients suffering from these syndromes have poorly functioning immune systems which can result in serious, recurrent, or unusual infections, as well as autoimmune/inflammatory complications affecting the gastrointestinal tract, skin, lungs, and circulating blood cells.  This defective (or dysregulated) immune system may also lead to increased risk for cancer. 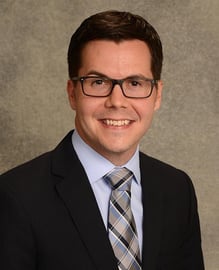 Cullen Dutmer, MD, assistant professor of pediatrics specializing in allergy and immunology at the CU School of Medicine and CHCO.

The researchers found that the siblings had the first known human defect in a gene called IL2RB (encoding interleukin-2 receptor beta, IL-2Rb), resulting in decreased numbers of immune cells called regulatory T cells which prevent autoimmunity. At the same time, the children had an accumulation of ‘natural killer’ cells which, if functioning normally, help protect against viral infections and cancer.

“But the mutation meant the natural killer cells were incapable of maturing properly and could not clear CMV, resulting in a persistent and debilitating infection,” said study co-author Elena Hsieh, MD, assistant professor of pediatrics and microbiology, immunology at the CU School of Medicine and CHCO.

“We tracked this disease down to a single gene and that is a fairly rare event,” Hsieh said. “Prior to our findings, there had been no documented cases of a mutation in this particular gene leading to human disease.” 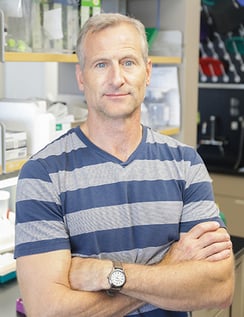 Ross Kedl, PhD, professor of immunology and microbiology at the CU School of Medicine

Dutmer said it’s likely that others suffer from this condition but it has never been identified.

“Although clearly a rare disease, it has likely been missed in other children,” he said. “Now that it is out there, we know to look for it.”

“The discovery also means that the defect could be addressed through gene therapy,” Kedl said. “We could feasibly go in, manipulate the gene, and get it back in the right sequence.”

A recent study showcased the use of gene therapy to treat severe combined immune deficiency or SCID caused by mutations in the gene IL2RG (Mamcarz et al., New England Journal of Medicine 2019).

“Identifying the underlying genetic causes of immunodeficiency diseases and other disorders can reveal targets for promising personalized treatment strategies like gene therapy,” Dutmer and Hsieh said. “That would allow for therapeutic interventions that are uniquely tailored to meet the needs of the individual.”

Kedl noted that this discovery illustrates the ‘bench-to-bedside’ research capacities on the CU Anschutz Medical Campus and in its graduate training programs.

One of the first authors of the study, Isabel Fernandez, is an MD/PhD student the CU School of Medicine, pursuing a PhD in Immunology in the Kedl lab. Her co-first author is Ryan Baxter, MS, who is a research assistant in the Hsieh lab.