A neurosurgeon and spine specialist on campus offers a minimally-invasive procedure for a specific group of back-pain sufferers unable to find relief with other options.

One in six people who suffer from low back pain may find relief with a new, minimally invasive procedure, offered exclusively by Peter Lennarson, MD, at UCHealth Spine Center on the University of Colorado Anschutz Medical Campus.

Chronic low back pain impacts an estimated 30 million Americans and is a leading cause of workplace disability worldwide. Treatment options range from rest and anti-inflammatories to invasive surgery with long recovery times.

“Low back pain is a huge public health issue,” said Lennarson, visiting associate professor of neurosurgery at the University of Colorado School of Medicine. “If you've known anyone that's suffered from it, you know it's challenging to live with significant back pain.”

A diagnosis of exclusion

There are many causes of back pain.

“There is no one test that can say, ‘You have this kind of back pain,’ and it’s often a difficult process,” said Lennarson. “By the time a patient gets to me, they’ve been through the standard therapies, and nothing has worked.”

Even with an X-ray or MRI scan, the cause of pain may not be evident.

“We may rule out causes, such as fracture, significant nerve compression and cancers. So when a patient doesn’t have signs of nerve compression or nerve damage, it’s unlikely that we would offer them anything other than a spinal fusion procedure, which in some cases is very successful, if the pain originates from the disc.”

Even with a successful spinal fusion, pain can still be present, as the origin may come from the surrounding joints, muscles, ligaments and vertebrae.

“Unfortunately, it’s not an exact science,” Lennarson said. “The hardest part about treating back pain is the diagnosis.”

To confirm vertebrogenic pain, an MRI is used to look for specific changes that occur with endplate inflammation.

Intracept procedure for low back pain

Treatment for chronic vertebrogenic pain is available through a procedure known as Intracept, which received Food and Drug Administration (FDA) approval in 2016. It uses targeted radiofrequency energy to stop the basivertebral nerve – the nerve extending to both vertebrogenic endplates – from carrying pain signals to the brain.

Patients can be considered for Intracept when they have had pain for more than six months and have tried other therapies, including up to three months of physical therapy. Once other causes of pain have been excluded and the MRI confirms Modic changes (i.e., inflammation in the endplates of the disc), a patient qualifies for the Intracept procedure.

The procedure takes about an hour in an operating room. Patients are placed under anesthesia and go home the same day. The surgeon ablates the basivertebral nerve, burning the branches of the nerve that extend to the endplates (see diagrams at top of page).

Great results for the right patient

“Intercept is an outpatient procedure with very little downside,” Lennarson said. “Nothing is zero risk, but the risk is quite small with probably less than 1% risk of significant problems associated with the procedure,” he said. “In the right patient, it can be very successful in terms of alleviating back pain.”

When looking at two randomized control trials of patients five years post-procedure, nearly 80% of patients say they are satisfied with the procedure.

“While it’s unlikely that someone with 10 out of 10 back pain goes to zero out of 10, the data support a 50-65% decrease in pain maintained over five years, a substantial increase in function and a decreased use in pain medicine,” he said. “So it’s quite favorable for a pretty minor procedure. And unlike other ablation therapies, so far this seems to be durable – at least out to five years.”

Another positive of the Intracept procedure is that it doesn’t preclude the use of more invasive surgeries in the future.

“I think Intracept may gain acceptance as something to try first before you consider other more invasive treatments,” Lennarson said.

Barriers to widespread Intracept use

Lennarson has performed the procedure close to 10 times since he was certified in 2020. The procedure was put on hold during the pandemic, when nonessential surgeries were halted. He’s recommended the procedure to many more patients but has faced the obstacle of insurance approval.

Up until January 2022, the procedure didn’t have its own CPT code. CPT, or Current Procedural Terminology, is the code that allows for billing. Although the procedure had received FDA approval, it was billed as an “unlisted” code which led to denial by insurance companies.

Even with the code, insurance will not automatically cover the procedure.

“They still deny it,” said Lennarson. “However, they can no longer say it’s experimental in the sense that it has been approved (by the FDA), so that’s the beginning of more widespread acceptance.”

So far, Lennarson has only had one case receive approval on the first try, but he continues to work through the insurance process on behalf of his patients. Lennarson said he’s heard from patients that the Intracept procedure is “much less” expensive than alternative surgeries, which could make it more likely for payers to cover the procedure in the future.

For his patients who have received the procedure, Lennarson can attest that they’ve experienced significant pain relief.

One patient had been dismissed from military service due to pain in her lower back. According to Lennarson, she woke up in the recovery room and her pain was gone. In his questioning of other providers and in his limited experience, about half of patients seem to get immediate relief and with many others finding relief in the months to come.

“Right now, the alternative treatments are much bigger procedures with much higher risks, potential limitations and side effects,” he said. “I'm a little skeptical when things are new, but I'm excited about the impact this procedure may have for a certain subset of my patients.” 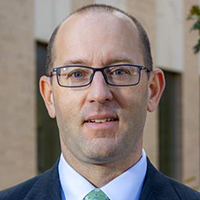