Terry Fry, MD, a renowned expert and pioneer in CAR T-cell therapy, will lead a new venture for the CU Anschutz Medical Campus and the region.

Fueled by a major investment by the Gates Frontiers Fund, a newly announced Gates Institute on the University of Colorado Anschutz Medical Campus will stand ready to transform the frontier of regenerative medicine and cellular and gene therapies in the Rocky Mountain region.

As with every new Western adventure, success lies deeply in a strong leader able to wrangle the best players and keep the wagon train moving in the right direction.

“This is Terry Fry,” said Diane Gates Wallach, co-trustee of the Gates Frontiers Fund with her brother, John Gates. “He is so perfect for this position. He’s a team leader and a team player who has walked all sides of this field,” said Wallach, whose investment – in partnership with CU Anschutz – is expected to grow to $200 million over the next five years.

Terry Fry, MD, will direct the new institute, aimed at moving discoveries efficiently from the lab to the clinic – his area of focus since leading first-in-human clinical trials for the National Institutes of Health.

A pediatric oncologist, renowned expert and pioneer in CAR (chimeric antigen receptor) T-cell therapy, and head of T Cell Therapeutics at Sana Biotechnology, Fry brings a rich background to the position. A clinical professor in the University of Colorado School of Medicine whose work at NIH was highlighted in a Discovery Channel documentary called “First in Human,” Fry joined the campus from the NIH in 2018.

CU Anschutz Today recently talked with Fry. The interview has been edited for length and clarity.

What do you find most exciting about this announcement?

We are at a point where it’s pretty clear that cell and gene therapies are going to ultimately change the face of medicine. I think it’s going to take time, but there’s been tremendous progress. The technologies will require close partnerships between academic institutions and biotechnology companies. This is the type of investment that has the potential to put CU Anschutz on the map in this space – and, actually, I would say, the University of Colorado more broadly. This is really about leveraging the scientific excellence in the region to develop medicines that will benefit patients.

What makes the institute status so important?

It’s really a heavy lift taking something that is more than a scientific idea, something that’s really promising in pre-clinical trials, and turning that into a medicine – something that goes into humans. That’s where something like the institute really becomes important. The goal is to build out the infrastructure within the institute to be able to facilitate translation of those ideas that are coming from scientists across the region and get them into patients on the CU Anschutz Medical Campus.

Why make this transformation now?

It has to be now, because, as I said, the field is positioned to lead a transformation in medicine. And the reason this is possible at CU Anschutz is because many of the elements that are necessary to put this together are already on the campus. We have the excellence in science. We have strong hospital partners and clinical programs. The Charles C. Gates Biomanufacturing Facility is already manufacturing cells that are going into patients with cancer. So we’re not starting from scratch. What we’re really doing is connecting all of these strengths to launch an institute that is going to be amongst the leading programs in the world.

Can you share a little about yourself? What led you into the field of pediatric oncology?

I was looking for an area of medicine where I could connect patient care and science. And I always had the goal of working with children. Pediatric oncology was the place where that science and medicine connection was quite strong. Obviously, the other element of it was a huge unmet need. We have a had lot of successes within the area of pediatric oncology, but in my view, until we cure 100 percent of our patients, we’re not done.

How did you end up focused on CAR T-cell therapy?

I was interested in using the immune system to fight cancer. The history of that approach goes back over a hundred years. In many ways, I feel like my opportunity in CAR T cells was serendipitous and a bit of a privilege. I was fortunate to be in the field at a time when a lot of work done by a lot of other people sort of came together.

The other element of it is that the enthusiasm for cell and gene therapy more broadly really has been enabled by the success of CAR T cells. CAR T-cell therapy has been just remarkable. It really has substantially changed the landscape of therapeutic options for kids with leukemia. And it was subsequently followed by approval for CAR T-cell therapy in adult cancers.

In the “First in Human” documentary, you said something to the effect that you have both the best job and one of the toughest jobs as a pediatric oncology research scientist. How have you remained dedicated through all of the hard times, particularly when your young patients did not see success?

There’s a really important component of humility. When you go into these early phase clinical trials, if it’s your therapy that you are passionate about, you are taking it into the clinic because you really think it has the potential to help patients. But, if we’re honest with ourselves, when we go into that first clinical experience, we really don’t know what’s going to happen.

The bravest person in all of this is the patient who chooses to be among the first patients that are enrolled in a trial of a novel therapy. If I’m doing my job, I’m talking to those patients and families about what I know and don’t know and that I’m not sure if it’s going to help. So this is a partnership between a physician and a patient. In honesty, in many ways, that partnership is why I do it.

There are times where that partnership absolutely results in heartbreak. And there have been times where I’ve been very lucky, where there’s a lot of success with patients who had no other options. That is unbelievably powerful and what keeps me going. But it’s as much, in kind of a strange way, the experiences that don’t go well that drive you to do better.

Back to the newly announced institute: How do you envision it 10 years from now, and is there anything else you would like to add about this venture ahead?

I would envision that when people think about which academic institutions are at the forefront of transformative therapies for patients in this cell and gene therapy space, that CU Anschutz is considered amongst the leading institutions. I’m delighted to have this opportunity that has been enabled by a number of people who have believed in this vision for CU Anschutz since before I arrived on campus. None of this would have been possible without campus and hospital leadership and, obviously, the Gates family support. 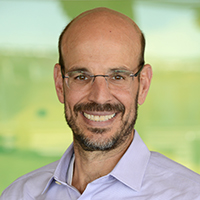