Armed with early studies suggesting that what we do today greatly influences how well our brains function tomorrow, top Alzheimer’s disease researchers at CU and beyond are doing an about-face in the laboratories and doctors’ offices. Focusing on when and how dementias begin, they say, could dramatically curb the rising toll they are taking on the country. Of note: Sept. 21 is World Alzheimer's Day.


Could getting a flu shot every year as an older adult or taking piano lessons as a young child help curb the upward trajectory of Alzheimer’s disease as the nation ages? It’s possible, studies suggest. That evidence and more has spurred a shift in thinking, with experts looking backward in hopes of moving dementia care forward.

If nothing changes, the 5 million Americans living with Alzheimer’s disease today will nearly triple by 2050, pushing this year’s $305 billion price tag for the country to more than $1 trillion, according to the Alzheimer’s Association. And that costly toll is nothing compared to the devastation the deadly mind-robbing disease has on its patients and families, the experts say.

“This is a huge problem, and it will affect all of us in one way or another,” said Samantha Holden, MD, medical director of the University of Colorado School of Medicine Neurobehavior and Memory Disorders Clinic on the CU Anschutz Medical Campus. “We are attempting to push the needle back. We want to catch people as early as possible, even if they are just noticing subtle things, and their testing is completely normal.”

The CU center, directed by renowned Alzheimer’s researcher Huntington Potter, MD, partnered with the Alzheimer’s Association of Colorado in hosting the virtual event. The CU center hopes to add a Healthy Brain Aging Clinic to the program by late 2021.

“The center is working hard to support the healthy brain aging of all Coloradans,” said Crow, who represents the 6th Congressional District, which encompasses the medical campus. “It’s also a leader in the global effort to discover preventions, treatments and, ultimately, a cure for this devasting disease.”

‘Most critical time for prevention’

Bettcher, whose work focuses on healthy aging and understanding what happens in the brain and body before the onset of Alzheimer’s disease, cited an updated report by the Lancet Commission presented at July’s Alzheimer's Association International Conference.

“What they found was if you modify a series of risk factors earlier in life, you could prevent or delay up to 40% of dementias,” Bettcher said (see sidebox). This year, 28 top international dementia experts added three risk factors to an existing 2017 list. Those included excessive alcohol intake, head injury in mid-life and air pollution in later life.

Two studies of older adults also presented at the conference found that people who received either a flu or pneumonia vaccination were less likely to develop Alzheimer’s disease. The risk dropped even more for people who received the flu vaccine regularly.

“We should probably be viewing Alzheimer’s disease and other dementias through this lifespan perspective,” Bettcher said. Researchers need to focus not just on subjects with symptoms, but also on people who are doing well, she said. “If we don’t, we’re missing out.”

The term dementia encompasses a range of brain diseases resulting in life-altering cognitive decline. Alzheimer’s disease accounts for 60% to 80% of all dementias. A progressive disorder, Alzheimer’s ranks in the top-five killers of older adults.

Two hallmarks of Alzheimer’s are beta-amyloid protein fragments outside neurons (brain cells) and an abnormal form of the protein tau (called tau tangles) inside neurons. A blood test in development that can detect tau protein is showing promise but “not quite ready for prime time,” Bettcher said.

These changes in the brain can occur 10 to 20 years before initial symptoms of confusion and memory loss begin. “This is a really long period of time,” Bettcher said. “We are learning that this timeframe might be the most critical time for prevention.”

For some people, the modifiable risk factors might seem easily doable. But for others, they are not, raising racial and social bias issues, Bettcher said.

For instance, a large study found that the more early-life enrichment activities – from preschool to music lessons – the fewer Alzheimer’s disease-related markers there were in the brain and less cognitive decline later in life. Fewer markers were also associated with higher education levels. 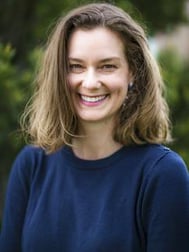 Modifiable risk factors also include diet and sleep and environmental and clinical factors, such as diabetes, cholesterol and blood-pressure maintenance. All raise healthcare access issues.

A recent study of adults in their 50s and 60s found that for each vascular risk factor the subjects had, the greater the risk of amyloids in the brain 20 or 30 years later, Bettcher said. “So, it’s a dose effect.”

Alzheimer’s disease strikes Black and Hispanic populations at higher rates, as do some contributing clinical factors, such as diabetes and vascular issues, Holden said. Women are also affected more than men, for reasons not yet understood, she said.

Progress lies in viewing dementia as a public health issue, making screening a part of regular wellness checkups and partnering with community and colleagues, from primary to palliative care providers, Holden said.

“We need to widen the net and not just focus on the people who have the means and the ability to get to the University of Colorado.” That includes reaching out to communities, including rural areas, educating patients and opening doors to care through telehealth and other programs, Holden said.

“We can improve quality of life for people living with these conditions,” Holden said. “The earlier we intervene, the better the chance of success. This is a very promising way forward for dementia care.”