An international team of scientists is advancing research in Parkinson's disease. Today, the team released a new study outlining research that could potentially change the future of treating patients.

Currently, there are no disease-modifying therapies for Parkinson’s disease that can change the progression of the disease. An international team of scientists led by faculty at the University of Colorado Anschutz Medical Campus is hoping to change that.

Today, the team published new research in the journal Brain that takes scientists one step closer to understanding α-synuclein (αSyn), a key protein that they found links inflammation and Parkinson’s disease.

The protein αSyn is predominantly expressed in neurons and is associated with neurodegenerative diseases, such as Parkinson’s disease and dementia with Lewy bodies. This new study identifies the novel mechanism that links interferon activation and αSyn function in neurons as a potential trigger for developing Parkinson’s disease.

“It’s critical to understand further the triggers that contribute to the development of Parkinson’s disease and how inflammation may interact with proteins found in the disease. With this information, we could potentially provide new approaches for treatments by altering or interfering with these inflammatory pathways that may act as a trigger for the disease,” said David Beckham, MD, associate professor in the department of infectious disease at the University of Colorado School of Medicine – located at the CU Anschutz Medical Campus.

To investigate the mechanism of αSyn-induced immune responses to viral infections in the brain, the researchers challenged αSyn knock-out (KO) mice and human αSyn KO dopaminergic neurons with RNA virus infection. They discovered that αSyn is required for neuronal expression of interferon-stimulated genes (ISGs). They then found that following any stimulus that triggers interferon signals, a type of immune response, αSyn interacts with signaling proteins in neurons to trigger expression of ISGs.

This work provides the first clear mechanism that links inflammation and aSyn, a protein that is closely associated with the development of Parkinson’s disease.

The authors mention that this data confirms that αSyn responds to infection and inflammatory pathways and suggests that this interaction may play an important role in the development of Parkinson’s disease. The next important step is to determine if the interactions between interferon and αSyn trigger the formation of the toxic forms of misfolded αSyn, called fibrils, that have been found in Parkinson’s disease.

The researchers suggest future studies are needed to look into the interactions between type 1 interferon signals in neurons and misfolded αSyn to determine if drugs that inhibit these interactions can prevent the formation of misfolded αSyn. This would result in a potential disease-modifying therapeutic approach that is needed for patients. 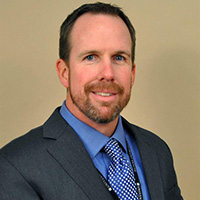