Obesity in Latin America is increasingly concentrated among women of low socioeconomic status, but surprisingly little is known about what such women eat or how their diets compare to others. 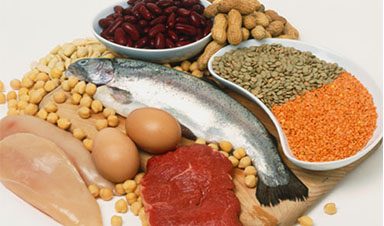 Yet in a study published recently in the American Journal of Human Biology, researchers at the CU Anschutz Medical Campus, in collaboration with colleagues at CU Boulder and the University of Costa Rica, tested an explanation for greater obesity among these women: limited access to dietary protein leads them to consume a lower proportion of protein in the diet, driving higher calorie intake and obesity.

“Studies conducted in a laboratory setting show that when people eat a diet with a lower proportion of protein, they tend to consume more calories,” said lead author Traci Bekelman, a post-doctoral fellow in pediatrics at the CU School of Medicine. “We tested out this relationship between protein and calories in a real world setting in order to provide insight into rising obesity among the poor in Latin America.”

According to the report, the majority of research on the dietary causes of obesity has focused on carbohydrates and fats. This study suggests that explanations for obesity, especially among populations with limited access to food, should not overlook the potential role of protein.

The protein leverage hypothesis predicts that protein intake is more tightly regulated by the body than intake of other macronutrients. If one does not eat enough protein, in grams, to achieve the body’s intake target, an appetite for protein drives individuals to keep eating and could result in excess calorie intake and obesity.

“One possible explanation for this unexpected finding is that women of low socioeconomic status cannot afford to continue eating until they reach the body’s protein intake target,” Bekelman said.

According to the report, researchers were surprised to find that over half the women in the full sample did not meet their protein requirements, revealing a potential public health issue, especially because the protein deficit is among women of childbearing age.

The cross-sectional study used a random sample of 135 women from San José whom researchers placed into one of three socioeconomic categories. Researchers interviewed the participants over a nine-month period to collect information on their body mass index and what they ate and drank.

The study should not be interpreted as a causal link between protein intake and obesity and had a number limitations related to study design. The report recommends that further research on the protein leverage hypothesis should include studies that measure energy balance by simultaneously collecting data on energy intake, energy expenditure and body weight.

At CU Anschutz, scientists engage in high-profile academic studies resulting in discoveries that contribute new information about the nature and treatment of disease to the rest of the world.