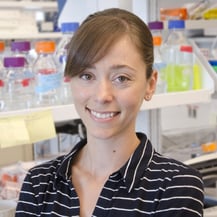 Fertilized egg cells are loaded with maternal molecules that control the earliest steps of embryonic development. A critical stage of development is when the embryo destroys these inherited molecules and begins to make its own. These molecules include proteins and messenger RNAs (which encode instructions for making proteins). Existing research had identified how messenger RNAs are destroyed, but how maternal proteins are discarded, however, has been unknown.

According to the study, published in the journal eLife, researchers discovered the presence of the Marie Kondo protein by screening ~150 possible enzymes using a trick where destruction of maternal proteins could be seen with fluorescent microscopy. After months of work, they identified the enzyme and gave it the name “Marie Kondo.”

“Ordinarily, when we talk about getting rid of maternal gene products, we tend to focus on mRNA, or the coded information for making a protein,” says Olivia Rissland, assistant professor of biochemistry and molecular genetics at the University of Colorado School of Medicine and study co-author. “However, we don’t often talk about destruction of the proteins themselves. One implication of our study is that, during early stages of development, destruction of maternal proteins might be more tightly controlled than we had thought.”

Rissland says this discovery opens the door to more research into embryonic protein destruction. “The reason why we started looking at these proteins is because they control RNA. Now, we want to see what other proteins are destroyed and how protein destruction affects early development, not just in fruit flies, but in other animals too.”