A new scientific statement informed in part by the research of Ethan Cumbler, MD, a CU School of Medicine professor, aims to change care of in-hospital stroke patients worldwide.

Every 40 seconds, someone in the United States has a stroke, which – if not treated quickly – often leaves victims with devastating disabilities. While clear stroke treatment guidelines in emergency departments have resulted in rapid care for years, for a unique patient population that suffers in-hospital strokes (IHS), the treatment hasn’t always been so speedy.

Now, new guidelines are set to close that gap in hospitals around the world, thanks, in part, to the work of Ethan Cumbler, MD, professor in the CU Department of Medicine and Division of Hospital Medicine.

In-hospital strokes affect between 35,000 and 75,000 hospitalized U.S. patients annually and often occur among patients who have undergone a recent procedure, operation or invasive diagnostic test. Treatment for IHS is frequently delayed compared to patients arriving at the emergency department with traditional stroke symptoms, contributing to higher rates of morbidity and mortality.

Igniting a quest for a solution

Nearly a decade ago, Cumbler, then a hospitalist at UCHealth University of Colorado Hospital (UCH) who served on the hospital’s stroke treatment team, noticed the gap in stroke care after receiving a consultation for a patient who developed new neurological deficits post-surgery.

Even though the strokes were happening in a hospitalized, highly monitored setting – IHS patients faced systematic barriers that prevented early treatment and quality of care, Cumbler said. The experience inspired Cumbler. “It was time to rethink how the system was designed.”

‘As a frontline clinician, the difference between the response in those two settings – the emergency

department and the hospital ward – was palpable.’ – Ethan Cumbler, MD

His inspiration led to several publications by Cumbler and colleagues to highlight the systematic changes needed in hospitals, beginning with UCH, and to standardize care for IHS patients. Cumbler and colleagues also worked with the American Stroke Association on outlining the need for targeted quality improvements for IHS.

Now, a decade since that patient consultation, Cumbler’s work is going global.

The first scientific statement on treatment for IHS was recently published by the American Heart Association at the International Stroke Conference. The statement outlines five elements for hospital systems to target to reduce delays and optimize treatment to improve outcomes for patients who experience IHS:

“The scientific statement serves to raise awareness of the importance of in-hospital stroke, identify discrepancies in care processes and outcomes, and serve as a call-to-action to improve systems of care in hospitals around the country and around the world,” Cumbler said. “We must improve so that we can provide the level of timely, high-quality and safe care to those who suffer complications like stroke during hospitalization that patients deserve, and clinicians strive to deliver.”

The announcement of the statement comes on the anniversary of Cumbler’s first post-surgery stroke patient consultation, bringing it full circle. Last year, Cumbler had a chance to meet again that first patient and the catalyst of his IHS research.

“I’m happy to say he is doing well. I told him that my experience with him transformed the direction of my career,” said Cumbler. “And I’m proud to say now that the response to a patient just like him within our hospital and in many hospitals around the country is faster, more efficient and more likely to result in effective treatment than it was a decade ago.” 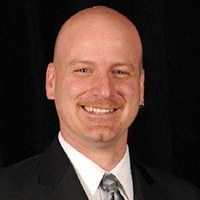