Home News Something to Believe In back to News

Third in a series: As we move forward from one of the most challenging years in memory, the role science plays in our lives and the health of our planet is more important than ever. From studying the tiniest organisms on Earth to celestial bodies in space, scientists continue to push the boundaries of discovery. Given the abundance of brilliant minds at the CU Anschutz Medical Campus, we are launching a new series for the CU Anschutz newsroom. In it, our own scientists will contribute their thoughts on “Why Science Matters.” If you would like to contribute to the series, please reach out to Chris Casey, director of digital storytelling, at Christopher.casey@cuanschutz.edu.

As you might imagine, this is quite a time to be a scientist who does vaccine-related research. Usually, mentioning my chosen profession as an immunologist is the fastest way to get the crickets chirping at a cocktail party, but now I cannot get out of conversations with complete strangers in less than a half an hour if they find out what I do for a living.

I am actually grateful to have the chance to answer questions for people and gratified when it seems like the information I gave was useful or reassuring. Buried beneath the questions about how vaccines work, are they safe, will they change my genetic code, which ones have microchips in them, and will my cell phone reception be better after my first or second shot, I have noticed an undercurrent of unfamiliarity with science in general.

So perhaps this is a good moment to clarify what “science” is.

Science is a process

Prior to being asked one or more of the questions above, I often hear someone express the disclaimer, “You know, I do believe in science, but I just have a few questions.” While I get what they think they mean by that (climate change is real, the universe really is 13.8 billion years old, and they are not “against” vaccines), it is important to make sure the expressed belief is properly placed.

“Science” is not a static set of answers in which to believe, though of course science does find answers, and some of them continue to be confirmed as true over a very long period of time. It is not even a list of facts in which to believe, though we do have many lists. It is not group of people on behalf of which to declare our confidence and agreement, which is for the best, because we are quite a diverse and cantankerous bunch.

Science is really a process – it is a “way.” It is a method to which we commit ourselves because we have found over time that the next best answer most likely will be found by following its core set of principles. Confidence in the reproducibility of this outcome is to some extent an act of faith because we cannot actually prove it is true. It just always has been. But this applies to almost everything, including gravity, and in the same way that it would be life-threatening to begin behaving as if gravity were negotiable, it would be similarly foolish to doubt in the reliability of the scientific process properly executed. Because it is a process, it is not unidirectional. It usually moves in the direction of progress, but sometimes we do find out in hindsight that for a time it was moving backwards.

The answers we get are rarely final. They are more often the best ones we can give at the present time and with the present level of knowledge and understanding. It is usually enough to form another hypothesis, determine its predictions, and go about the difficult work of designing experiments in such as way as to make the next best conclusion possible when we are done.

Sometimes the process works quickly. Sometimes it takes longer. But however long it takes, it also builds upon itself such that the size of the mistakes one could make a year into the process are considerably smaller than the ones that could have been made in the beginning.

This is one reason (of many) that the classic science-slamming trope – yeah, well, science used to tell us smoking was safe – just doesn’t hold weight anymore. It’s like telling a college graduate that she isn’t so smart because she didn’t always know the names of colors – when she was 3.

Something to believe in

So “believing in science” is really all about being committed to a method. This is really important to get clear, because if it were just about agreeing with answers, then eventually “science” would be in trouble. Everyone wanders into unknown territory, scientists more often than most, and by definition, the unknown is a place where previous answers are not as helpful as you thought they might be. In those moments, what you really need is a way, a method, a process by which the next best answer can be identified. You commit yourself to that way and follow the map it produces. That's science.

I think it is entirely fair to critique scientists for how well they adhere to the tenets of the method without bias or prejudice. Science as a process is reliable only when properly executed. But neither the scientists, nor science itself, should be critiqued for the fact that answers change. I know that’s frustrating, but that’s actually science working as it should.

Face masks started off as a bad idea at the beginning of the pandemic. Obviously, that changed. Which is to say, before we didn't know as much, but we learned stuff because we followed a certain way. That way is something worth believing in. 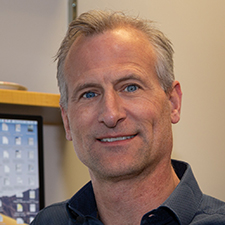