Home News State of the School of Medicine: Strong Upward Trend Continues back to News

Dean John J. Reilly, Jr., MD, outlined key initiatives for the CU School of Medicine in education, research, and community service in his annual State of the School address on Jan. 8.

The School is implementing a curriculum update for medical students that will thoroughly integrate basic science with clinical training. The update will also format clinical training into longitudinal integrated clerkships, in which students participate in comprehensive care over time.

“It’s been labeled ‘The Trek’ and is due to launch in the fall of 2021,” Reilly said. “The new curriculum moves up the clinical rotations into the second year as opposed to what was the traditional third year. … The clinical curriculum will transfer into a completely longitudinal and directed curriculum.” 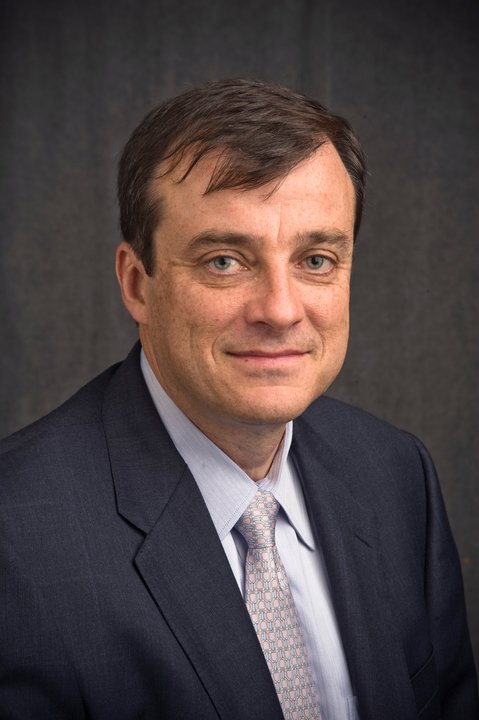 The School already has successful longitudinal integrated clerkship training at Denver Health and at the School’s branch in Colorado Springs. A pilot will launch this spring in Fort Collins, where the School will be opening a branch in partnership with Colorado State University in 2021.

The goal in such training is to help keep people healthy rather than treat them only when they are sick.

“We will be asking people to look at societal factors that influence health and focusing on how to keep people healthy rather than just diagnose them when they’re sick,” Reilly said. “It should be an exciting time and filled with a lot of work between now and the fall of 2021.”

The School will be restructuring its data analytics training and services so that they are organized in a way to provide a resource for researchers as they collect and need to analyze ever-larger data sets, and to teach others how to properly maintain and interpret the information.

“It does not make any sense to have made the investments in all these new technologies and new science on the campus … and not be able to process the data with state-of-the-art techniques,” Reilly said.

To address that concern, the School leadership is evaluating proposals to organize the work of analyzing large data sets and teaching people how to do it. He said the structure is currently under discussion and will be selected in a couple of months.

“We’re going to have to start recruiting people, both a workforce to meet the service needs as well as people who have the capacity to grow into thought leaders and developers in these fields, and that will be a primary focus for us over the next couple of years,” Reilly said.

The School is partnering with Salud Family Health Centers to open a primary care clinic in Aurora that will serve as a cornerstone for a larger development project that aims to address the social determinants of health.

The temporary site for the clinic will open next week, Reilly said. The goal is to provide primary care in parts of Aurora where there is significant unmet need. According to an analysis of three ZIP codes – 80010, 80011, and 80012 – there are an estimated 48,000 people who do not have providers of primary care.

“For those of you who work in our emergency rooms on this campus,” Reilly said, “you know that part of the way that that unmet primary care need is being met is by people coming in to the emergency room when they need care because they are not connected to primary care.”

Reilly said Salud has purchased a 27-acre parcel of land at the corner of Airport Boulevard and Colfax Avenue, which will be developed as a permanent home for the clinic, which is a federally qualified health center, and other services that are intended to help residents have healthy lives.

Reilly said the School is able to pursue these initiatives because of the dedicated clinical work of faculty, strong partnerships with clinical partners that invest in the School’s programming, and growing philanthropic support.

The School of Medicine employs nearly 3,700 faculty, an increase of nearly 1,000 in the past five years. The majority are members of the CU Medicine practice plan, which provides most of the revenue to run the School.

Partnerships with affiliates are vital to the School’s success. UCHealth and Children’s Hospital Colorado on the Anschutz Medical Campus provide significant financial support for initiatives, even as they focus on providing clinical care to a growing population.

“Our hospital partners also contribute to the research enterprise,” Reilly said.  “Personalized medicine, Health Data Compass, the Cancer Center, chair recruitments, in a number of ways. We would not be able to put together the packages to attract the talent we need without that kind of investment.”

‘It does not make any sense to have made the investments in all these new technologies and new science on the campus … and not be able to process the data with state-of-the-art techniques.’

Philanthropic support has increased significantly too.

The philanthropic support has led to an increase in endowed chairs.

“We are up 26 chairs over the last five years, so roughly five new chairs a year,” Reilly said. “In addition, there are pediatric chairs at Children’s and an orthopedic chair at University Hospital and UCHealth, so the total number of endowed chairs supporting our faculty now is roughly 157. That is important ongoing support that provides freedom to the faculty to pursue higher-risk projects or frees up their time to pursue educational research.”

The School also has received significant gifts to support scholarships.

“This year, The Anschutz Foundation agreed to put $5 million of their gift to the campus into the endowment to support medical student scholarships,” Reilly said. “We have a grateful alumnus, [George] ‘Doc’ Lopez, who lives in southern California and who attended CU on a scholarship when he was a medical student, who is funding eight full four-year scholarships. Once again our faculty practice has committed $1 million to the scholarship funding this year and we have an active campaign targeting our alumni to get them to contribute to endowing student scholarships.”

Scholarship funding is critical to help students address rising costs because enrollment is limited to 184 medical students per year.

To help limit debt for students, the School has taken several steps, including guaranteeing a level tuition for each entering class.

“The result of all these interventions – freezing the accountable student fee, level tuition, getting rid of student fees – is that it basically costs the same to go to medical school here now as it did five years ago. For in-state residents, the overall cost is up a little bit more than 1 percent and for out-of-state of residents it’s up less than 1 percent over that five-year time period.”

Key Issues for the Future

Because the School is dependent on the clinical work of its faculty to help pay for the costs of providing medical education and to have a top research enterprise, Reilly discussed several concerns that could affect those revenues.

Colorado governmental leaders are reviewing options to create a public option plan for those who buy individual health insurance plans. Current discussions would set rates for hospitals, which in turn could affect the support available for school programming.

Another key issue is the aging of the American population.

“With the aging of the Baby Boomers and then the Echo Boom, with the decline in birth rates in the United States, in 2034 there will be more senior citizens than kids for the first time in U.S. history, and that has serious implications for our health care system,” Reilly said. “You say, ‘2034, that’s a long time away.’ That’s the equivalent looking forward to looking back to the beginning of this campus, right? Fourteen years. Not so long. Probably within the careers of at least most in this room.”

As the number of older Americans increases, there will be fewer younger people contributing to the funding for Medicare at a time when the country already is running major budget deficits.

Reilly said that payment methods for health care will continue to change from fee-for-service reimbursement to other payment mechanisms, such as bundled payments, capitated payments, payment for performance.

Despite the changes that could happen, the School of Medicine has an advantage that many other academic medical centers do not.

“So unlike academic medical centers on the East Coast and some of those on the West Coast who have multiple academic medical competitors in the same urban area, we do not. We have to compete with non-academic systems and we should compete against those systems, but we are the only academic show in town.”